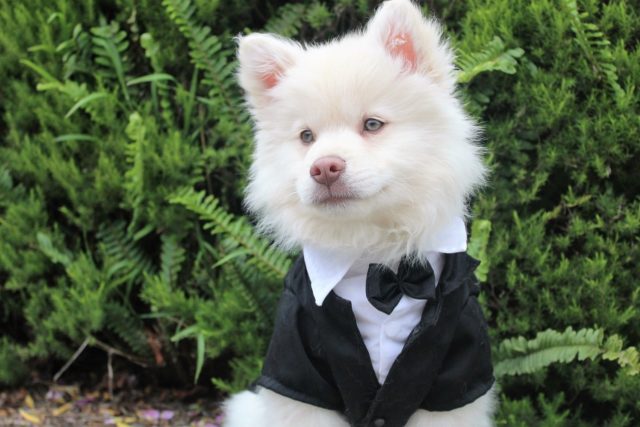 Darius Brown, a 12-year-old kid, helps shelter animals get adopted by providing them with stylish, self-made bow ties. He gives out these handmade bow ties to animal shelters. This way, the animals will get more attention, and people will be attracted to adopt them.

Brown was only eight years old when he started cutting fabric to create bow ties as a way of helping his older sister. This is how his creativity and motor skills improved. Using this particular skill, he decided to change the world for the better.

He also founded the Beaux and Paws company when he’s only 11 years old. It’s a pet couture facility which specializes in creating stylish and unique bow ties for pet owners and their furry pals.

WWII Vet on Tour to 50 States, Dogs With Bow Ties

Good morning! This World War II vet is on a mission to meet the governors of all 50 states.

Now, as CEO of a fantastic company, he wants to give back to the community. He effectively does it by donating bow ties to various adoption centers and animal shelters in the United Kingdom and the United States.

He has over 46,000 followers on Instagram, and he continuously makes an effort to spread kindness and compassion. He uses various means of inspiring people to support his endeavors.

In 2017, a lot of pets lost their homes and were taken to animal shelters. Brown wanted to rescue these types of animals, and the least he can do is to give them some “upgrade.”

Brown gave shelter pets some elegant and cute bow ties. This aims to make the animals, especially dogs and cats, stand out more. If people notice them, there will be a better possibility for these animals to get new owners.

This boy’s kind act got recognized by a lot of celebrities and public figures like Kenya Moore, Allen Houston, and Les Brown. Former President Barrack Obama also sent Brown a recognition letter. He praised the boy’s commitment to improving the community.

Brown also received a lot of awards such as the Outstanding Achievement Award, Leadership Award, and Youth Changer Award. Despite his achievements, he remains humble, and he continues to encourage the public to step forward and make a positive change.

Thank you to NowThis Daily for this beautiful story.