Home Dog Videos A German Shepherd Who Unleashed All Her Doggy Tactics To Get The...

Dogs have different ways of getting what they want, but one of their most-used tactics, which is quite effective, is using their charm. This fact was clearly shown by Gretchen, a German Shepherd who’s trying her best to convince her mom to give the sweet little treat that has caught her eyes: leftover cake icing on the table. 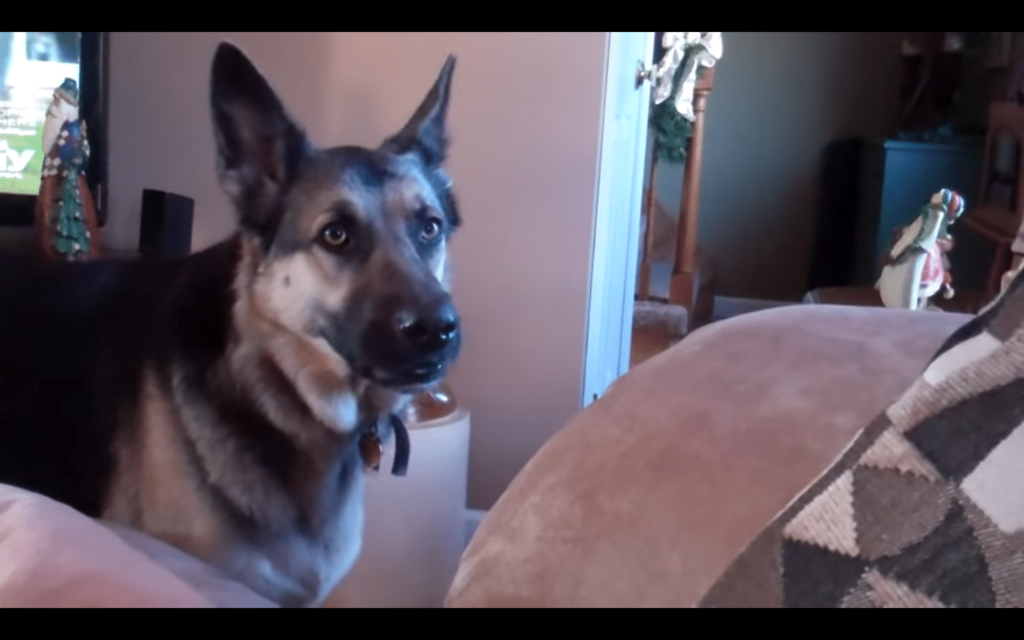 This lovely dog, just like any dog, has tons of ways of convincing her parents to give her what she wants. And one of the first tactics she tried to use was whining.

Dogs love this tactic so much because it never fails to provide good (and quick results) every time they’re using it. But it seems that it wasn’t a lucky day for Gretchen, as her whining tactic wasn’t as effective as she had thought. Her mom still didn’t allow her to have the tasty treat lying on the table.

But Gretchen is not a dog who would give up easily. Seeing that her first attempt wasn’t successful, she immediately unloaded her secret weapon that would surely finish the job: her charm.

Gretchen gently put her head on her mom’s lap and flashed her charming face and pleading eyes. While other dog owners might have already fallen for this trick, it seems that her mom has already learned how to deflect this tactic. 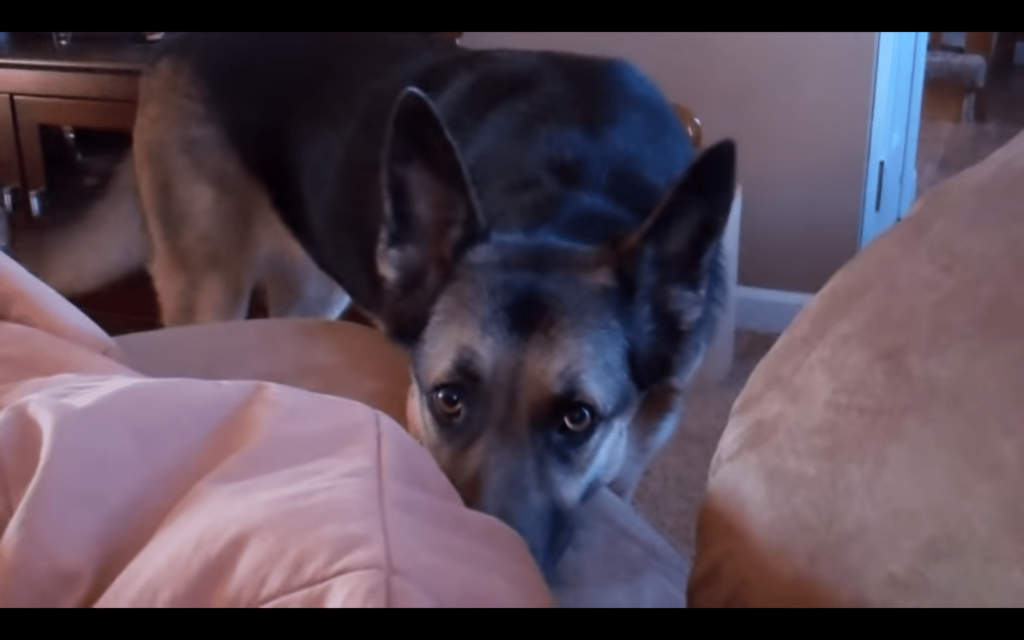 Maybe Gretchen’s mom was just testing her on how many tactics she would be willing to show to get her icing treat. Or maybe, she’s just showing that she can see through her dog’s deceptive abilities, proving that she’s always one step ahead of her charming yet slightly deceptive canine. With this, it’s clear that Gretchen still has a lot to learn when dealing with her parents, especially with her mom. And if there’s any lesson she has learned from this situation, it would be that two tricks alone are not enough to accomplish her mission.