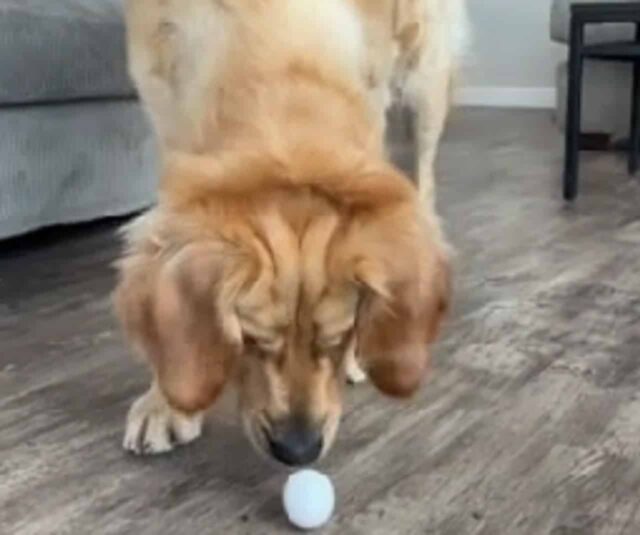 Whenever you give new objects to dogs, they can’t contain their excitement and immediately play with them. It even comes to a point where canines accidentally damage the object due to playing excitedly with it.

Thus, a dog who’s happy over its new “ball” ends up getting disappointed after learning the toy’s a raw egg in reality. And, in its efforts to send the suspicious egg off, the pooch ends up breaking it instead.

In this super comical video clip, Goose, a brown-furred pooch, happily jumps on the wooden floor of a living room. Looking more closely at the scene, you’ll notice a white oval object on the floor. 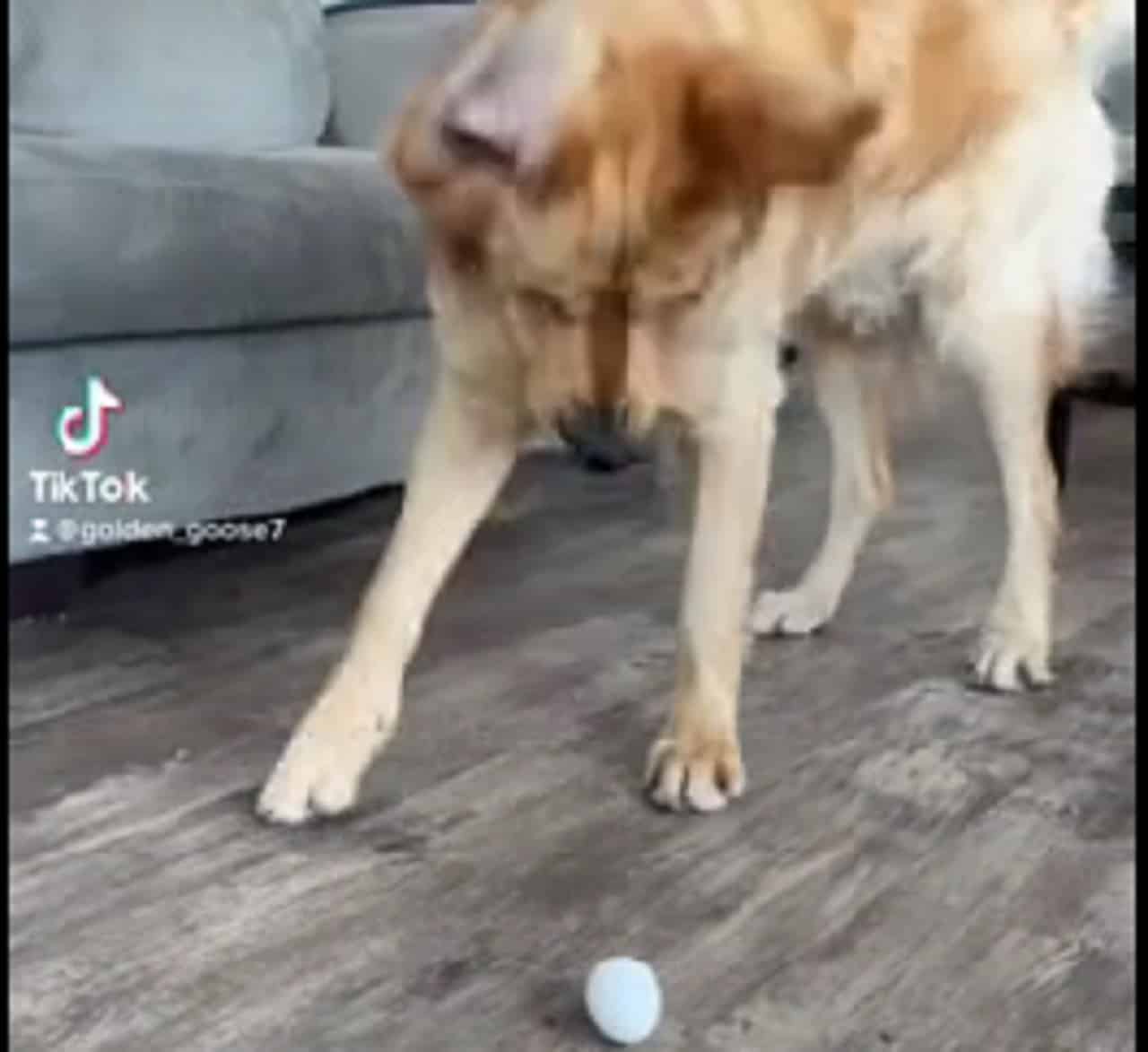 With how things look at the moment, Goose thinks that the white oval object is his new ball. Thus, in celebration of receiving a new toy, the doggo carries on with his jumping spree, ecstatic to play with it.

But, Goose suddenly notices that the white oval object doesn’t roll as much as a ball. With this, the wary canine then steps back and watches the “ball” from a distance.

Oops, am I in trouble, Mom?

After a few seconds of hesitating, the doggo musters the courage to approach the “ball” and begins sniffing it. On and on Goose goes with his sniffing spree until he finally learns that his new “ball” is an egg in reality.

Annoyed at how he’s fooled by a humble egg, the doggo lashes out and begins thumping the floor to make it go away. At some point, Goose even pushes the egg with his snout. 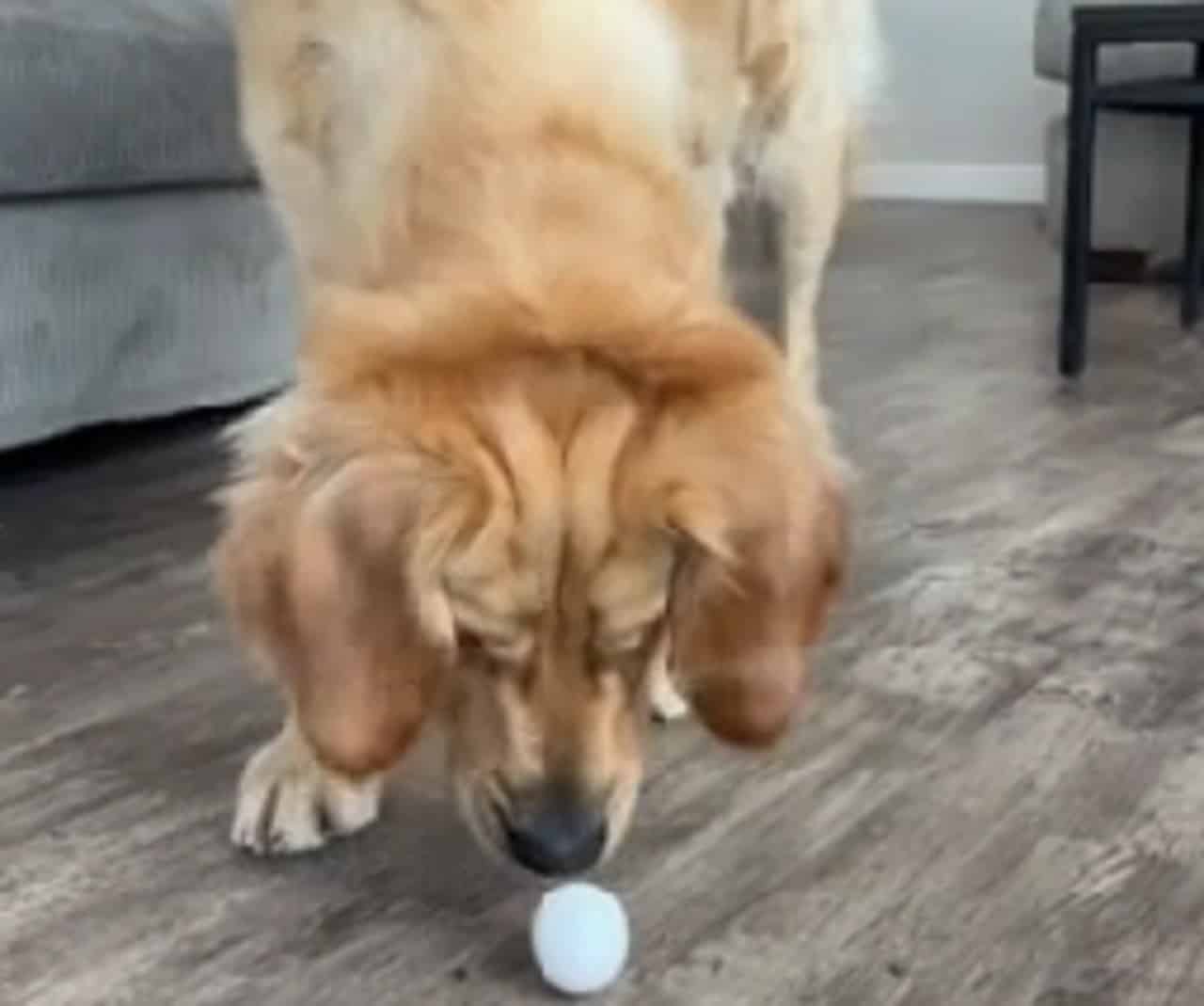 But, instead of making the egg go away, it ends up rolling in the dog’s direction, further riling Goose up. With this, the irked pooch carries on thumping on the floor, but not without stepping and breaking the egg in the process.

How do you think Goose reacts after breaking the egg? Don’t miss out on this funny footage by clicking “Play” below.