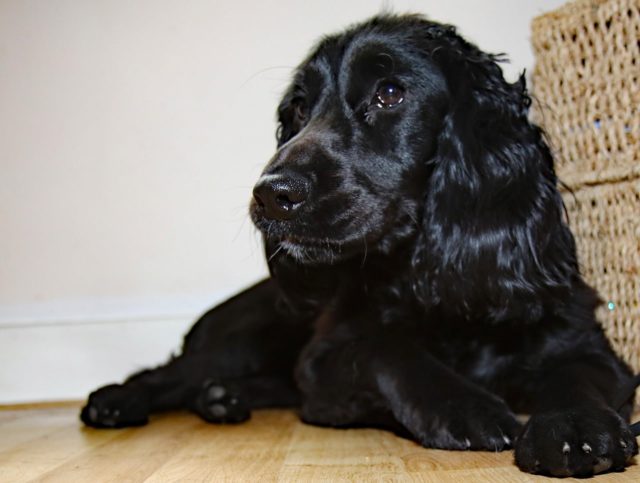 Apparently, that was how a cocker spaniel named Olive lived most of her life before her owners adopted her.

With all the cars and traffic that one has to struggle through in the city, imagine what Olive’s life could have been in the streets, blind.

Olive wasn’t always blind. When she started to develop cataracts on both her eyes, that was when she realized how dark life is when you couldn’t see.

Fortunately, her owners, Holly Emmerson and her husband Bart, rescued her from the streets of LA.

When they did get her, she was already in desperate need of cataract surgery, but raising money for the operation took a bit more time. But with perseverance and determination, Holly and Bart were able to raise money for Olive’s surgery with the help of friends, family, and the West Coast Cocker Rescue.

After the surgery, Olive was finally able to see again. She was ecstatic and was just so excited about seeing again after three long years.

Unfortunately, though she was able to see after the surgery, there was so much pressure in her eyes that it was painful for her. And even after the pressure dissipated, she was no longer able to see.

The vet recommended having her eyes taken out altogether to stop her from constantly being in pain. It was a decision that Bart dreaded.

Thankfully, even after having lost her sight again, Olive has become a very important part of their family. Despite having lost her vision, Olive is still a playful, rowdy, and lovable dog.

And Holly and Bart will stop at nothing to keep their family happy.

We thank Holly and Bart for sharing Olive’s story in the video below.

A Dying Hummingbird Is Saved By A Rescue Dog, And The Two Of Them Have Now Become BFFs