Home Dog Videos Boy Fell To His Knees And Cried Happy Tears When He Finally... 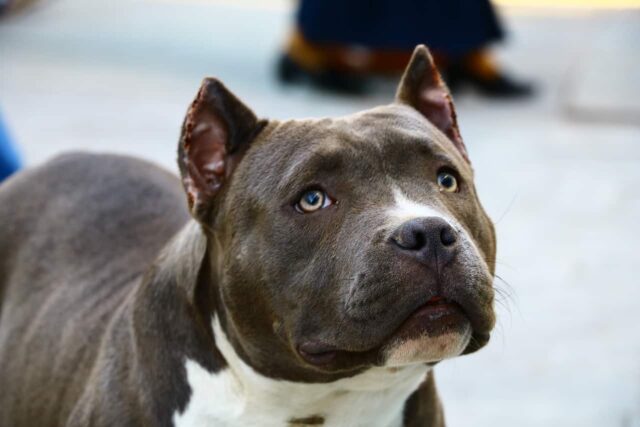 The special bond between a dog and a boy is like no other. It’s so special that it can’t be compared to any other relationship.

What if that very much loved pupper went missing? What would be left to the boy who gave his whole heart to his beloved dog?

Most pet owners would confidently claim that their dogs would never run away. As sad as it may sound, dogs running away from their homes happen too often. What’s more bothering to think of is that no one knows when this would happen.

According to the Bandy family, Bruiser and Tyler surely share a very unique bond. So when the pit bull went missing, Tyler took it hard.

Jamie, Tyler’s mom, saw Bruiser chase a bunny. It was then that he lost his way home.

The family tried every trick they know. They made sure to do their best they could to lure the dog home.

Jamie even turned to social media to ask for help to find the missing dog. The family contacted animal control to help track him down. A towel owned by the family was even left out, hoping that Bruiser would smell it and eventually find his way home.

Still, nothing seems to work. And so, the family starting losing hope. They feared that they may never see Bruiser ever again.

Just as when the family is about to give up, Jamie received a life-changing call from the Highlands County Animal Control. They finally found what they have been looking for for 2 long months.

An idea sparked in Jamie. She knows too well how much Tyler missed Bruiser. So she kept the news a secret from her son. This is surely going to be a good surprise to him, she thought.

After all the necessary protocols and procedures, it was confirmed that the dog was Bruiser. Everything when smoothly. And in no time, Bruiser was finally home again.

Jamie made sure to capture every bit of this special moment. So she had her camera ready.

Later on, Tyler came to the room. Bruiser immediately noticed his human brother and eagerly rushed to his side.

Tyler could not believe his eyes. He halted in his tracks and quickly tossed the snack he was holding. He kneeled to the ground as he hugged Bruiser and cried happy tears for his safe return.

Bruiser is also happy to finally be in his brother’s arms once more. His crazily wagging tail says it all.

A Coin Company Helped A Man After His Employer Paid His Last Paycheck In Pennies – In Return, The Man Donated The Same Amount...