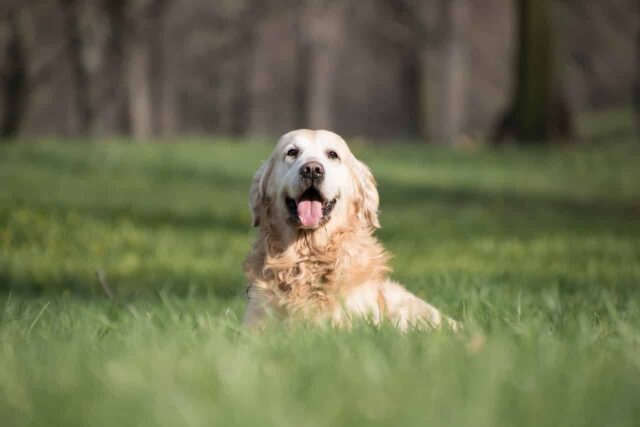 Kate Olson is an esthetician who lives in Peterborough, New Hampshire. She shares a home with her boyfriend, Curtis, and their two Golden Retrievers, Foxy and Walter.

When the couple decided to visit family members in Missouri, they knew that they couldn’t leave behind their beloved pets. They packed them in their car and drove over a thousand miles.

Sadly, Walter, who was scared and confused about his new surroundings and the strange people around him, was able to slip off his collar. He then ran away.

The couple quickly tried to chase their dog, but he was too fast. In just a few seconds, Walter was out of their sight. Their family and friends helped them search the area, but they couldn’t locate him.

Kate and Curtis stayed in the area for the next two weeks, hoping to find their dog. They sought help from the local dog organizations, using the internet to spread information about their lost pet.

A local volunteer-based dog rescue organization called Lost Paws Trapping heeded their call and called on all their members to help look for the missing Golden Retriever. Not only did they conduct a regular and thorough search, but they also asked for security footage from the residents.

Despite not finding her pet for almost a year, Kate did not lose hope. She was still receiving updates and possible sightings from dog organizations she joined. Then barely a year after Walter ran away, she received a call from Lost Paws Trapping.

The group received security footage showing a stray dog that looked very similar to Walter. He kept returning to this one house, and they decided to set a trap. They eventually caught the dog and sent a picture to Kate.

True enough, the dog was Walter. Kate didn’t waste any time and went to pick up her dog. When they finally saw each other once again, the relieved dog owner couldn’t help but cry. It had been a long journey, but the only thing that matters is that it ended with them being in each other’s arms again.