Home Bark Hope Dog And Pig Are Looking For A New Home Together After Their... 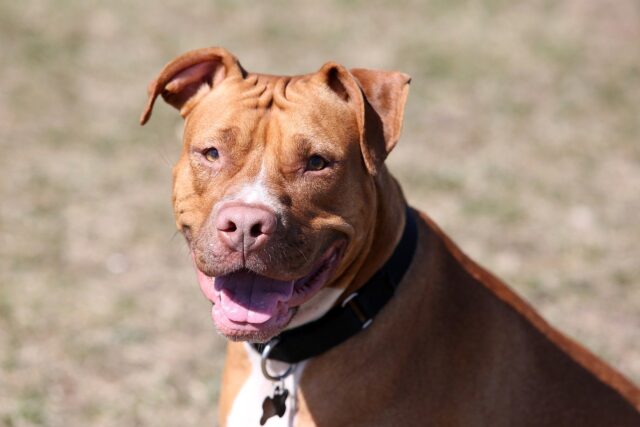 The potbelly pig, named Penelope Rose, and the pit bull, named Ruby Sue, are not exactly birds of the same feather. However, they are hoping to stay together as they hunt for a new forever family after their owner’s sudden death.

Jessica Overlock and her family from Arizona have been looking after Penelope Rose, and Ruby Sue since the pets’ owner passed away. Jessica was a close friend and next-door neighbor of the owner of these two adorable animals. When he was alive, Jessica was his pets’ caretaker whenever he leaves the house. Now that he is gone, Jessica is caring for his beloved animals again until they find a new home.

Jessica said that the man had no family in Arizona because they are in Ohio. They are not interested in the pets either. So, no one would look after Penelope Rose and Ruby Sue other than her. While these two may seem to alone now, they, thankfully, still have each other. Despite their apparent differences, Penelope Rose and Ruby Sue are filled with so much love for one another.

According to Jessica, Penelope Rose, and Ruby Sue do not seem to think that they are pig and pit bull. For them, they are just sisters. So, although it is quite seldom for people to be interested in adopting a pig and a pit bull at the same time, Jessica emphasized that it is non-negotiable to keep these bosom buddies together. She said that this was a promise she made when their owner died.

Update: Penelope Rose the potbelly pig and her big sister Ruby Sue the pit bull have been adopted together! ❤️❤️❤️ Story: https://bit.ly/2z7SX3Q

Since Penelope Rose and Ruby Sue’s story was first made public, Jessica has received lots of messages that she said she could not even respond to all of them. However, Jessica is looking out for a few things to ensure that the prospective family will be the best fit for the pet siblings.

Jessica hopes to find a family with no dogs or cats because Ruby Sue can get aggressive with them. She gets along well with humans and most likely with other pigs too. Although it would be nice to find a home within Arizona, Jessica said she would consider other candidates from across the country as long as they are the right fit. Thankfully, soon after, Penelope Rose and Ruby Sue found their forever home.