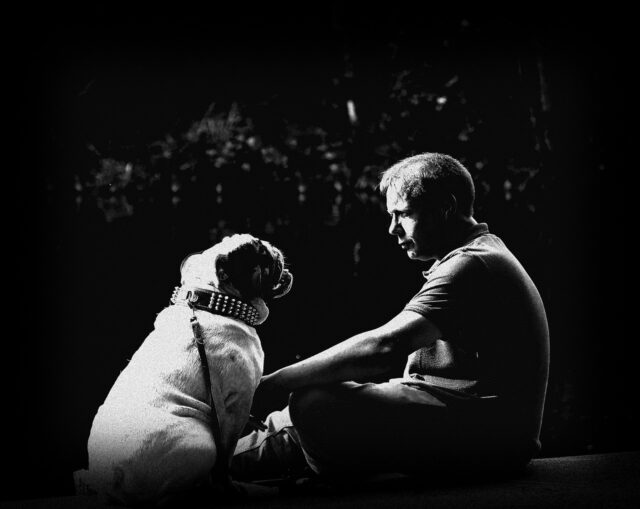 It’s good and pleasing to know that there are people on Earth who dream of a better world for everyone, including animals.

One of the social issues that each country faces is homelessness. Even First World countries deal with this problem of homelessness of individuals and animals. The government of each country is doing its best to solve this problem. However, they also ask help from the private sector to help in the cause.

A lot of non-governmental organizations all over the world are working hard to alleviate poverty and solve the stray animal population. These institutions try to provide shelter, and basic needs care to those who are in need.

One shelter in Rio de Janeiro, Brazil, has thought of a new concept for solving this global issue.

Professional journalist Glenn Greenwald has thought of creating a short film to feature the relationship between homeless individuals and stray dogs in Rio de Janeiro, Brazil. He wanted to highlight the love the homeless man and stray dog have for each other.

Meanwhile, Glenn has also thought of something to alleviate the homelessness of both humans and animals. Together with his husband, David Miranda, he put up a shelter for dogs whose employees are homeless. Glenn and David have two goals in mind in putting up their dream project: offering homeless individuals paid jobs and providing stray dogs with the care they needed.

To start with their project, David and Glenn have partnered with a local charity that provides temporary shelter to their employees. Their partnership with the charity will also provide clothing and counseling to their employees to help them regain the confidence to live a life out of the streets. Their employees were also assisted in opening their bank accounts for their transition to permanent employment.

Glenn and David also thought of sourcing their funds via GoFundMe. They needed to reach out to people even outside of Brazil to help the ongoing project.

Thank you, Glenn and David, for your unselfish efforts in helping the people to get back on their feet, and at the same time, improving the quality of the lives of the stray animals in Rio de Janeiro.