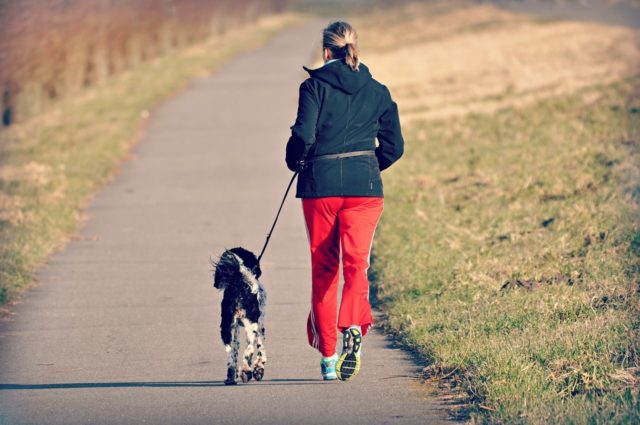 Dogs make the best companion, especially when we are out for an adventure. However, there are times when their presence might not be that encouraging or helpful. For example, you might consider asking your furry friends for some space while you do your workout.

A playful English Bulldog became a recent internet sensation for interrupting his human’s gym time. Alexis Karstetter was happily working out when the naughty pooch saw the opening of her cropped sweatshirt and mistook it for a tunnel. The hilarious video of the puppy trying to get his body to wiggle pass through Alexis’ shirt has been viewed more than 250,000 times on Instagram.

She was not alone as more videos popped up to show how dogs usually get in the way of their human’s workout sessions. One woman was trying to maintain her tabletop position, but her dog took the opportunity to jump right into her tummy. They ended up playing airplane as the energetic pooch tried getting up on the woman’s bent legs.

On another video, a beagle made his human a scratching post while the latter is trying to do some yoga. The woman was doing a downward-facing dog when her pup literally puts his butt on her upside-down face. The woman can’t help but giggle as his dog try to give her a wet kiss on her down-turned mouth.

Another athletic woman is trying to do some leg raises when her two huskies try to get her attention. She tried to ignore them and continued with her routine, but her dogs won’t allow it. They even vocally expressed their displeasure that the woman had to stop her exercise to order the two adorable huskies out of the house.

One of the funniest videos is of a man trying to run on a treadmill, but his mischievous pup is also trying to get in the way. The man even expressed how badly he needs the exercise, but his dog kept attacking the machine. It was so hilarious that in his attempt to stop the naughty pooch, he almost tripped.

The last video showed that our dogs could also interrupt us to show off their exercise routine. A tiny Papillon did some cute yoga poses as her human looks on. If you are serious about doing your workout, maybe try not to do it with them around. But if you don’t mind, let them be, make sure to film it so we could all laugh along with you!