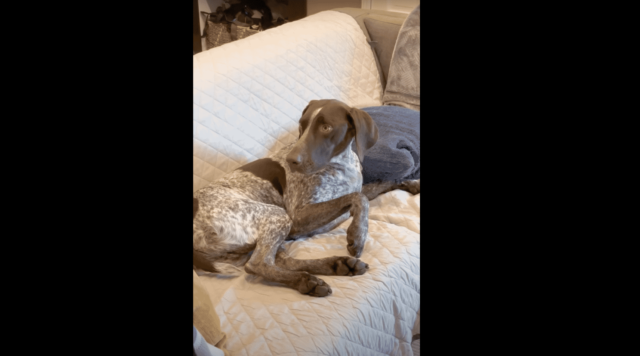 Children have very little or no concept of limits at all. As kids, we were prone to over-exerting ourselves and it just didn’t do anything good for us.

That’s what happened to this German Shorthaired Pointer named Walle. He went a little crazy on a recent trail hike with dad and his Golden Retriever sibling, Zazu. 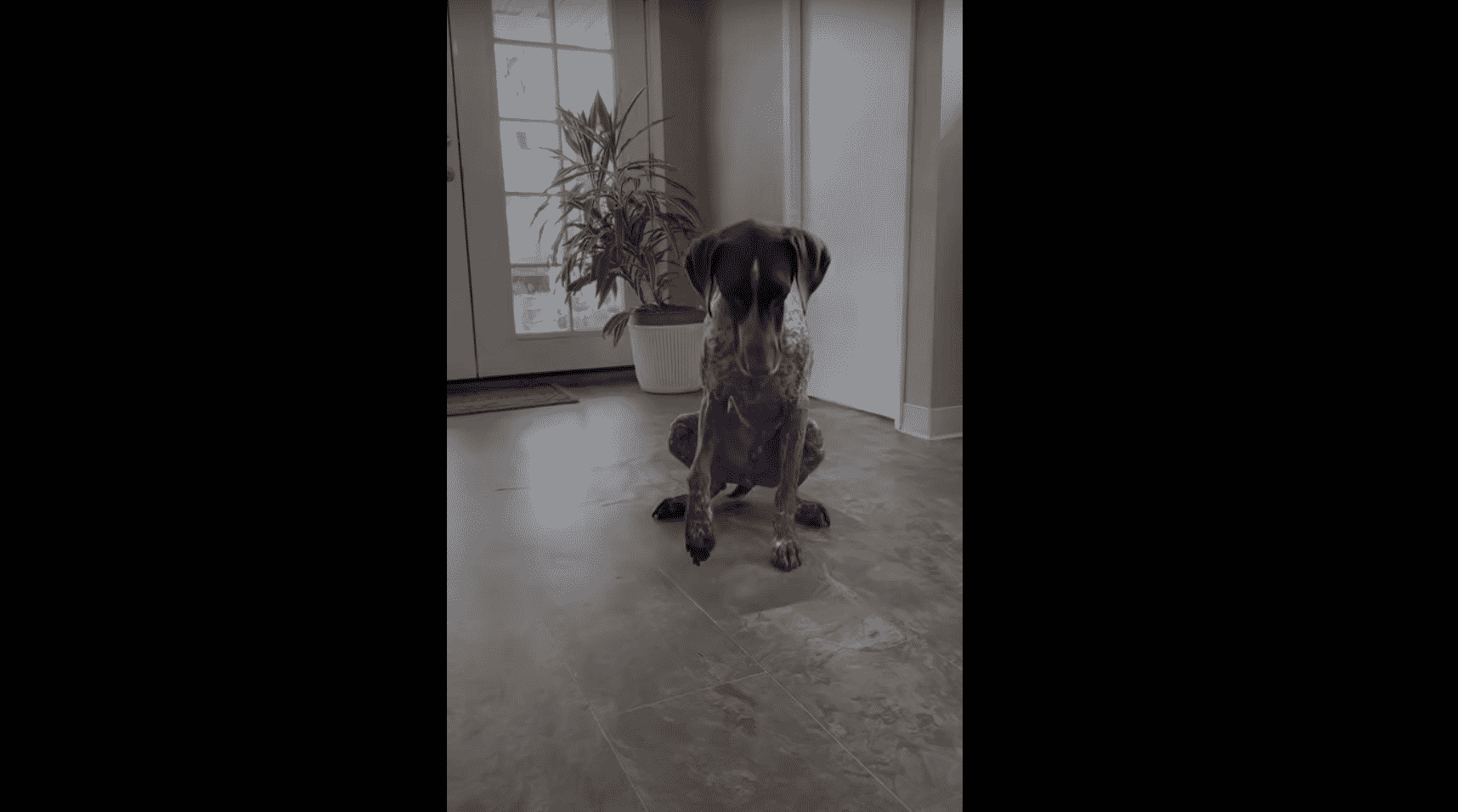 Walle felt soreness all over his body, but it’s his front right paw that suffered the most. Because he could barely stand, he mostly stayed sprawled on the floor.

His appetite didn’t change, though, but mom didn’t want to risk it. The pet might strain his body even more, so she carried him over to the sofa where he could rest. 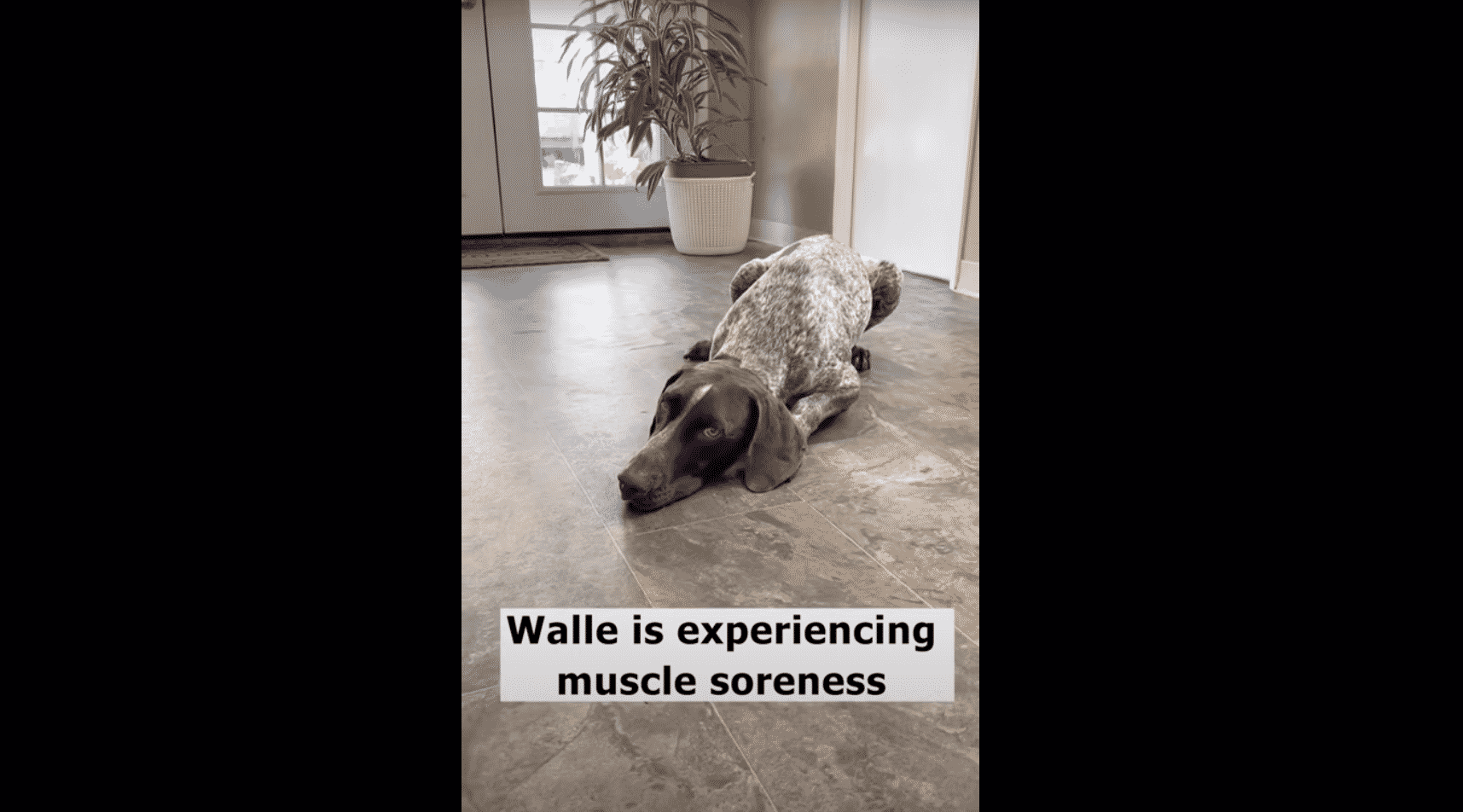 There, mom gave this lucky doggo some head rubs which helped him sleep more. Walle found the couch comfy, so he recovered fast.

A couple of days passed, and Walle continued his healing journey. Mom gave him the best food and care, so the pet was literally up and running just days later. 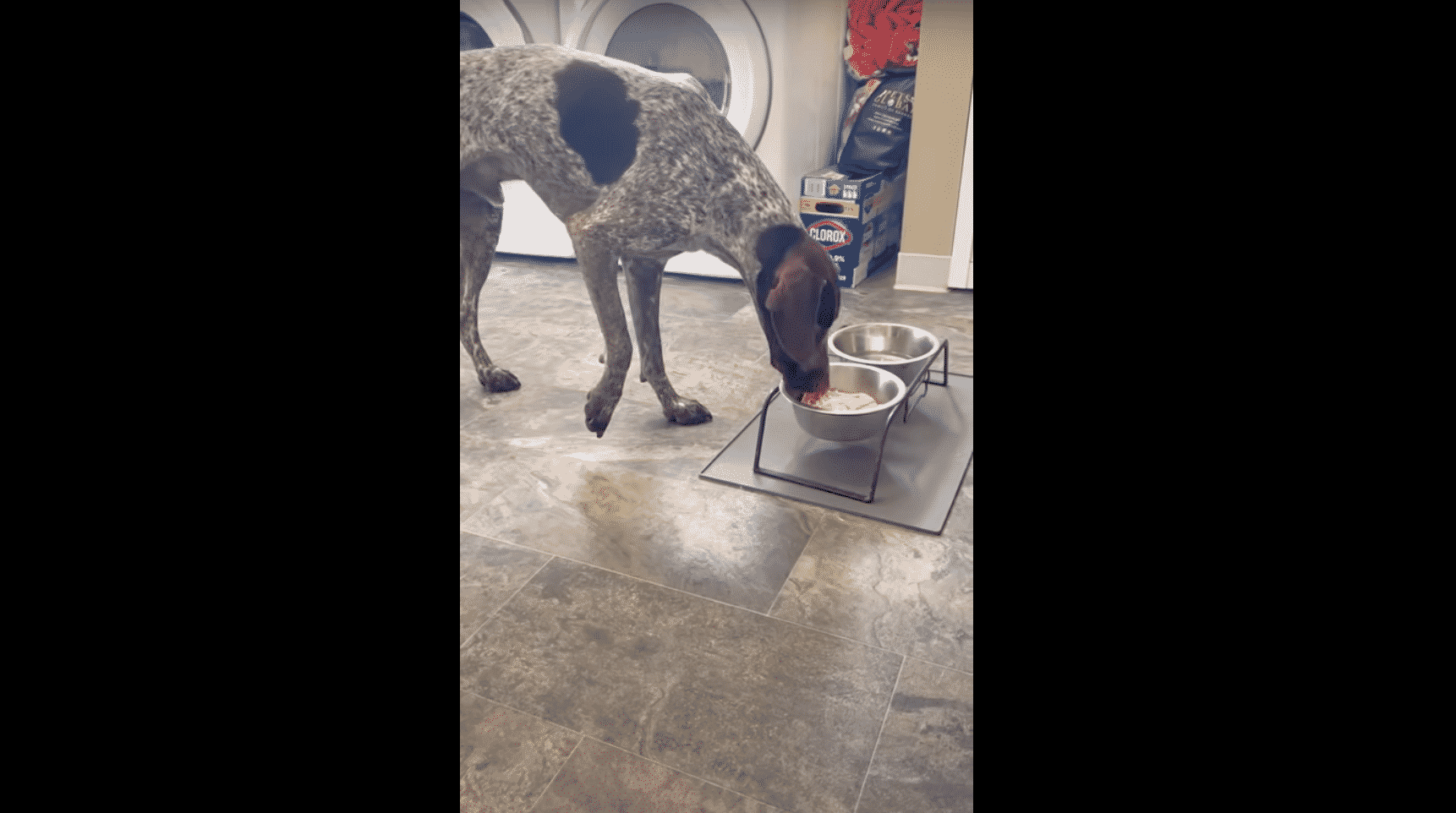 Walle loved going on treks and hikes with Zazu while their hooman dad biked. It’s the highlight of these pets’ days, but Walle tends to overdo it when he gets excited.

You wouldn’t think that just days before, Walle couldn’t even get up properly. That should teach this doggo not to have too much fun, but we doubt he’d grasp that concept soon. 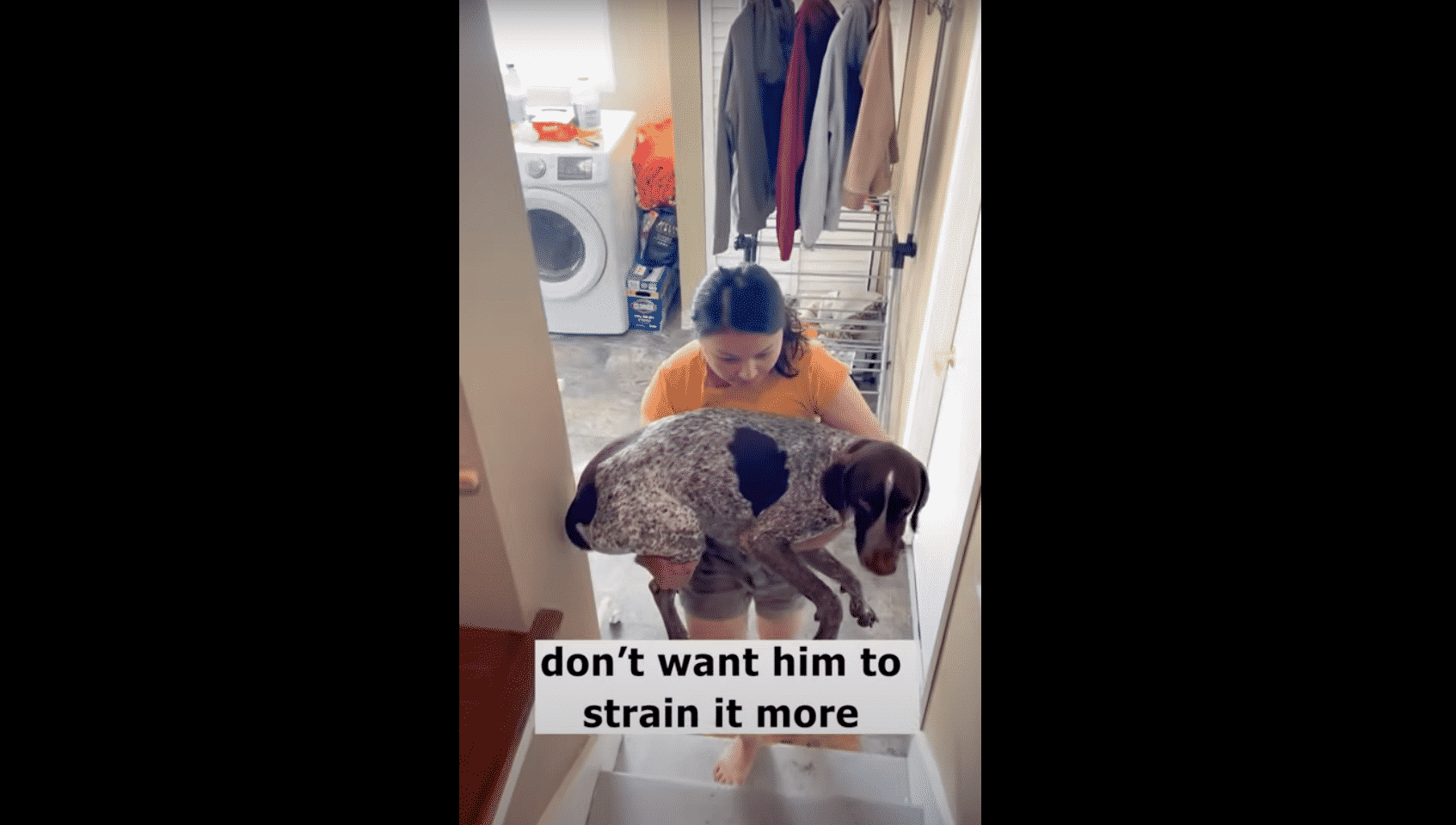 After this doggo recovered, he was back to his old ways. Dad was biking fast on that trail, but Walle zoomed past. He was so fast that he was a blur.

Zazu could only wag his tail and trot after dad, so we think this golden boy wouldn’t have problems like his brother would. 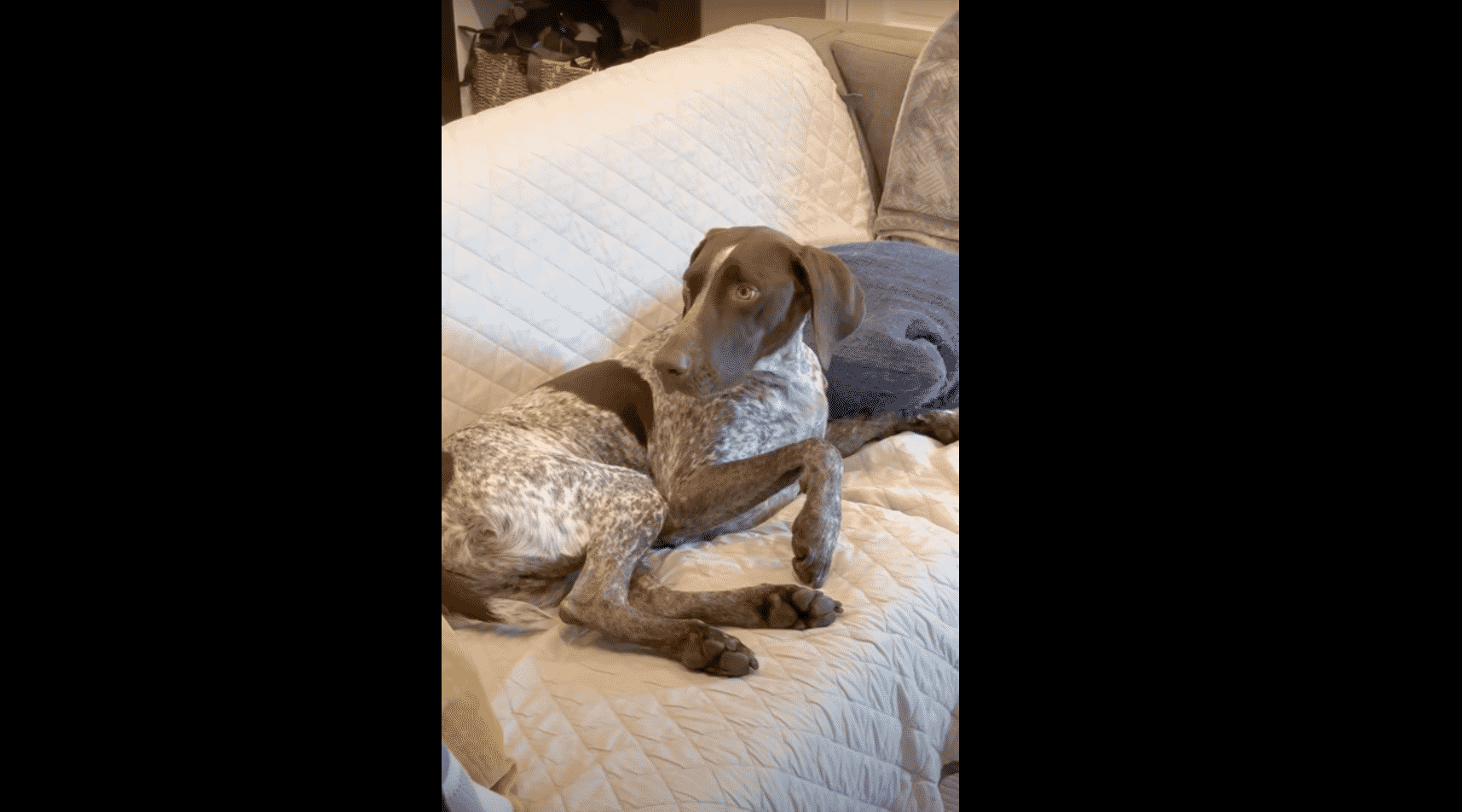 We’re glad that you’re having fun, Walle, but try not to have too much fun, okay?