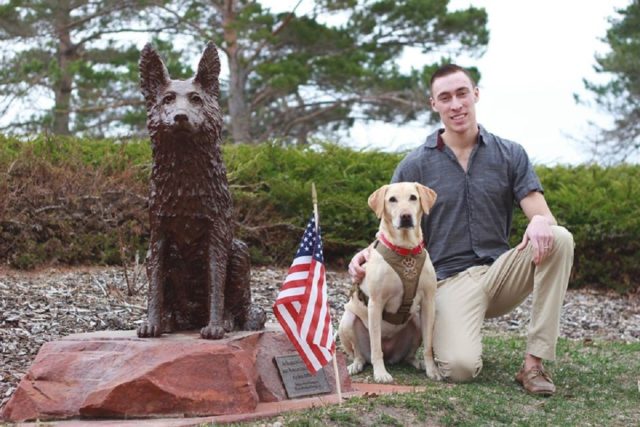 U.S. Marine Corps Sgt. Sam Lewis Wettstein had both arms wide open when he first caught a glimpse of his Belle, calling her to him. It was a moment Sam waited for so long after an arduous journey of making sure Belle would have a loving ‘Furever’ home. 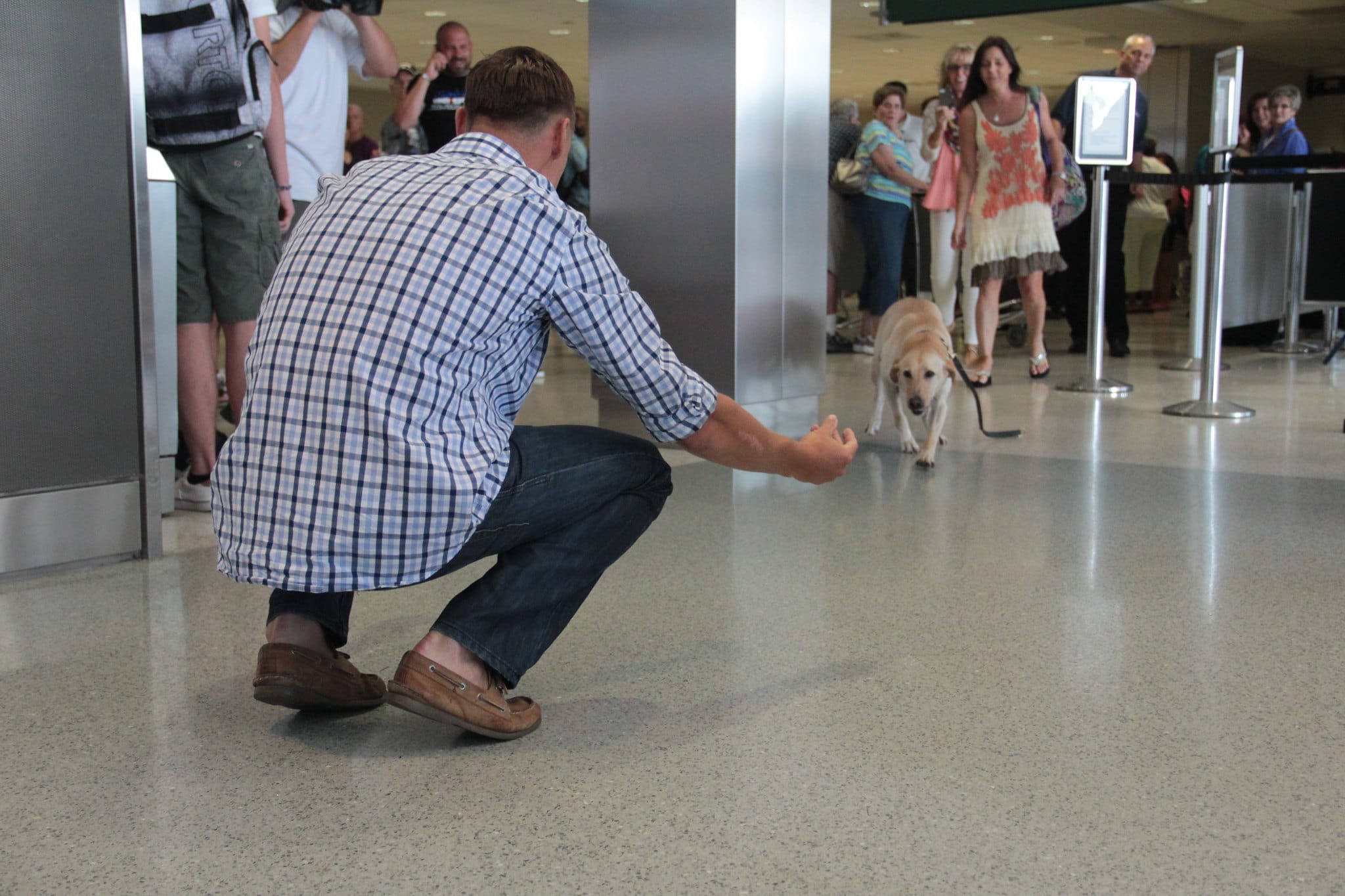 Deep affection reflected in both of their eyes as relief washed over them, now that they have conquered the obstacles of flying Belle over to California from the east coast. After their service in Afghanistan, they will forever become a family, at long last.

Belle T634, a military contract yellow Labrador Retriever, is an IED detection dog (IDD). She and Sam crossed paths when they trained together in North Carolina for a year. They instantly displayed great chemistry and got the “Top Dog Award” for that. Even then, their connection was undeniable.

For seven months, they had each other’s back through the unforgiving deserts. Sam had her to occupy his mind whenever his thoughts wander about home while he would take care of Belle’s every need.

They developed such a strong bond causing Sam to apply for Belle’s adoption while in Afghanistan. Even if he knew he has but a slim chance.

He felt and knew that his life would never be complete without Belle in it. Every day he would make phone call after phone call to follow up Belle’s adoption status. It appeared that Belle felt the same as she refused to train with other handlers,  apart from suffering PSTD, triggering her retirement.

With both the American Humane Association and Mission K9 Rescue’s collaboration, the rendezvous between the two finally materialized. The scene melted the hearts of everyone present. 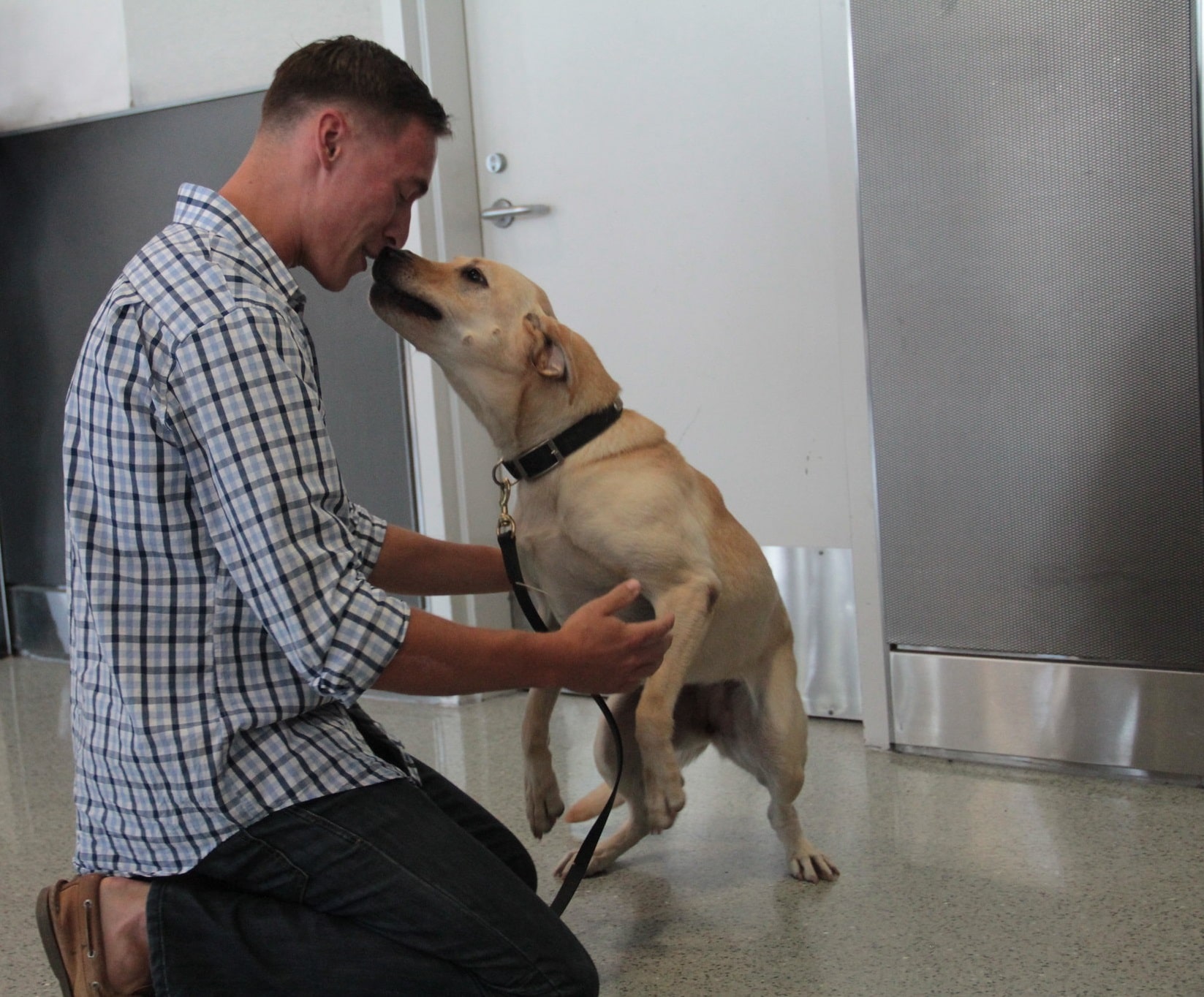 As they have risked their lives to protect and serve their countrymen, being together eternally is genuinely a reward they both deserve. Ultimately, no man should be left behind –  no matter how many legs you’ve got.