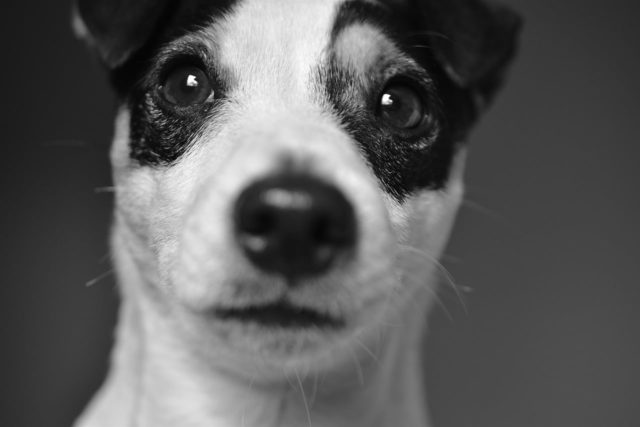 When you are about to rescue the great Houdini, then you need to prepare all the tricks up your sleeve as it takes more than strategy to capture an escape artist.

When they named a stray dog that has been living in the port for two years, Houdini, they weren’t kidding. Despite multiple attempts at rescuing the master escapist, none have been successful so far.

Eventually, Hope For Paws was sent in to finally give Houdini the life that he deserves – one where he does not need to escape, one that is full of love and happiness.

When Hope For Paws finally arrived in the port area, they soon realized that they were going to need more volunteers if they were to capture the tireless dog.

The port was vast, and it was one big open space where Houdini could run around. The expanse of the open area made it hard to make a barricade, and cornering Houdini was no match for his slippery escape tactics.

At first, they tried to bait a cage and left it there until Houdini felt comfortable. But it seemed like the dog knew the trick, and he was having none of it. He was too smart.

The following day, Hope For Paws asked Rescue From The Hart to help them with the rescue attempt. This time, they tried fencing off areas so that Houdini couldn’t slip out.

Once Houdini’s world became smaller, the rescuers then decided to try and corner him.

Running around after Houdini proved exhausting, and it seemed like they were never close to capturing the sneaky dog.

When it started to rain, the rescuers and the volunteers took the time to make new plans, and bring in more help.

Now, with a new plan and more numbers, they were sure they were going to successfully corner Houdini.

Once everything was set, they continued with the rescue.

Finally, Houdini was snared as he tried to run past the rescuer. A large net was then put over him to prevent him from escaping.

At that point, Houdini was terrified and angry. He tried to squirm and bite his way out, but he couldn’t. And after a few minutes of assuring and petting from the port worker who fed him daily, Houdini finally calmed down.

Houdini was then carted away to headquarters, where staff worked hard to earn Houdini’s trust in humans again. And a few pets and belly rubs later, he finally showed his soft side. He enjoyed the belly rubs that they were giving him.

He was then given a well-deserved bath, and when he was more comfortable, he finally got to meet his new furry friends in the shelter!

Watch Houdini’s daring escape in the video below.