Home Bark Hope K9 Officer Charges At Suspect To Give Other Officers Time To Apprehend... 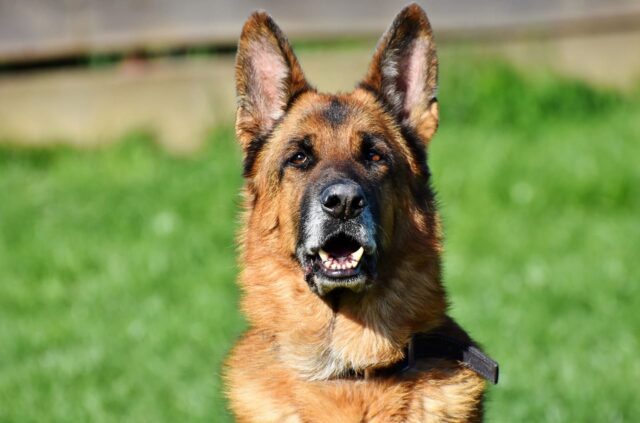 A dog named Indi was trained in the K9 unit department since he was a puppy. He trained all his life and was prepared for the worst. Dogs from K9 units are usually used to track down illegal drugs and other illegal items.

Indi loved this job and was so used to it that he did not expect one mission to change his life. It all started when Indi’s assistance was called during a police raid. During the raid, they lost a police officer, Officer Edgar Flores. He apprehended the suspect but was shot in the process.

The suspect killed the officer during that encounter. While the other police officers were on their way to the location, Indi faced the suspect and jumped on him. He fought off the suspect and gave the other officers a few seconds to get into position to apprehend the man.

Unfortunately, while Indi was fighting him off, the man shot him and hit him in the head. It was a miracle that survived. The incident did, however, left him with one eye. This dog’s heroism allowed the police officers to catch up to the suspect.

If not for him, more than one officer might have lost his life that day. He was the team’s hero for his bravery. He was honored by the police department. The police officers even made a statue in his honor.

Indi might not know it, but he saved a lot of police officers that day. Everyone was so impressed with him, mainly because of his work ethic. Indi was such a workaholic.

He doesn’t even know when to stop working because he was back to training just a couple of months after his surgery. Ready to take on another criminal if he had to. Indi truly was an epitome of a brave k9 officer.