Home Dog Stories Kind Couple From El Paso Stops At Nothing To Give Neglected Dog... 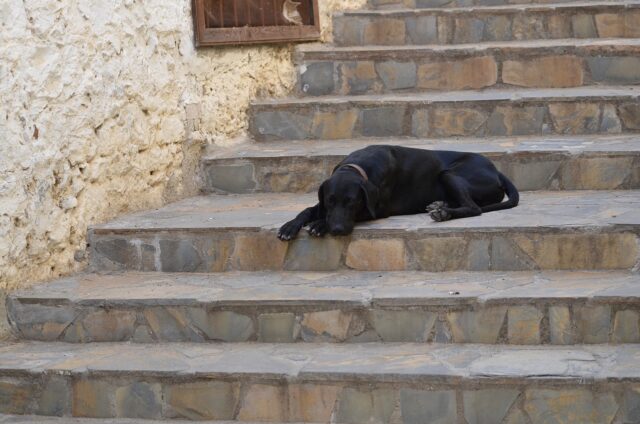 Imgur is a website that is popular for a lot of humorous and interesting content. Most of which is presented through photos, gifs, and memes. It’s easy to spend hours just browsing through the site and looking at hilarious posts that people make. But sometimes, you may come across some inspiring and heartwarming stories as well.

This is the case with a user named kittysharkmed and the dog that she and her husband found.

According to her Imgur post, kittysharkmed and her husband, who lives in El Paso, Texas, found a skinny pooch in a parking lot. The couple’s first thought was that the emaciated dog was homeless. She was so malnourished and was drinking water from the puddles.

The couple thought that maybe it was because the dog was depressed. They didn’t want the poor pooch to go back to that kind of living, so they persuaded the neglectful owner to surrender the dog to them. Fortunately, she agreed.

Looking for the right family

The couple’s big problem is that they couldn’t keep the dog permanently. They already have numerous pets living with them. So they tried to look for the right family for her. Some people wanted to take her but they admitted that they would just keep her as a guard dog.

The couple didn’t want that. They are looking for a family that would keep him inside and treat her as a member of the family. They were soon able to find a friend that was willing to adopt her. But it didn’t work out.

The dog kept on trying to jump the fence. They are now trying to find him a good home again. The couple will not stop until the pooch, now named Miles, gets the life she deserves.