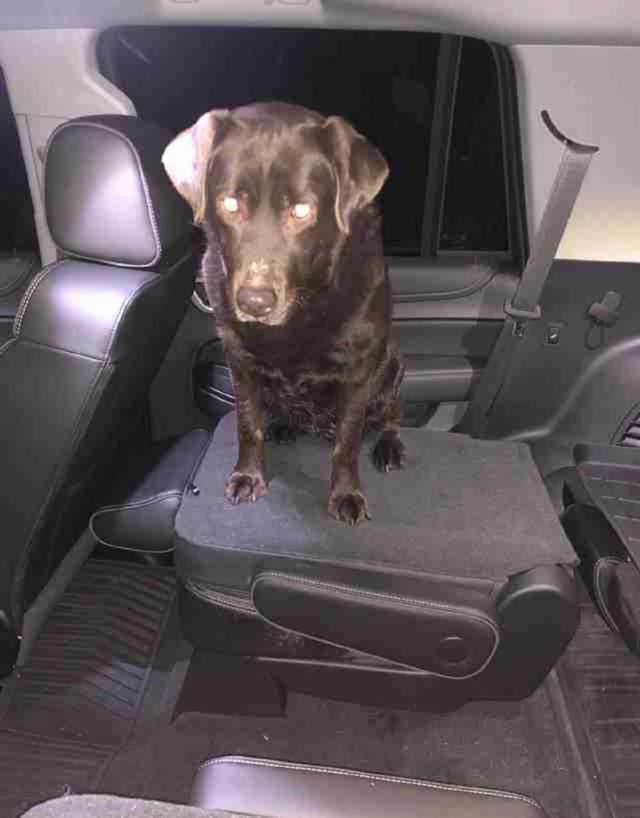 Friday night last week, Jason Gasparik went to visit a friend in Charlotte, North Carolina. As he drove home, he spotted something by the roadside. And that made him pull over.

“I saw one vehicle stopped. Then someone came running around the grass,” said Gasparik. “Then I noticed there was a dog. She ran in circles and was clearly scared and confused.”

Gasparik decided to join the chase. But a 70-pounder Labrador will not just let its guard down. Moments later, a cop and another driver were already working together to try and get the pup to safety. But even a tasty treat failed to entice the lost pooch.

“I thought if I jog she’d go running after me,” said Gasparik. “She was very playful but also very apprehensive. So after a few laps, finally, she got tired and laid down. That’s when I was able to catch her through her scruff.”

At the 24-hour veterinary clinic, the dog later learned to be Roxy, scanned to be microchipped. However, the ID tag was not registered to her owner. So Gasparik needed some creative ways to help Roxy find her way back home.

Once home, Gasparik created a Facebook post. He even boosted via PawBoost so more audience will be reached. Roxy, however, cared more for snuggles. She jumped on the bed, laid beside her rescuer, and licked Gasparik’s face with wet sloppy kisses.

In the morning, Gasparik tried looking for Roxy’s owner the traditional way. He created a huge signboard made of an old box and tiki torch. Then he went to the spot where Roxy was found. People were unreceptive at first thinking that all of it was nothing but a scam. Yet, nothing made him stop. 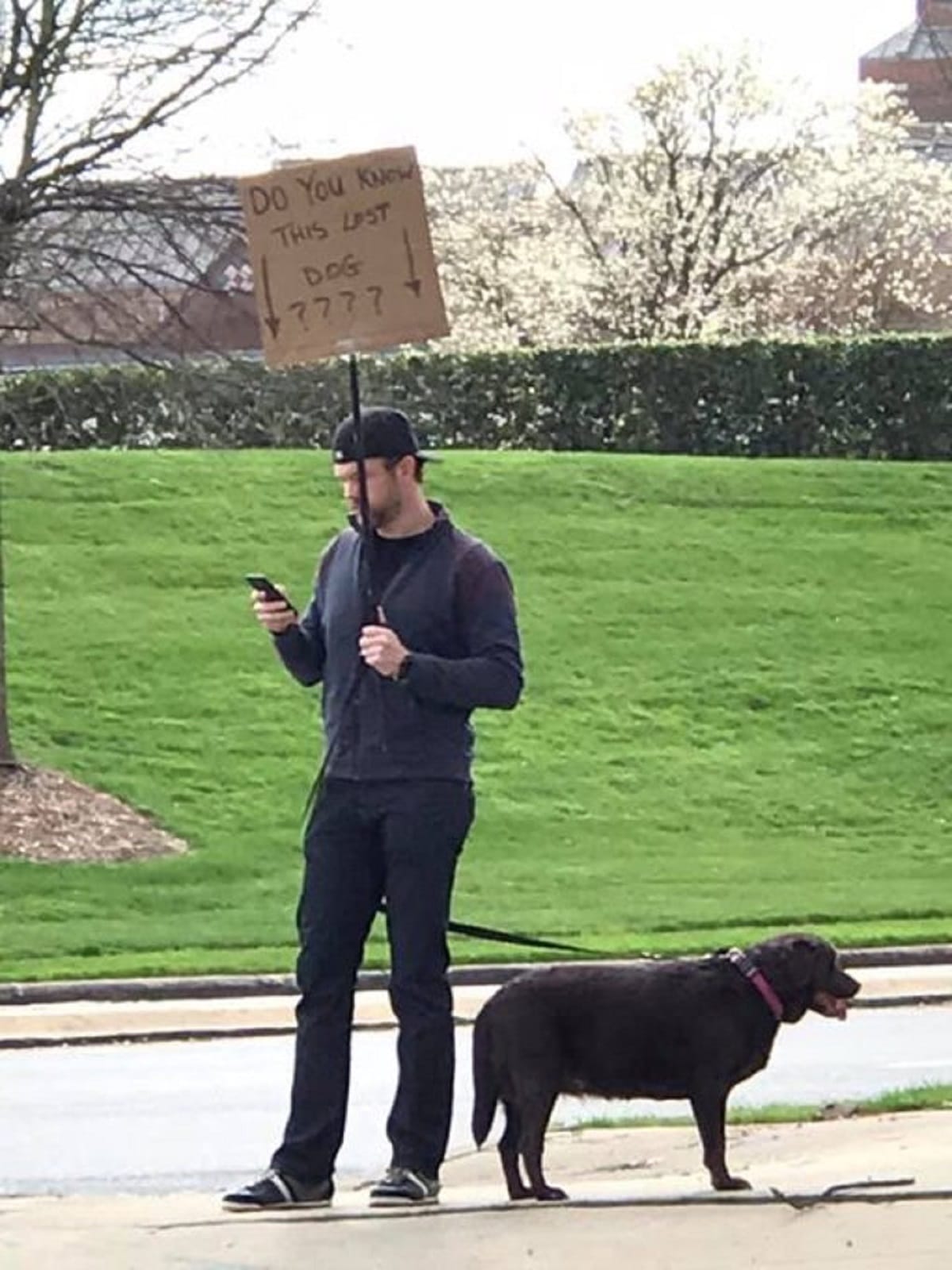 The following morning, Gasparik went back to the same spot with his homemade sign. Luckily, he didn’t have to wait long that day. He received a message through Nextdoor that says a lady has found Roxy’s owner. They got connected and set up to meet.

“The moment we were near his truck, Ed yelled, ‘Roxy Girl!’ and Roxy instantly recognized him and wagged her tail. They were both happy to be together, again.” 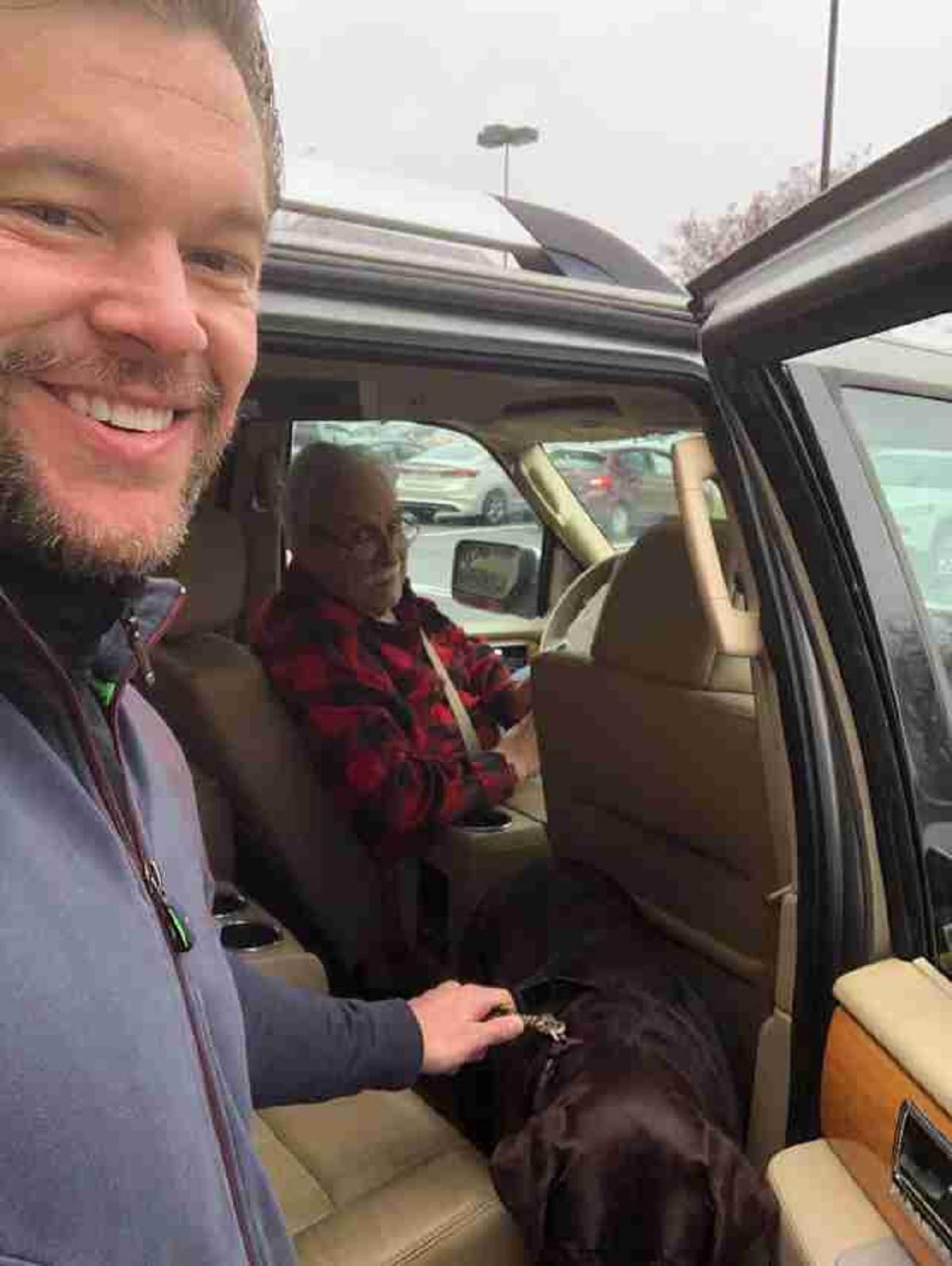 Photo Credits to Jason Gasparik via The Dodo

As Gasparik said, “The takeaway here is that, every owner should make sure the information on their pet’s microchips is always updated. Has it been the case with Roxy, I could have dropped her on Ed’s doorstep. It’s that simple.”

Credits to The Dodo for this story.