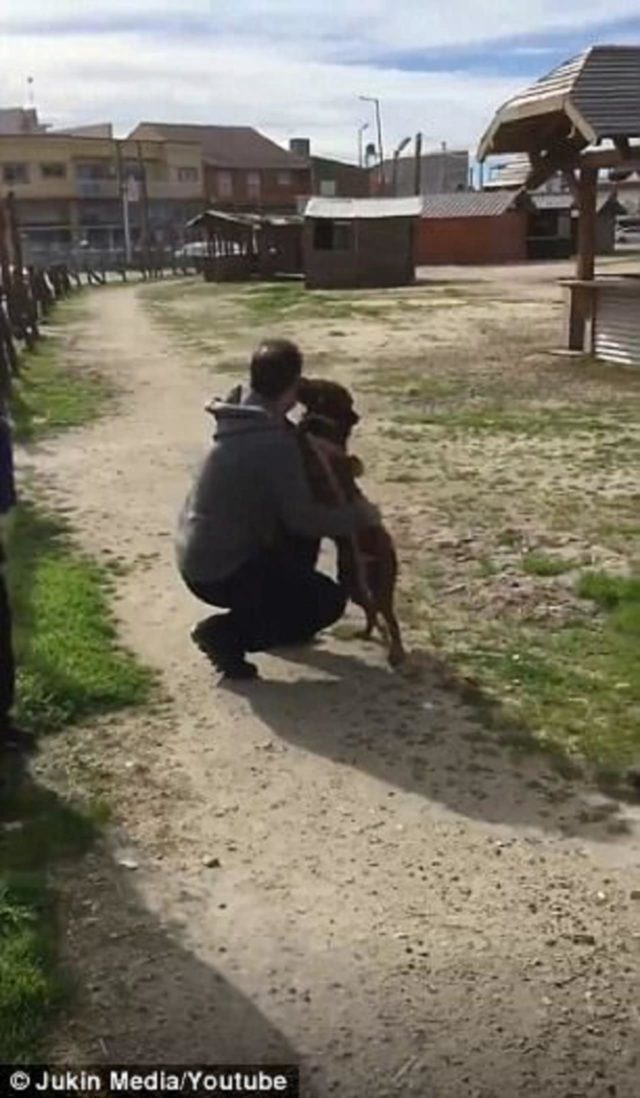 Everybody gets excited over something. Whether it is as simple as food, or as grand as a luxurious car, there is ultimately one thing that makes everyone overjoyed.

However, unlike humans, dogs seem to yearn only for one thing: coming home to their owner. Their human companion is all these dogs need to live a full and happy life ahead.

Who are you? I don’t recognize you.

Dogs might not possess the sharpest memory or the most precise vision in the animal world. However, everyone knows that they have an extraordinary sense of smell. No wonder dogs serve as aids in crime-busting and rescue operations.

In connection to that, there is one incident that went viral over YouTube. In this particular video, one can see a man standing while waiting for the dog to approach him. The dog seems wary of him, however, continually circling and hiding behind his handler. 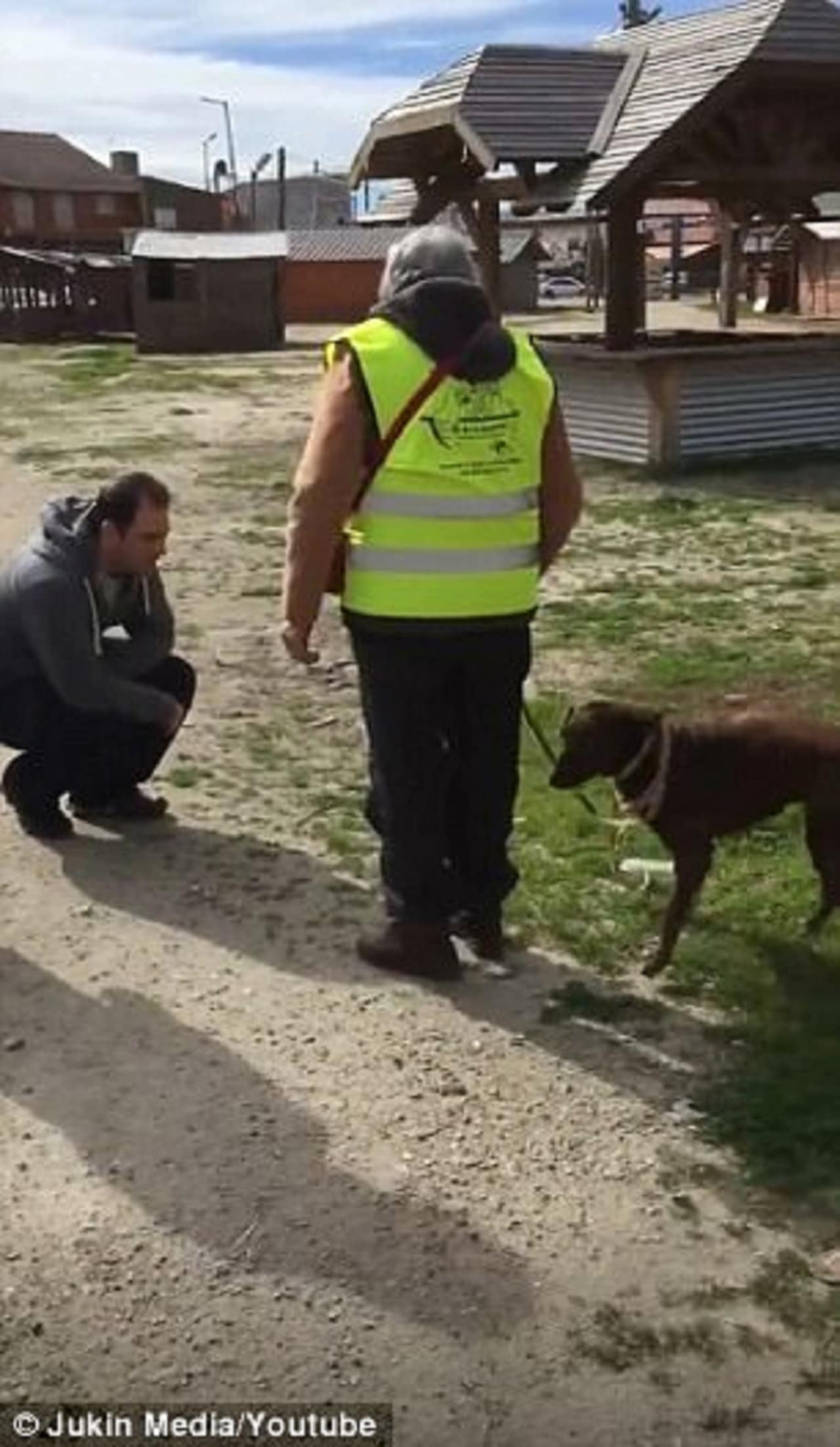 The man, however, did not give up. He crouched down while gently coaxing the dog to go near him. He uses the “come here” signal to convince the pup. The trick seemed to work its magic as the dog slowly approached the man.

Wait! I think I know you. Are you my owner?

Slowly but surely, the dog approached the man. The dog takes a moment to sniff the man out. As if further examining the man, the dog went closer to get a better view and smell. The next thing that happened put a smile on everyone’s faces. 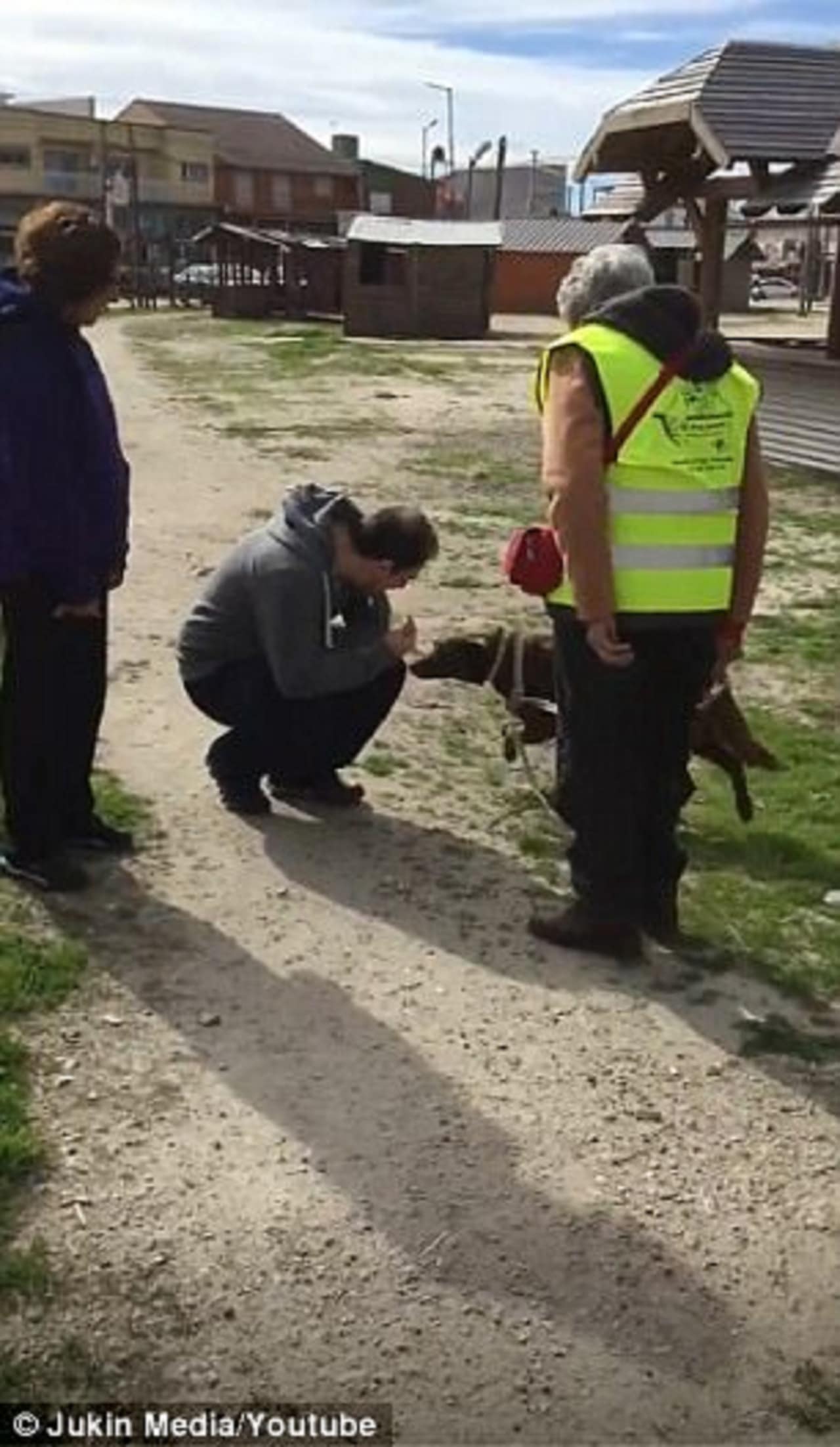 The dog eventually realized who the man was. The dog smothered the man with kisses at the same time putting his paws on the man’s shoulders for leverage. As if he can’t get enough of his owner, the dog continues to jump excitedly, until he rolls over on the ground.

The delighted dog wants to play with his owner, just like the old times. After the man obliged the dog’s request, the latter immediately springs back up to continue attacking his best friend with love.

Take a look at the heart-warming video clip below.