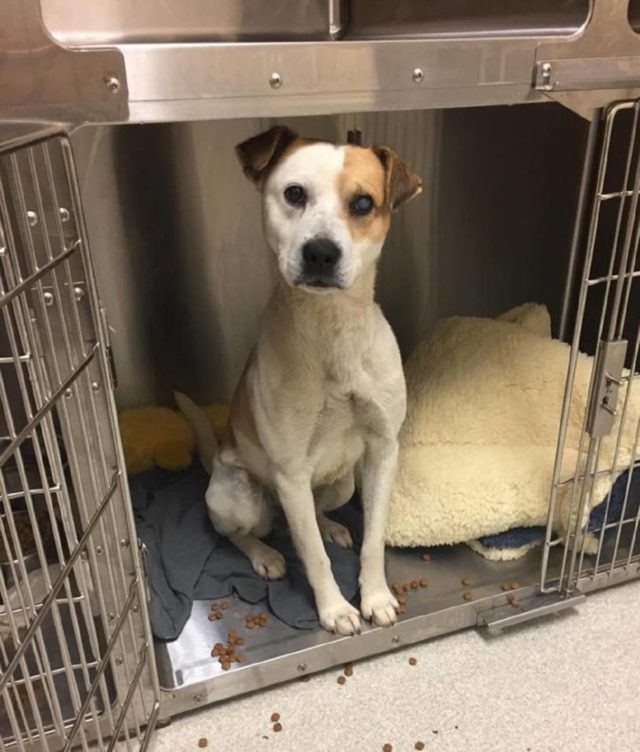 In Georgia, a dog named Stewart was rescued and brought to Whitfield County Animal Shelter. He was found in the woods chained to a big tree with a thick leather belt around his neck. He was skin and bones and was very afraid and seemed to have lost hope of humanity.

Stewart was very scared of humans. When he was placed in a cage at the shelter, he stayed as far from the entrance as possible and refused to even look at a human being. He didn’t want to eat and whenever anyone tries to remove the belt around his neck, he would just growl at them. 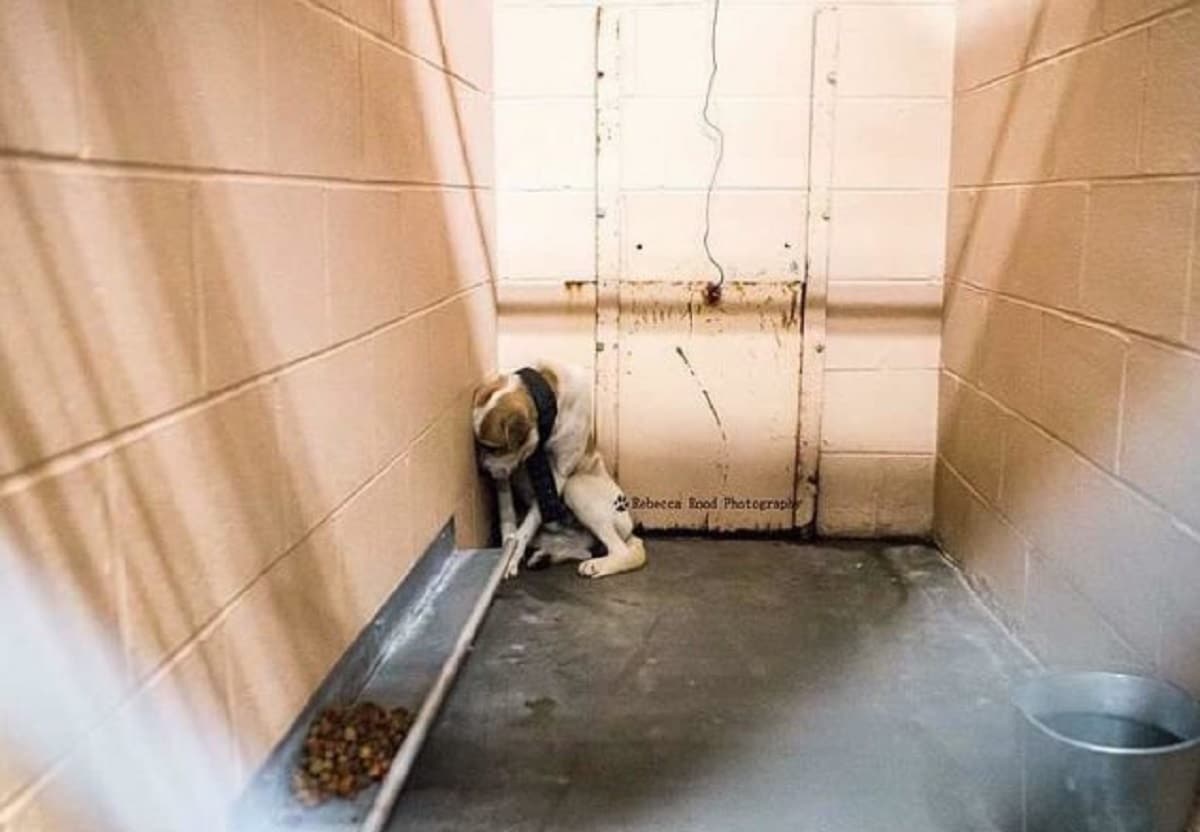 Clearly, Stewart has been through a lot. That’s why volunteers have decided to not go near him for four straight days. They thought he might need some time.

Rebecca Rood was the one assigned to look after Stewart. She knew though that with the lack of resources in the shelter, there is a possibility Stewart might not recover from the trauma. So she decided to ask for help from SNARR (Special Needs Animal Rescue & Rehabilitation) in New York. 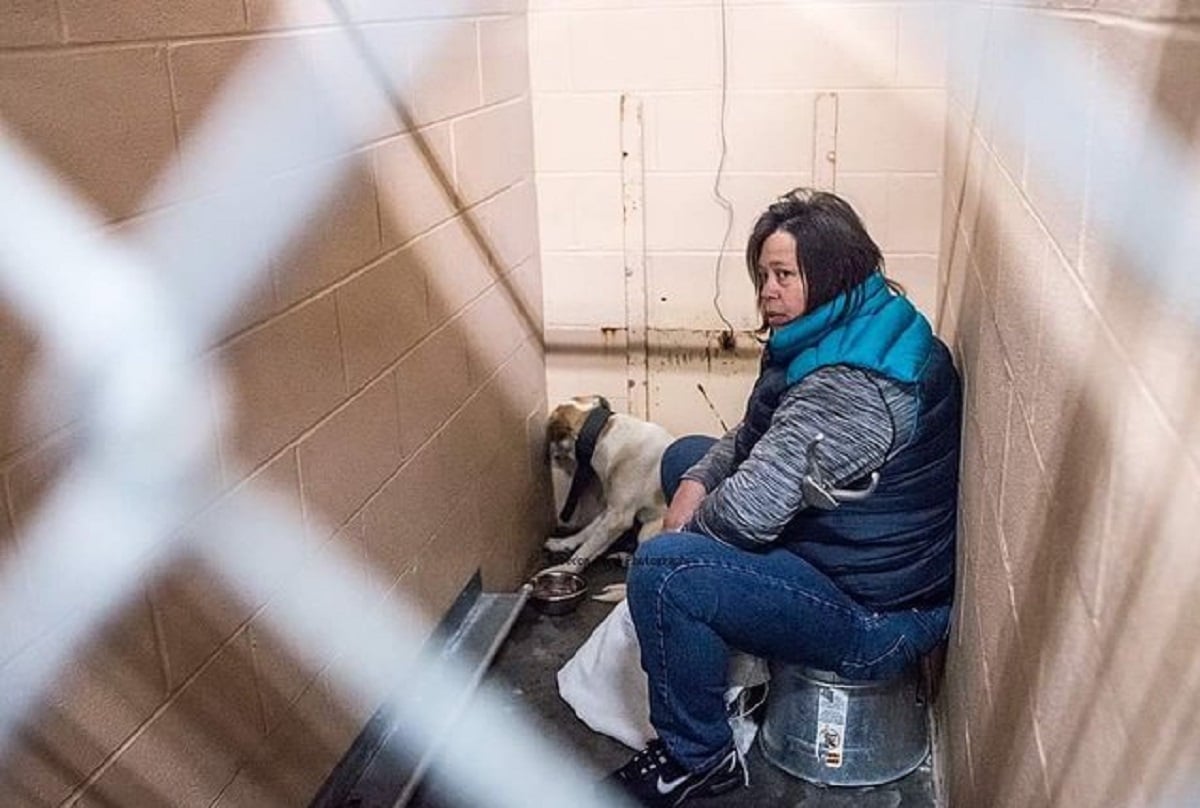 Rebecca was able to speak to Courtney Bellew who immediately agreed to help upon seeing a photo of Stewart cowering at the wall. With SNARR’s help, the dog was brought to an animal clinic where he was given anesthesia and neutered. They finally removed the belt from his neck and checked his health as well.

When Stewart woke up and realized there is no longer a belt wrapping around his neck, it’s like a weight had been lifted. A glimpse of hope suddenly came back. He just perked up.

As time went by, Stewart recovered. He was getting better and better and was finally becoming a dog. Within a year SNARR found a nice family who wanted to adopt him. And though he had a tough start, Stewart finally found his forever home.