Sox is a Siberian Husky that was only six months old when he was given to a man named Michael Fiala. The two got along instantly and made a deep connection. The dog adored his new owner so much that he wanted to be around him all the time.

As Michael was an avid motorcycle rider, he decided to teach Sox how to ride with him.

They started having daily hour-long lessons. He first taught the dog how to get on and off his bike. Then he started teaching Sox how to ride behind him with his paws securely holding on to his shoulders. Sox even learned how to lean with Michael when they go on turns.

They made a lot of short rides going around the city and eventually outside of it. The dog loved riding so much that he would sometimes go to the bike and wait there si that Michael to take him on a trip. 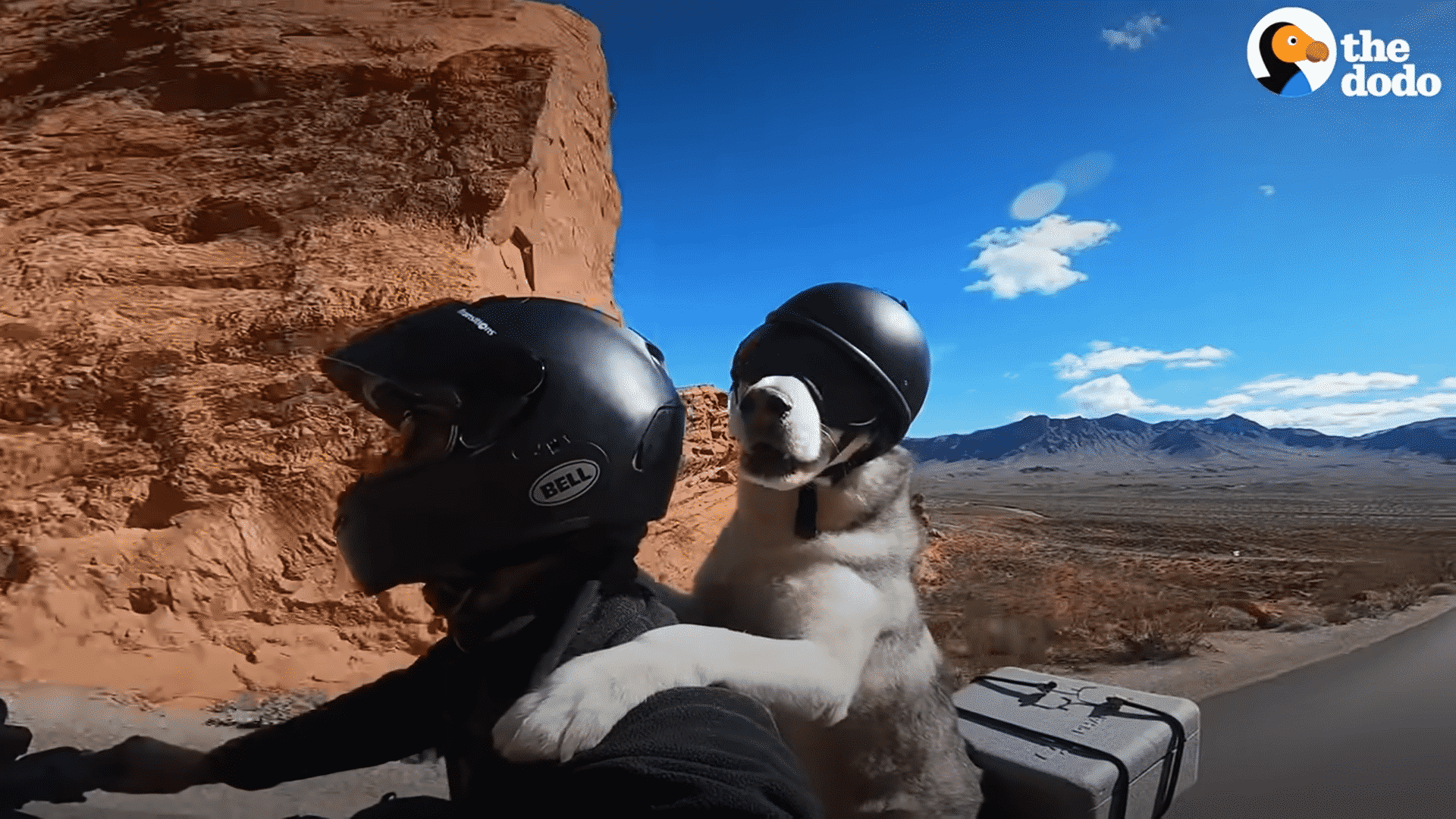 Slowly, their short rides turned into longer ones. Then Michael decided it was time to go on a cross-country trip with his best friend. They hitched a trailer in the back of their motorcycle and they went on their adventure.

Michael said that when the dog starts becoming shifty, he knows that he is getting tired. That is when they take a break.

And for ten years, they have made numerous trips together.

So far, they have gone to 43 states, 43 national parks, and over a hundred national forests.

One day, Michael noticed that Sox had a bump on his neck. It grew bigger and they eventually had to remove it. They ended up taking out six different tumors and he got treated for two types of cancer.

Sox was getting older, and yet his thirst for adventure never slowed down. But with his advanced age came a weaker body. He was having a harder time during their long rides and they had to do frequent breaks.

So Michael decided to build him a box on their trailer. Sox could stay there comfortably while they are on the road. They are not going to let age get in the way of the thing that they love to do the most. The two still continue to ride, and that is when they are happiest.