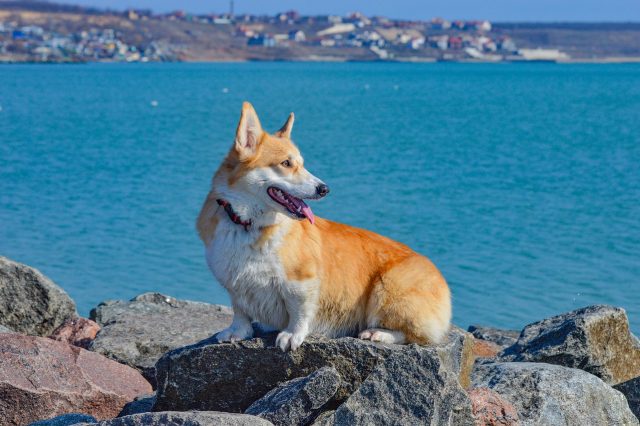 Last January, a tragic event happened in Australia. Bushfires left more than one thousand displaced people and about one hundred thirty-five pooches with nowhere to go. Thankfully the HMAS Choules cargo welcomed all of them into the ship.

Cassandra Smith and her husband were among those who evacuated with their labrador from Mallacoota. The family was brought to Wester port and then moved to the Melbourn Convention Center. The bushfire hit many places in Australia, but among the worst affected areas was Mallacoota.

In the town of Mallacoota alone, 4000 were reported to be trapped on New Year’s eve as the fire intensely raged nearby. Cassandra and her family made it a tradition to travel to the small town every year for the holidays. Cassandra is thankful for the Navy, who welcomed them on board their ship and made makeshift pallet boards and containers for the animals. All in all, there were one hundred thirty dogs, two birds, two cats, and one rabbit. Thankfully, the animals were not together in one place.

Cassandra relates that last December 30, the Country Fire Authority made sure people around were briefed about evacuating the area upon hearing fire sirens. So as soon as Cassandra and her family heard the sirens, they acted quickly and left their campsite. They acted wisely, and with urgency, they also made sure that all of them had food, including the three pups with them.

A day before the new year came, but no rejoicing could be heard. The sky was very dark with smoke, and then it soon turned red. No firecrackers were going off. Instead, everyone could hear houses burning and gas tanks exploding.

Everyone was scared and worried. When the fire died down, people were still in shock and despair. No one greeted each other a happy new year. That was not the important thing at the moment. They helped each other and checked on those nearby, all you could hear from people was, ‘are you okay?’.

Everyone, whether humans or animals, who experienced that traumatic event is very grateful for those who lend a helping hand to them. Plenty of organizations were quick to arrange donation methods to help those affected. Through these donations, food, clothing, and many more essential items were given to those needing it.

Though the bushfire happened a few months ago, donations are still open for those affected. Donations also for the wildlife affected are welcomed. We can all help in our own little way through are donations.

With hundreds of dogs being stranded in the Australian fires, The AUS Navy ships have become a doggy day care! 😍🐶