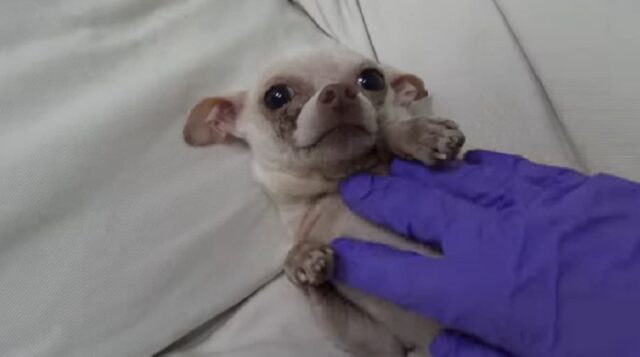 Local rescuer and animal rescue group founder Eldad Hagar met with the neighborhood kids of a nearby community. The children found a homeless Chihuahua living under a car in the communal parking area. Luckily, one of the young people knew of Eldad’s rescue group, Hope For Paws, and called immediately for assistance in securing the dog.

The boy who called led the rescuer to where they made a makeshift bed for the animal out of cardboard. Right away, Eldad noted how dirty the dog’s white fur was. He also saw how long the Chihuahua’s nails have grown, which means it has spent some time already living in the streets. 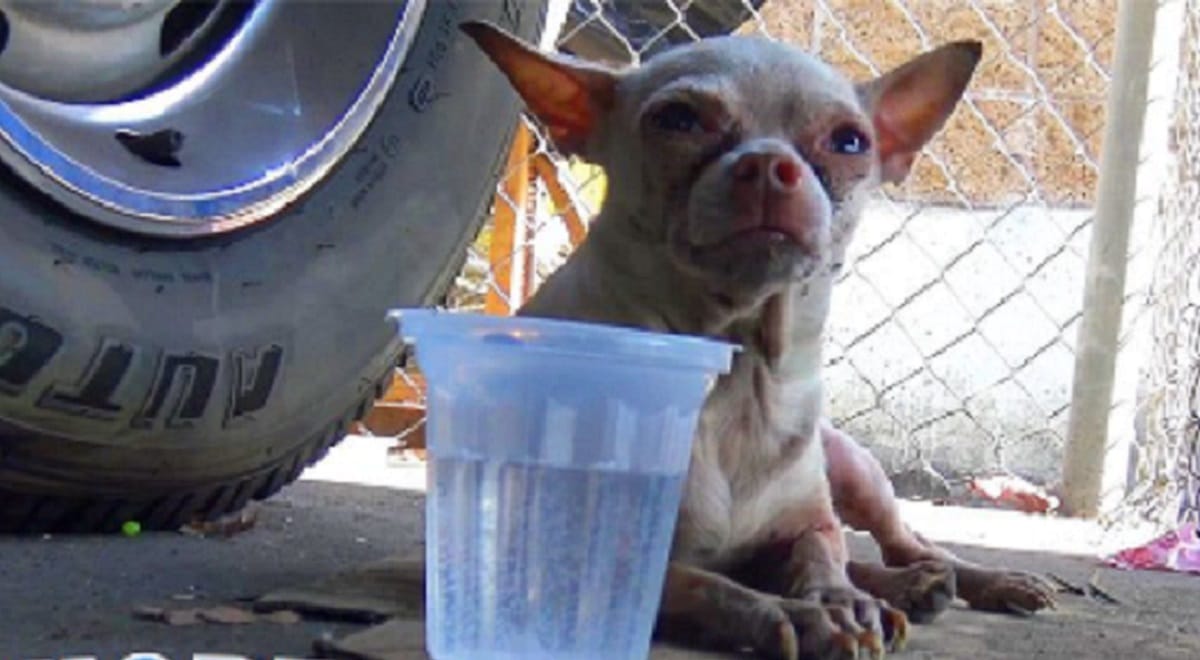 The animal rested quietly on its cardboard bed when Eldad approached, so he thought it would be easy to put a Lucky Leash on it. However, the dog suddenly bolted when the rescuer got close enough. The animal tried its best to get away and again sought refuge under a car.

Eldad thought of a better way to catch the Chihuahua. While he did that though, he noticed one of the children, a young girl, walking toward the dog confidently and calmly talking to it. The rescuer observed and waited to see what the animal would do. 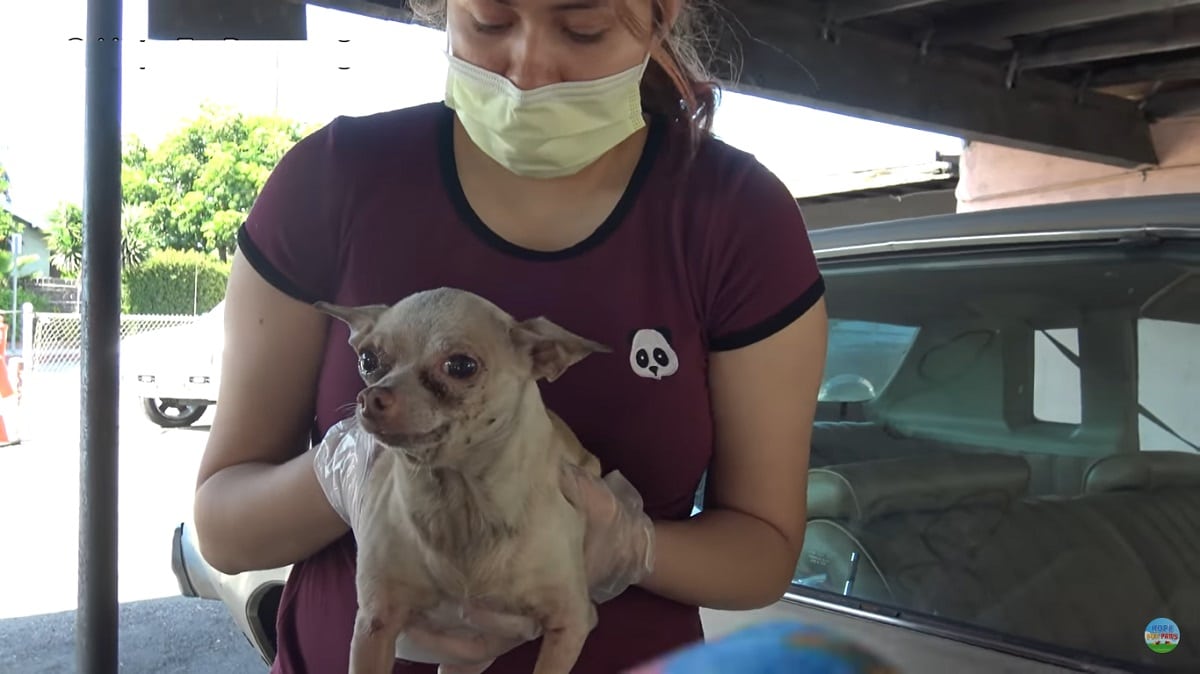 Eventually, another resident who fed the Chihuahua periodically joined the rescue and called the dog to come to her. Working with the young girl, the woman gently clutched the animal, preventing it from escaping. Eldad handed the Lucky Leash to them, and in no time, the two were able to secure the dog.

The rescuer thanked the neighborhood kids as well as the resident who helped with the rescue. He then readied the Chihuahua for their drive back to the local animal hospital. Eldad also named the elderly male dog Stimpy. 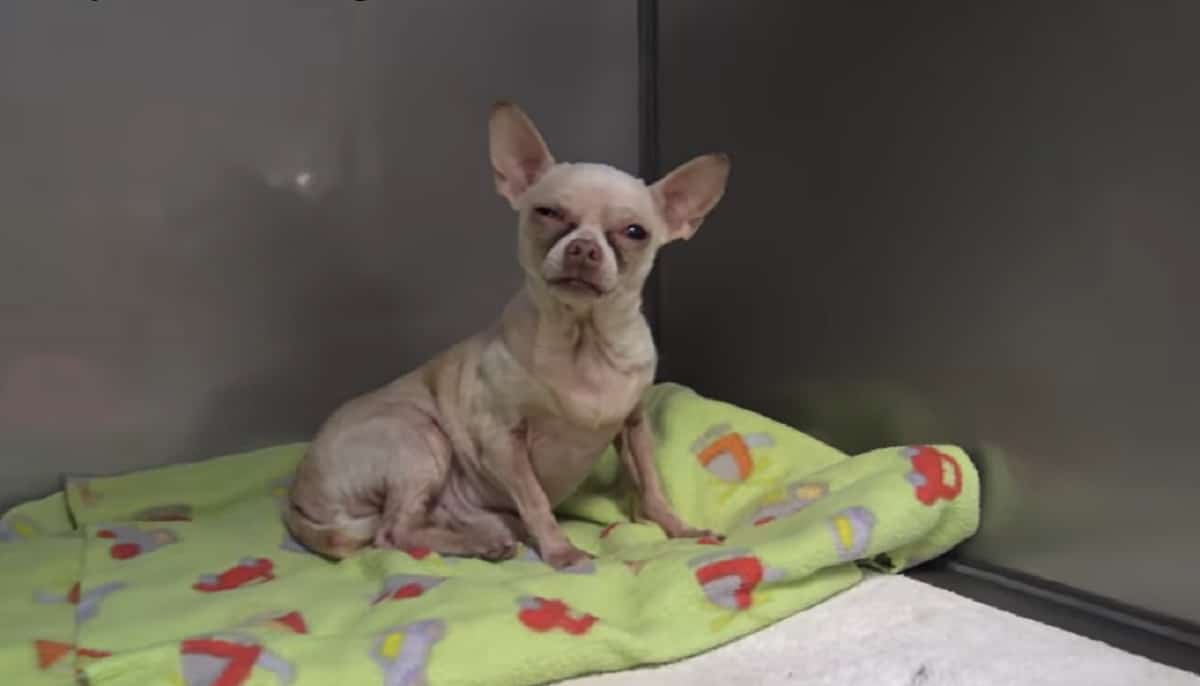 Stimpy received a much-needed bath as well as well-deserved grooming once they arrived at the clinic. Eldad made sure to trim Stimpy’s nails and clean its dirty fur. The Chihuahua also received a clean bill of health after the vets completed their medical checkup.

Once he was ready, Stimpy moved in with LA Animal Rescue as a foster. Being an older dog, Stimpy needed a lot of rest to recover from his life on the streets. He didn’t need to worry about being homeless again anymore, though, as shortly after, Stimpy became part of his forever family.