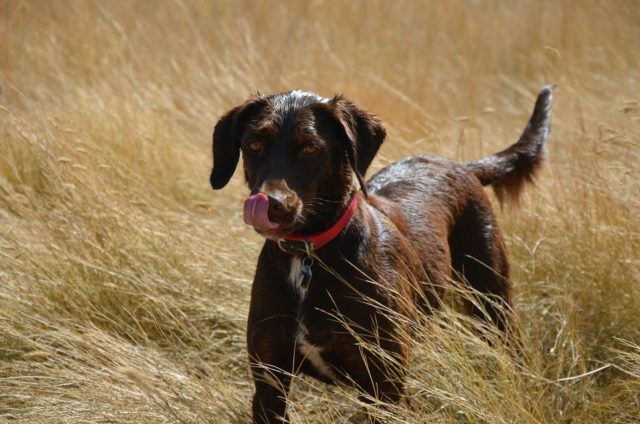 Rem was inches away from death when rescuers saved him from the shelter. He was rescued by San Antonio Pets Alive and Vet Ranch. The poor dog can only be grateful that he was given another chance in life.

It seemed impossible for Rem to recover from his conditions. He was blind, extremely underweight and bald. What made matters worse was that he was struggling from a secondary staph infection. Suffice to say, the dog was in bad shape. It only made sense that his former shelter put him on the list of dogs that were to be euthanized.

Rem was staring at the wall blankly when Dr. Matt found him. The doctor suspected that there may be a chance for Rem’s blindness to be reversed. He figured, it may have been medication that caused Rem’s loss of vision. He immediately acted on it and flushed the medicine out of Rem’s system.

Upon examination, Dr. Matt also discovered that Rem was having liver problems. On top of that, he was anemic and he also had pale gums. The poor dog had sore skin so the medical team had to be gentle and give him a warm bath.

A breakthrough for Rem

After two days of treatment, some of Rem’s vision was restored. He was also able to wag his tail a bit and hold his head up which means he was getting back his strength. However, Dr. Matt still sensed that the dog was finding it difficult to trust people. He decided to address that concern once they are done with Rem’s medical treatment.

Dr. Matt brought Rem to his house so he can recuperate. This is when Rem started to eat properly, feel safe, and enjoy human company.  Rem blossomed into a friendly, happy dog. Watch his recovery here: