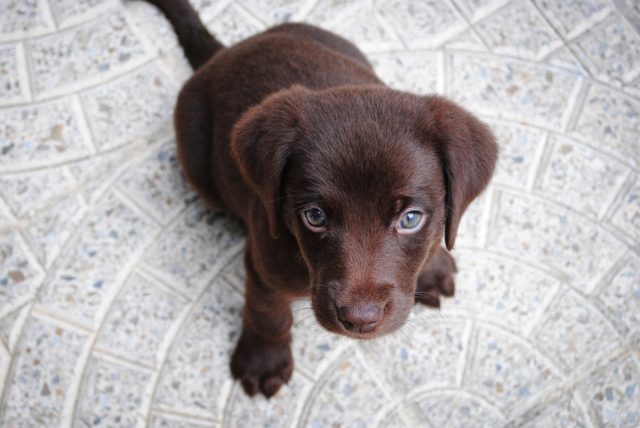 Dogs can be many things. So, would you think it’s surprising to find a furry party game prodigy? Definitely not, but when you see one, you still can’t help but be amazed.

Since the day Ashley Agapiou brought her chocolate Lab named Remy home, she knew that there was something special about her fur baby. Her sister, Molley Agapiou, said that Remy has such an infectious personality. Remy would climb all over them and stick her new toys and bones to their face to show them off.

I’m still working on keeping up with the other dogs. They don’t have these big paws to hold them back!

However, it wasn’t until they hosted a March Madness party a few months ago that they discovered their adorable pup’s talent in being a strategist. During the party, many of them were watching basketball. But for those that weren’t interested in the game, they set up a game of Jenga. It turns out, Remy wasn’t a fan of basketball.

To everyone’s surprise, Remy decided to play the stacked blocks, which not many of them seem to show interest on. Ashely said that everyone’s focus was on the game. But because she didn’t care about it that much, she watched Remy who she noticed got a little too curious about Jenga.

Don’t hate the player, hate the game. • To use this video in a commercial player or in broadcasts, please email licensing@storyful

Ashley started filming while Remy sniffs the wooden tower. Then, Remy clawed one of the blocks at the bottom and tugged it out using her mouth. It was a very risky move, which, naturally, left all of them in awe. The tower wobbled for a few seconds before righting itself.

According to Ashley, Remy has no experience in playing the game before. But, apparently, she liked how the classic game challenged her physical as well as mental skill. The clever pup took so much pride in her achievement, and hurriedly brought the block under the table.

Ashley said that, usually, they don’t let Remy play with those that are not her toys. However, after such an impressive move, they thought that the pup earned the right to chew on it for a bit. And who wouldn’t agree?