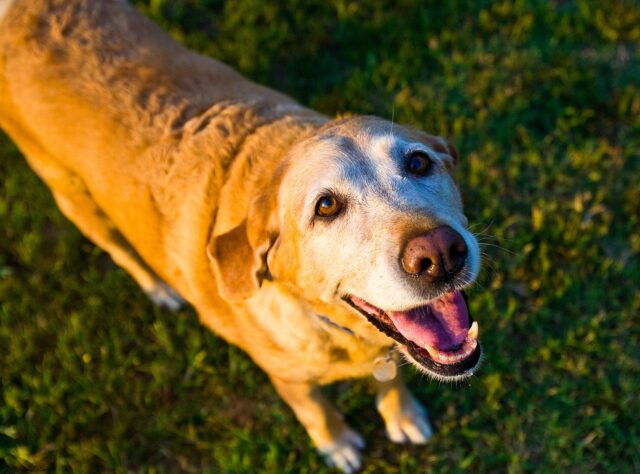 Our doggos are pack animals, and even though they treat us as the leaders of their packs, they would still prefer it if there was another dog in their pack. Doggos who have canine companions are much happier than those who don’t have any.

Their companions can serve as their playmates, and they could potentially be a “spouse” or mating partner. So you could just imagine how sad Cash was when his doggie companion, Rosie, died back in 2014. For three years, Cash felt lonely despite his owners, Marie Ahonen, and her husband, being there for him. 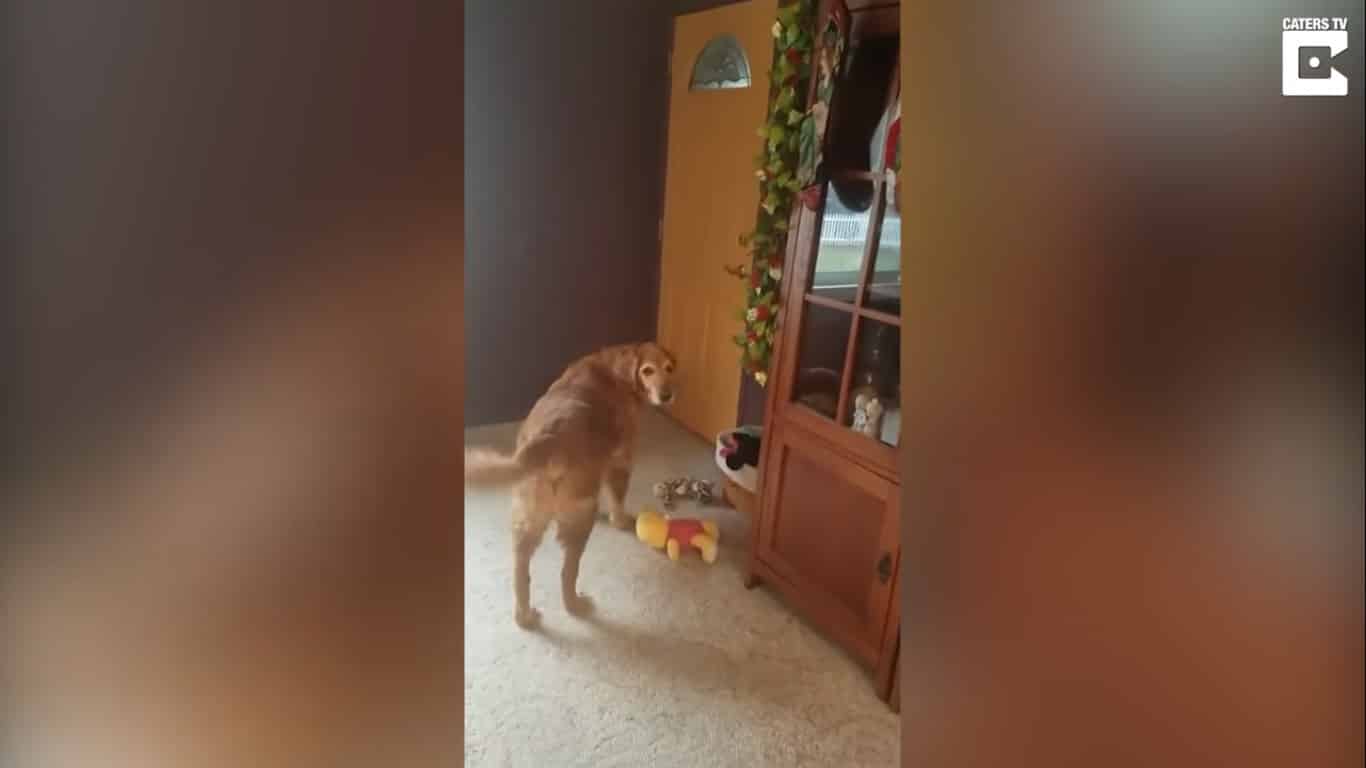 But on Christmas Day of 2017, Cash received a very special gift. As his dog mom shared, the 12-year-old Golden Retriever remained a good boy, despite the loss of his best buddy. So it’s not a surprise that Cash was on Santa Claus’ “nice list.”

Marie recorded the video on her camera phone, and it started off with the senior pooch, anxiously waiting for her dog dad. Marie’s husband entered the living room carrying a small box, which he placed on the floor. The curious canine kept on sniffing on the box, trying to figure out what was inside. 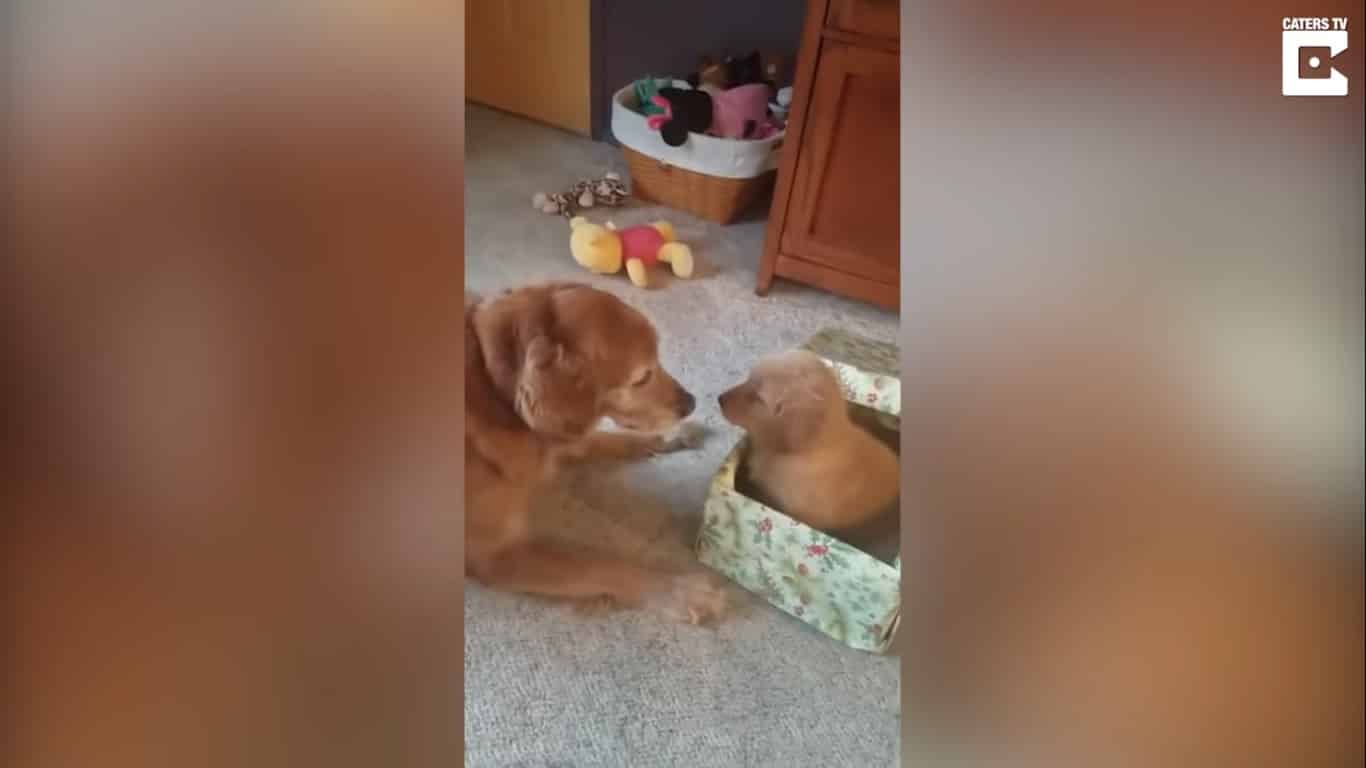 As soon as Marie’s husband stepped away, a Golden Retriever puppy popped out of the box! Cash was surprised by the present and his tail kept wagging like crazy! The senior doggo kept on sniffing the puppy because that’s how dogs identify other creatures.

The adorable puppy, who could barely open his eyes, also sniffed Cash. The two got acquainted very quickly, and at one point, they even stared at each other. This doggie encounter was just so cute and we’re glad to see Cash getting excited about it. The senior pooch has had a rough time since Rosie passed away. But surely, this new dog companion will keep him happy during his twilight years.