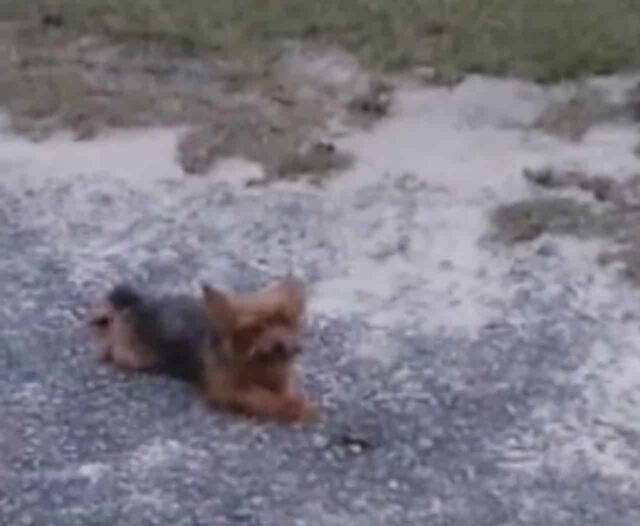 When dogs feel something itchy on their body, they’re determined to scratch it the best way they can. Yet, when canines can’t reach that itchy body part, they find unusual means of solving this problem.

Thus, a witty Yorkshire Terrier crawls on its belly on a gravel road to scratch its itchy tummy. With how things go, the Yorkie doesn’t care if it looks funny so long as it can relieve itself of the itch.

In this funny video clip, a mix-furred Yorkshire Terrier lies belly down on a gravel road. At first, you’ll think the dog’s merely taking a breather from their afternoon walk. 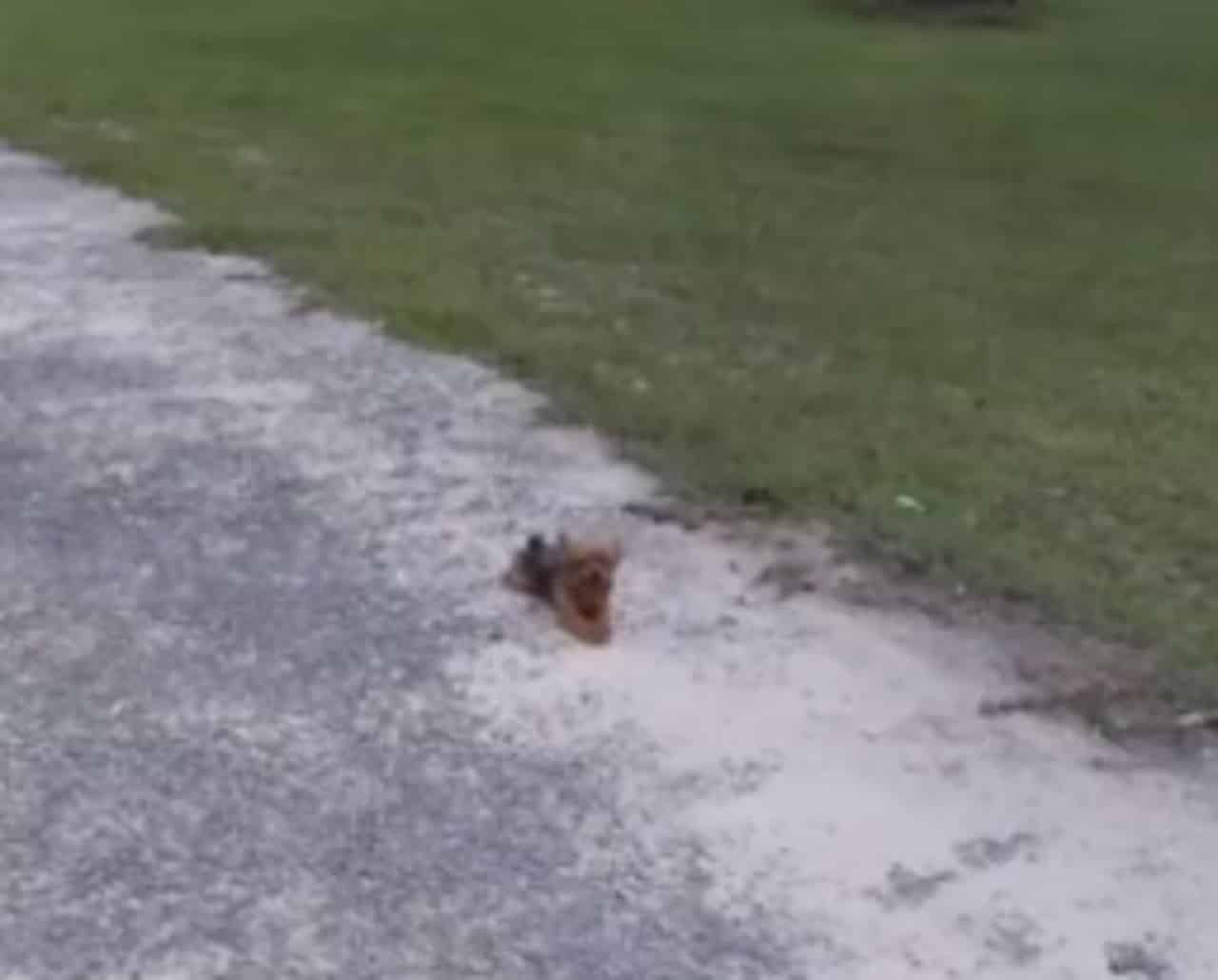 Before anyone can understand what’s happening, the Yorkie begins slowly crawling on all fours. At some point, the doggo even veers to the right to ensure that its tummy makes more contact with the road.

On and on the pooch goes, calmly carrying on with its military-like crawl on the road. With this, the Yorkie’s fur dad, who’s filming the entire scene, urges his doggo to hasten its speed.

But, instead of obeying its fur dad’s request, the Yorkie carries on with its belly-crawling stint. Despite considerably slowing their pace, Dad lets the doggo be and continues filming its every move. 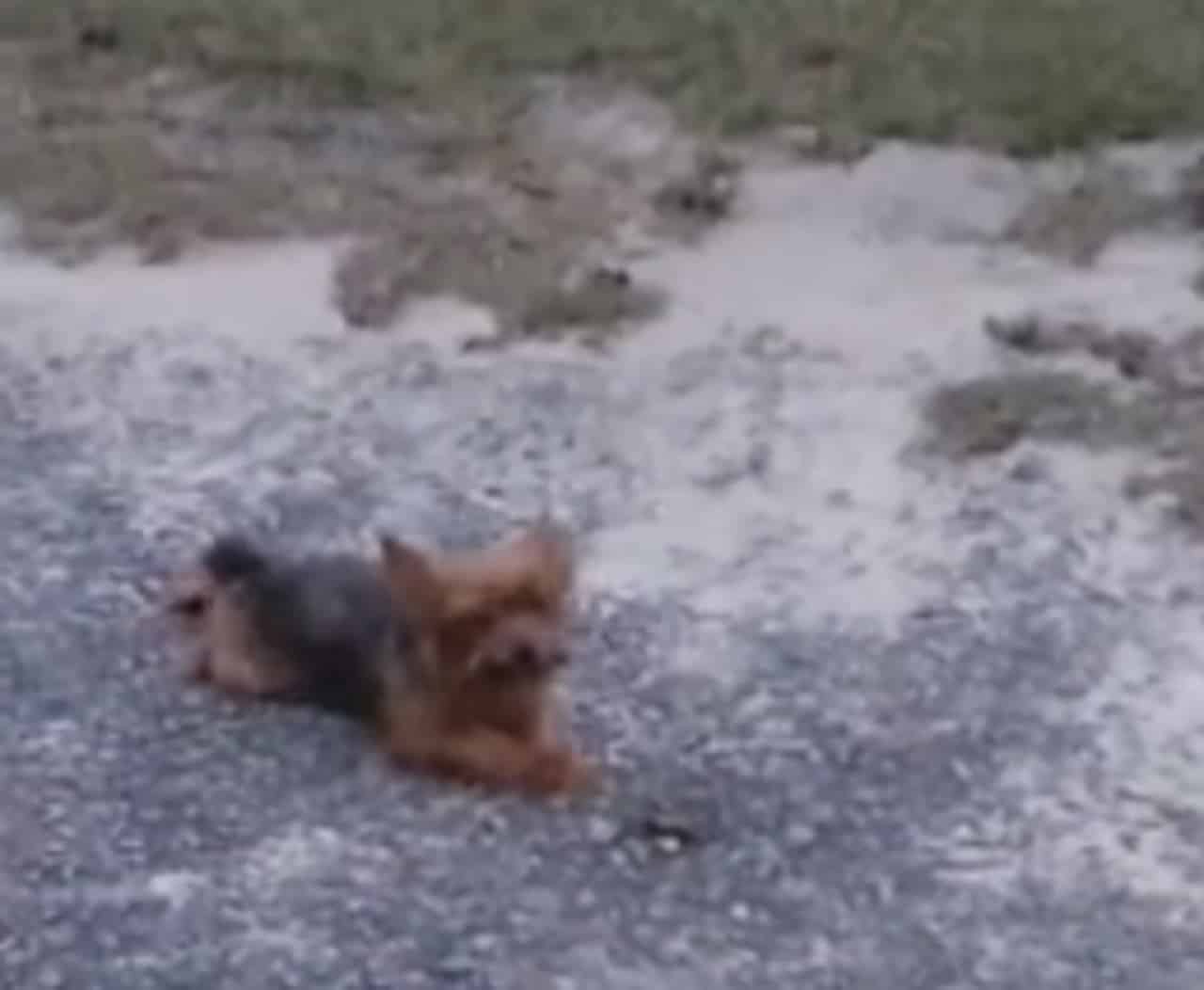 It turns out, the Yorkie’s doing the belly crawl on the gravel road to scratch an itchy spot on its tummy. Yet, the extended crawling the dog’s doing isn’t offering much relief as it keeps dragging its tummy across the road.

And, it looks like the Yorkie’s determined to continue with its walk home in a crawling fashion to relieve itself of the itch. But do you think the dog will continue its belly crawling stint until the end of the video? Check this hilarious Yorkie out in the footage link below.