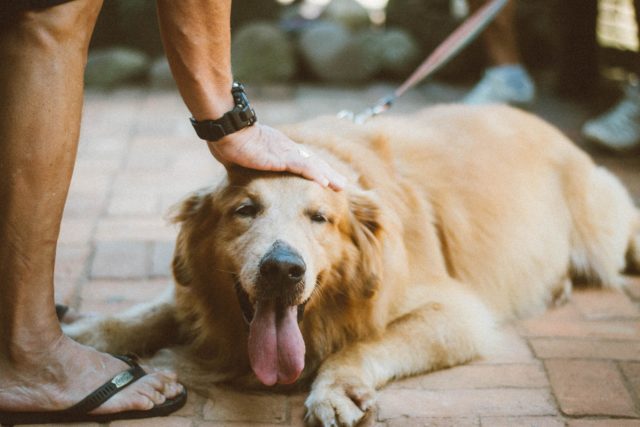 From the moment she was born, Ricochet became part of the Puppy Prodigies Neo-Natal & Early Learning program as a service dog trainee.

She started training at birth as the program instructors believe that the earlier their training commences, the more successful service dogs will be.

The golden retriever progressed quickly in her training. As she grew up, however, her penchant for chasing birds also grew.

Her instructors attempted to train this tendency out of Ricochet as the behavior spells danger to persons with disabilities—service dogs need to devote 100% of their attention to their human partner while they’re on duty. 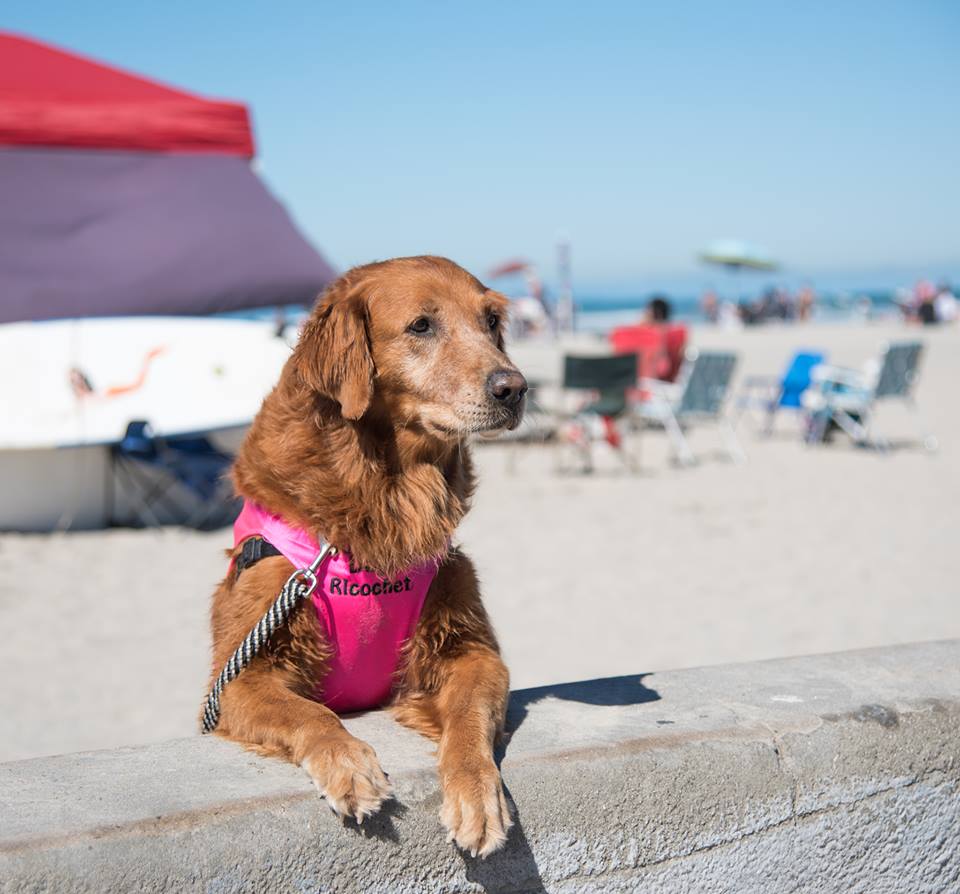 They were ultimately unsuccessful, however, and Ricochet’s owner Judy Fridono had to pull her out of the program. Naturally, she felt disappointed, but she decided that it would be best to let Ricochet do what she liked best: surfing.

The golden retriever’s first fundraiser was for Patrick Ivison, a young man undergoing therapy for quadriplegia. Patrick did adaptive surfing, and Judy thought it would be an excellent idea for him and Ricochet to surf side by side.

Midway through their ride on the waves, however, Ricochet hopped on Patrick’s board, wanting to surf right beside the boy. The surfing dog managed to raise more than $10,000 for Patrick. 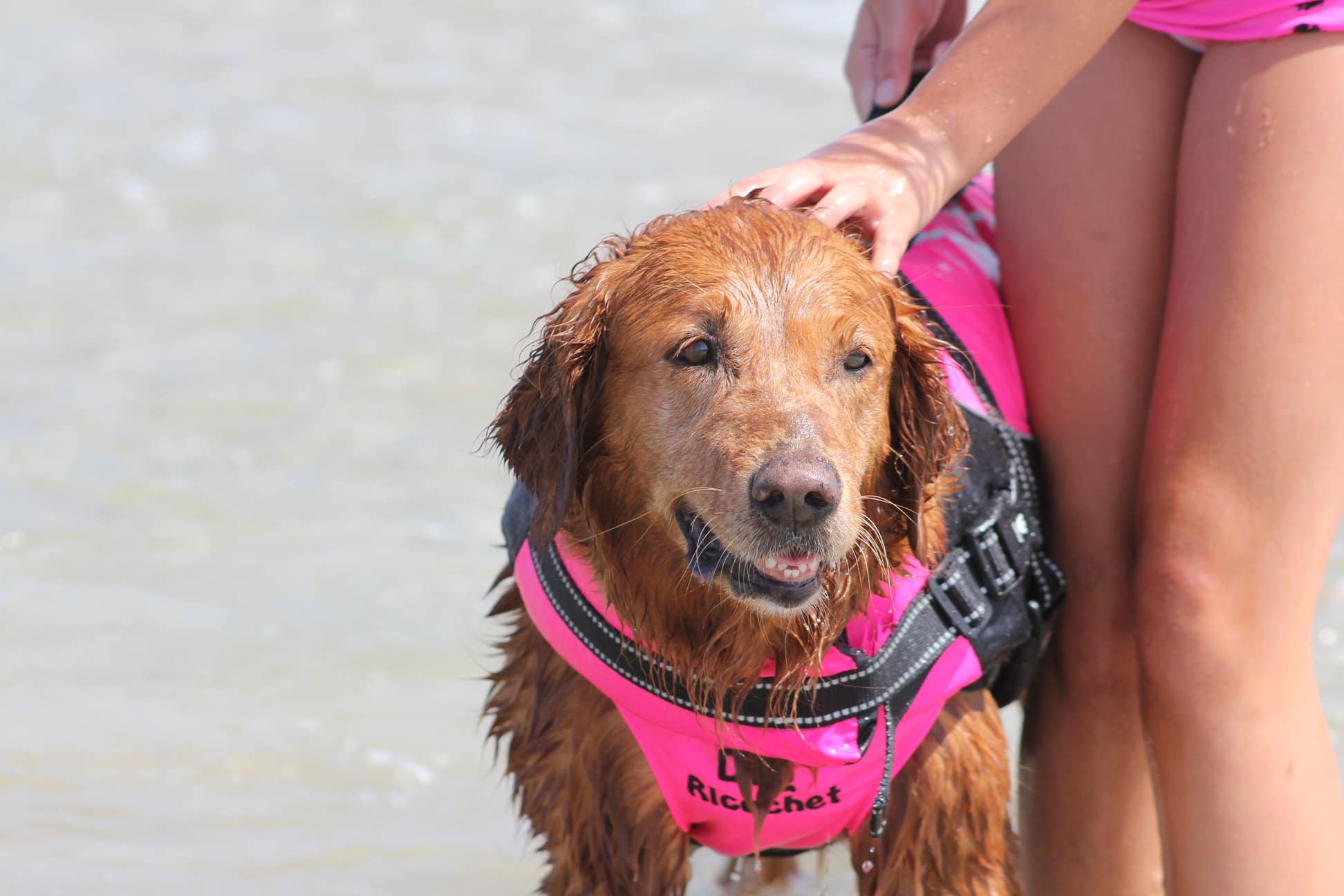 Ricochet proved to be adept not only at surfing but at judging how best to assist her surfing buddies.

When she surfs with physically disabled children such as Patrick or those with cerebral palsy, Ricochet stays on the back of the surfboard to help balance it, preventing the board from tipping over.

When her surfing buddy is physically able, Ricochet moves to the front so they can hang on to her to keep from falling off.

Since then, Ricochet has held hundreds of fundraisers and received several awards. She even appears in an IMAX original film called Superpower Dogs.

Thanks to Inside Edition and Dogster for featuring Ricochet’s story.