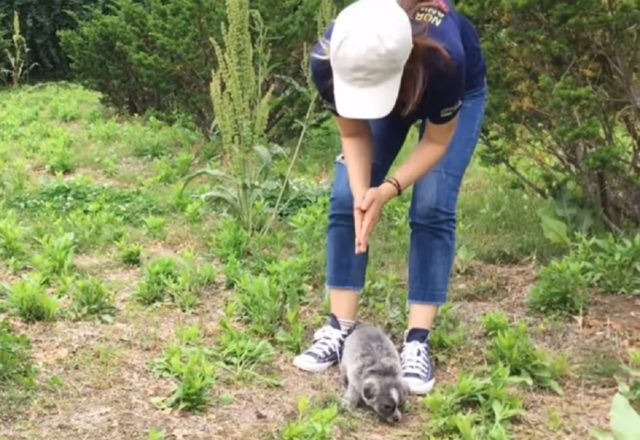 Northeast Animal Rescue received a notification about a poor puppy hiding in an air raid tunnel in the province of Liaoning, China. As it turns out, a group of mischievous children lit fireworks at him. Terrified, the little one ran and hid.

Thankfully, a concerned neighbor learned what happened. He knew the puppy needed help, so he reached out to the rescue team. As soon as the organization received the call, Will and Fiona rushed to save the puppy. 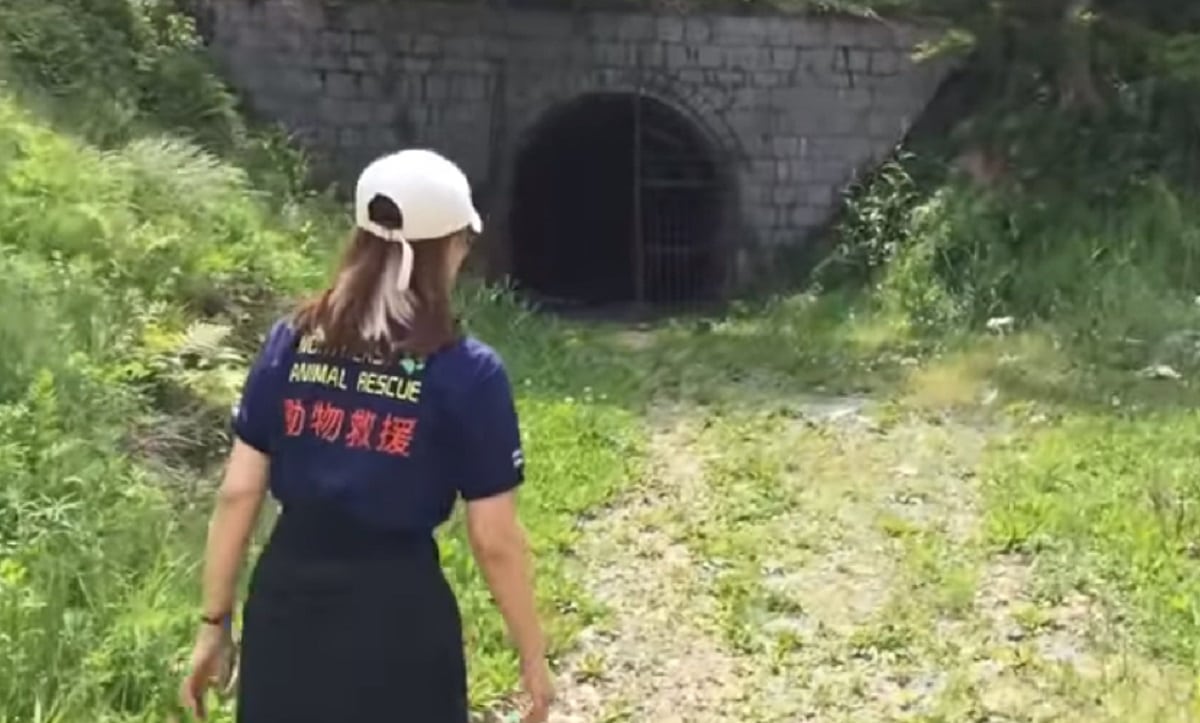 At the scene, the rescuers were able to speak with another man that gave them more accurate information. He led them to where they could possibly find the said tunnel. And after a short drive, they found it.

It was cold and dark inside the tunnel. With the use of headlights, Will and Fiona entered the tunnel carefully. They searched every corner of the shaft. Several minutes later, they found the puppy hiding in a small chamber in the tunnel.

The poor puppy was so scared that he curled up in one corner. His body pressed against the stone wall. He was petrified that he didn’t move or even cry. 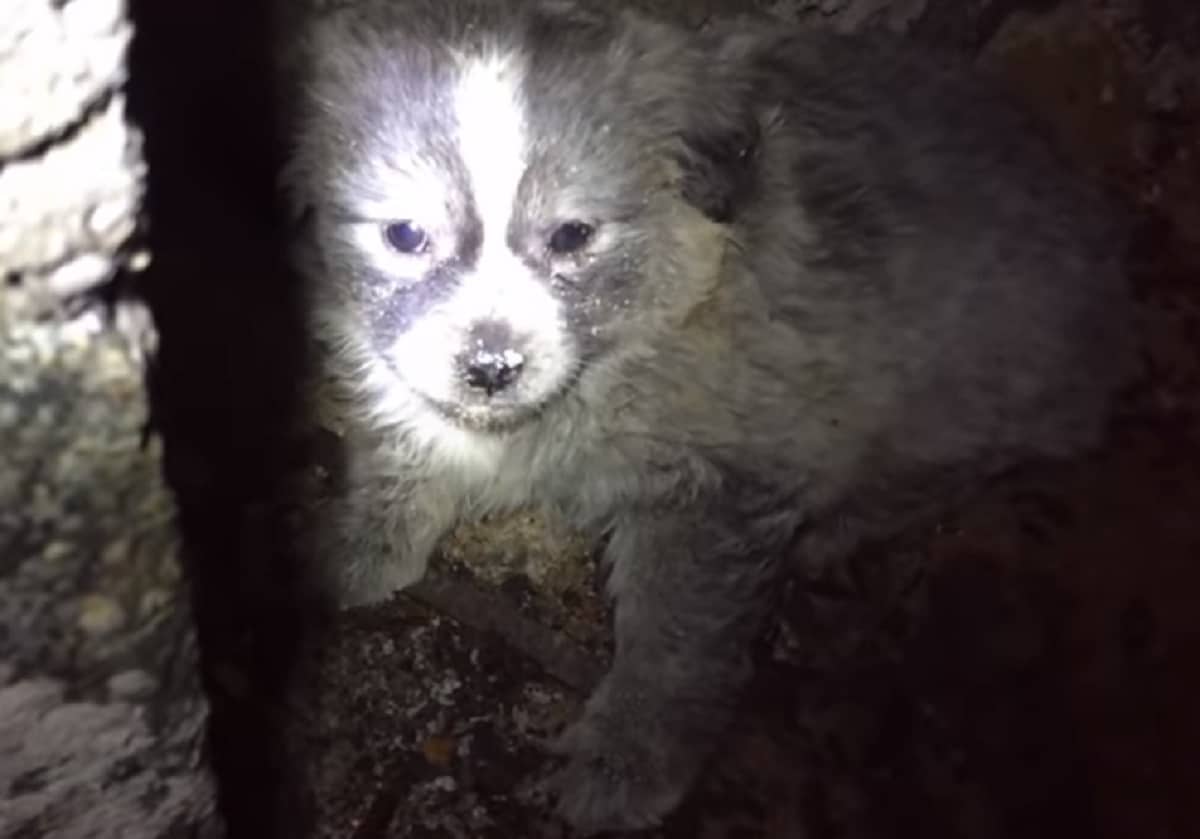 Despite the fear, there was a longing for love in his cute little eyes. He purred a little when Fiona fondled him. It’s like he knew they were there to help him, and he’s thankful that they came.

Fiona carried the puppy in her arms and out of the tunnel and named him Leo. When Will took him, Leo nuzzled tightly to his rescuer. 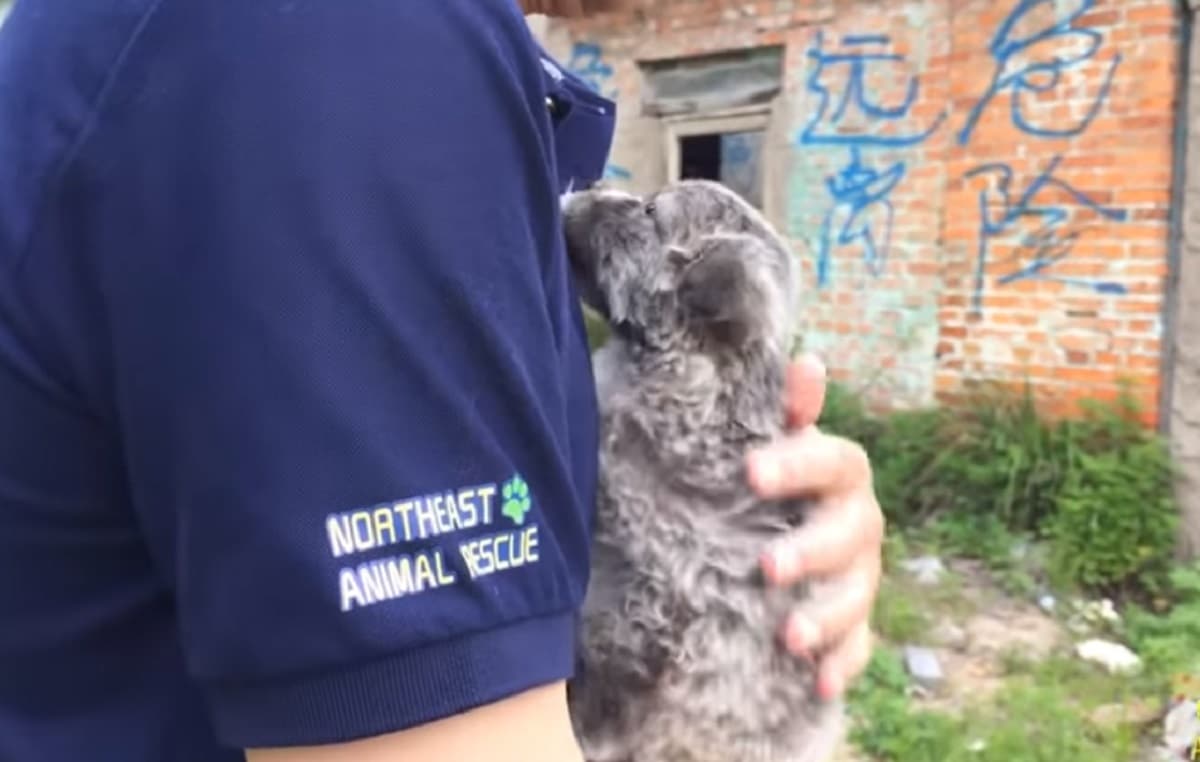 Back home, Fiona gave Leo a nice bath. The little one was a bit cold at first, but he felt so much better right after. He is still a little scared, but he’s an incredibly obedient boy.

Now safe and warm, Leo will be spending the next few months with his newfound friends at the rescue. But once the perfect family or individual comes, he will leave and start a new life with them.