A hockey team announced earlier this year that they wanted to adopt a dog for their team, but they wanted to be sure that they got the perfect one. Thanks to a wonderful black puppy named Bender, that wish came true.

When the Milwaukee Admirals decided to adopt a canine as their teammate, they conducted an extensive study to identify the most suitable candidate. Four of the players paid a visit to the Humane Animal Welfare Society (also known as HAWS) in Waukesha, Wisconsin after some time.

The players encountered a litter of adorable puppies that had recently arrived at the shelter during their visit. The mother of the puppies was pregnant when she arrived at the rescue, and she was given a safe spot to give birth in. Her puppies have all grown up to be healthy and happy since then.

The hockey team spent one-on-one time with each of the pups. These puppies were only a few weeks old, but they were absolutely adorable.

The players’ hearts melted when they met the puppy they, later on, named Bender, and they knew he was the right puppy.

When the team first introduced their new member, they asked their fans for a little help in coming up with a fitting name. They considered all of the possibilities before deciding that Bender was the best name for the new rescue dog.

Both the Admirals and HAWS recognized that this encouraging event helped more than just Bender and the team. They surely wanted to make it very clear to the rest of the world how important it is to adopt dogs. Instead of buying a puppy from an unknown breeder, they rescued a dog’s life by choosing to adopt Bender.

Despite the fact that Bender had found a forever home, his brothers and mother, as well as several other animals, remained at the shelter. The Milwaukee Admirals players want to urge people to adopt instead of shop so that others can have a really good chance for a new life like Bender. 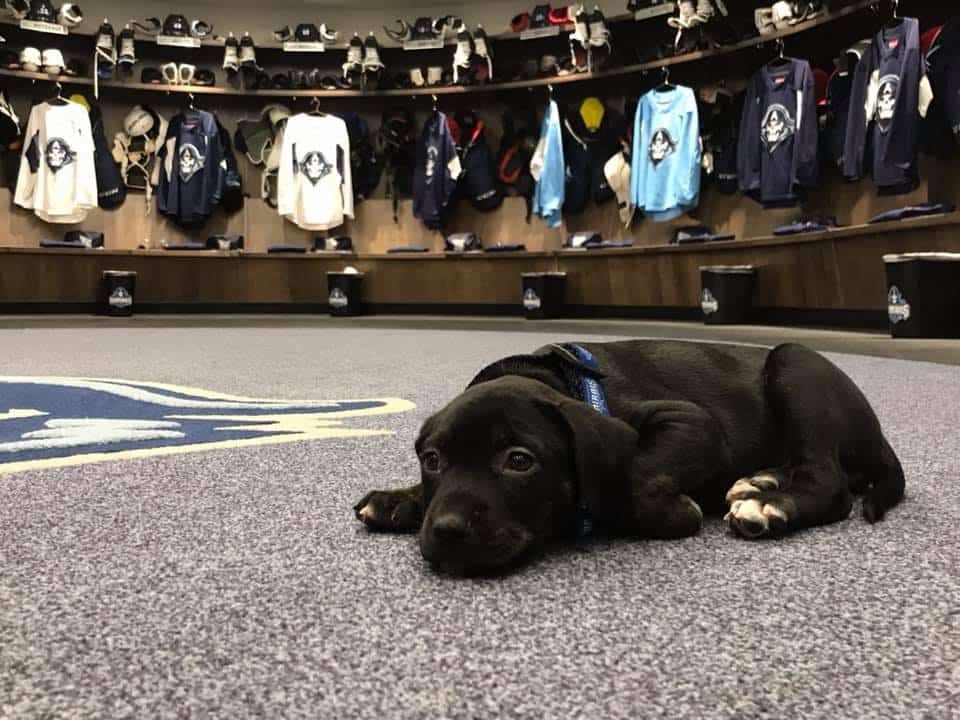