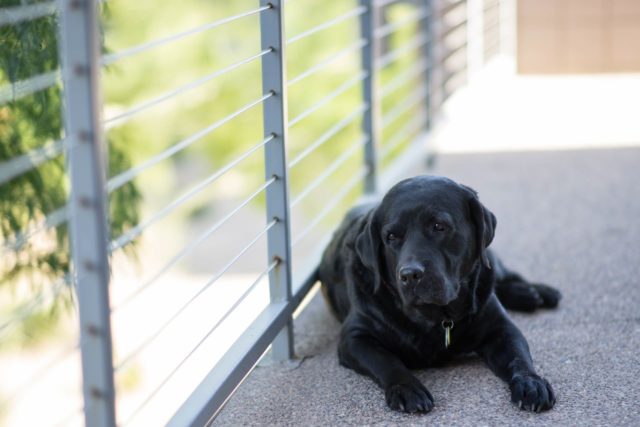 At first glance, you’d instantly notice how different Mosley is from other dogs. He’s got a crooked face, which his rescuers believe makes him even more adorable. However, this could also probably be one of the reasons why no potential adopter paid attention to him at a rural shelter where he was staying.

Fortunately, Atlanta Humane Society marketing programs manager, Amanda Harris, saw Mosley’s photo online. In an instant, she knew that Mosley was special. She immediately went to the rural shelter and picked the dog up.

Amanda said that Mosley’s crooked grin captured their heart and they’re confident that this would help him immediately capture the heart of his future family too. Amanda said that while they’re unsure how Mosley ended up looking this way, it’s probably because he was born like that.

They posted about Mosley on their social media account, and, soon after, they received lots of inquiries about his adoption. Lindsey Ramsey’s family ended up having Mosley’s custody. The shelter staff thought that, from among the potential adopters, Mosley would fit Ramsey’s family perfectly well.

With Amanda’s feedback, it looks like the shelter’s decision was right. She said that Mosley is always full of energy and always follows them around. He loves to snuggle with them and to be rubbed on. Amanda noted that Mosley would automatically want to be spooned whenever they lay on the ground. He’s genuinely enjoying himself with his new family.

Amanda also said that Mosley is working on living with a cat sibling. They have a cat named Barbara, and while the two of them would often yell at each other, Amanda is confident that they’ll get friendly with each other soon. Who knows, they might become best of friends soon. After all, they still have lots of time to get to know each other.