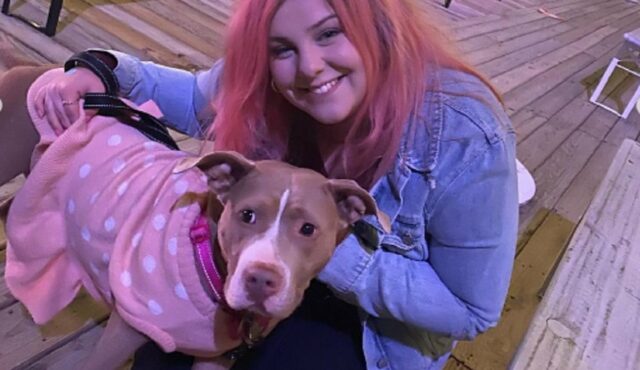 A young woman named Jackie was browsing her social media account when she stumbled upon Crazy Old Lady Loving Animal Rescue’s online page. She scanned the photos posted, and one of the rescue dogs, Pumpkin, caught her attention. Without knowing much about the dog, she decided to adopt it.

Jackie spoke with her parents, but they didn’t think it was a good idea to bring another dog home. They already got Shiloh, a Pitbull mix. They didn’t have the space for a new dog. 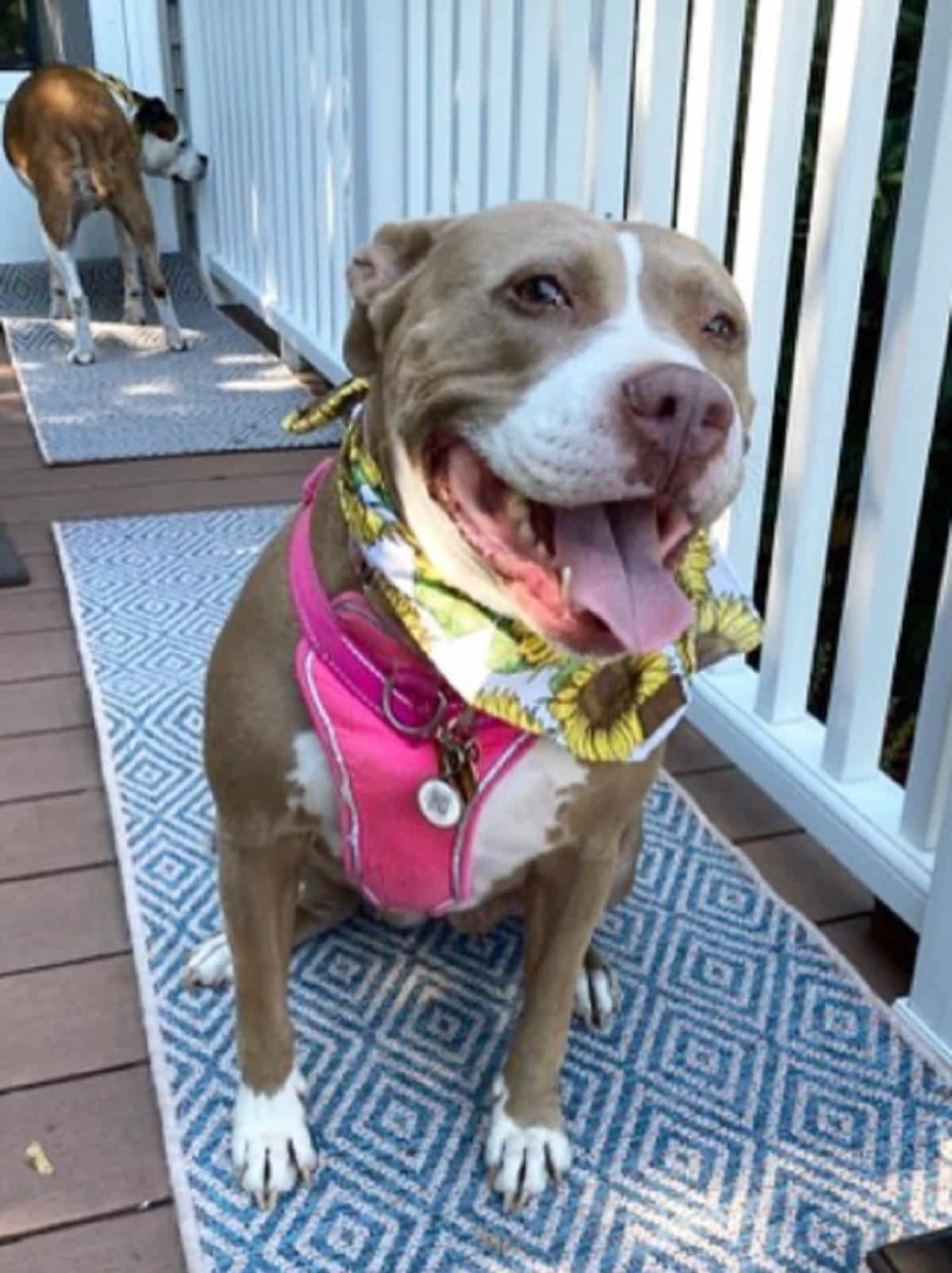 Deep in her heart, Jackie knew she needed to have Pumpkin. Unfortunately, she was yet to have her own place. She’d be moving out, but not soon enough for her to adopt the dog.

A few weeks later, Jackie woke up to some strange noise from downstairs. When she checked what the matter was, she was almost speechless when she saw a brown Pitbull in their living room. It was Pumpkin. Her parents picked up the dog and gave it to her as a birthday gift. 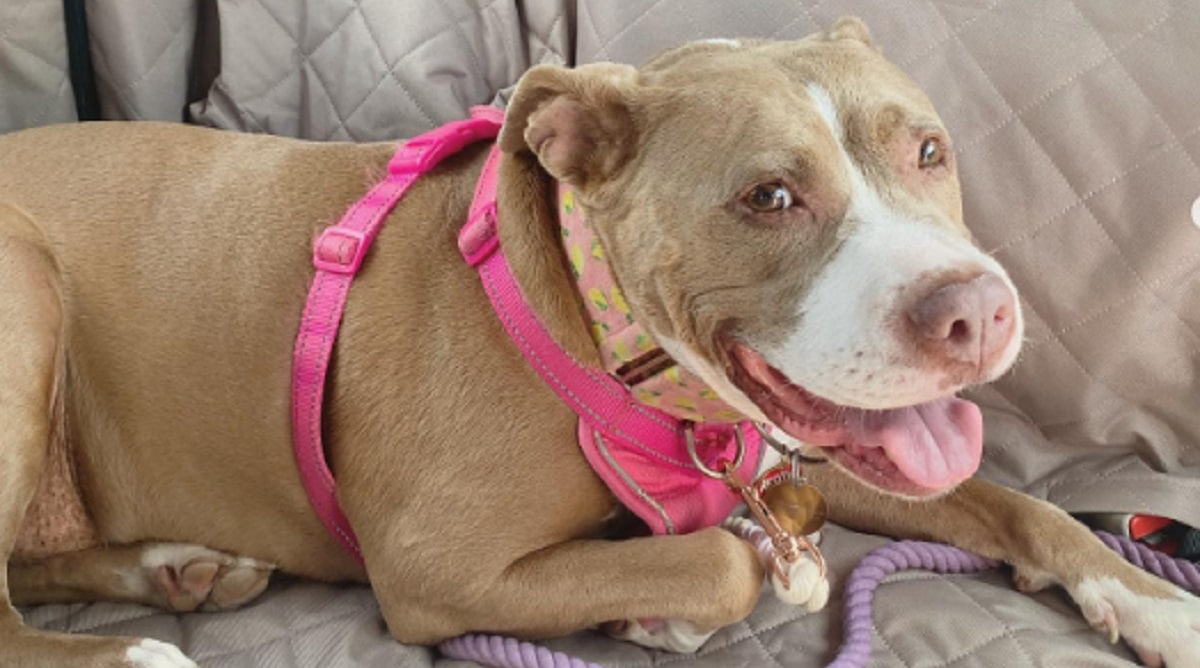 Pumpkin wasn’t so lucky in her previous life. She was used to breeding puppies, and soon, she got sick with heartworms. She was no longer of value so her previous owner dumped her.

In her new home, Pumpkin needed a little time to adjust. She was anxious and nervous for the first several weeks. But thanks to her new family, she overcame her fears, and eventually felt safe and at home. 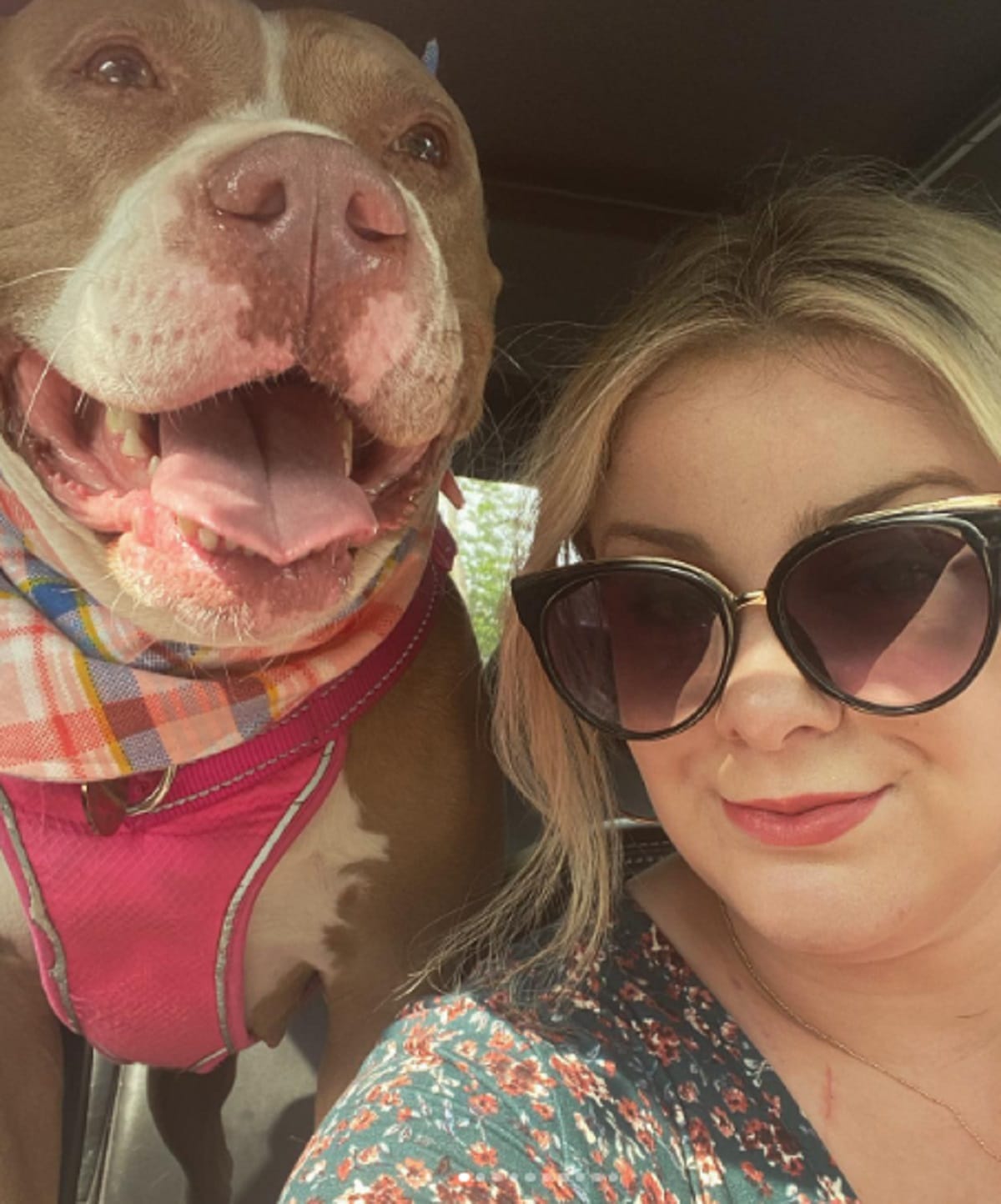 Pumpkin adores her new mom, but she loves her grandpa more. When he gets home from work, she wiggles her entire body. It’s the best time of her entire day.

Jackie is set to move into her own place soon. At last, she will have enough space for Pumpkin and any other dog she wishes to adopt. The thing is, her dad wants to keep the dog. Until then, they can all enjoy Pumpkin’s company.