Your wedding day could fill you with mixed emotions. Kristen Dupree had the same experience on the morning of her wedding day. Before the ceremony, she already felt jittery. She came up with an idea of getting her 2-year-old dog Zeke to the photoshoot.

At that time, Zeke was busy hanging out with the groom and groomsmen. The “first look” photograph of Dupree and her adorable pet turned out to be heartwarming. Perri Farlow, a wedding photographer, was the one who decided to have a “first look” photo shoot. It captured raw emotions on the face of the groom the moment he saw his bride for the first time.

Zeke and Dupree looked good together in photos. The photos, ever since they were uploaded online, drew international attention. Thousands of people shared the photos on Facebook. Farlow liked the idea of incorporating pets into weddings or any portrait session.

Farlow admitted that Zeke had a calming influence on his owner. Kristen made the best decision of including Zeke on her big day. Only the mother, mother-in-law, and bridesmaids were allowed to see the photoshoot.

This wasn’t the only instance that Zeke played an important role in Kristen’s life. During her last semester of college, she and Duncan also brought Zeke to be a companion. There was no doubt that Zeke is Kristen’s best friend.

While the reception was going on, Zeke stayed in the suite and slept. The groomsmen made sure that he was well-fed. They brought him green beans and rolls he could munch on. Zeke also partied with Kristen, Duncan, and the guests when he made an appearance at the wedding party that night.

Here’s one of the photos that showed one of the excellent bonding moments of Kristen and Zeke during the photo shoot. 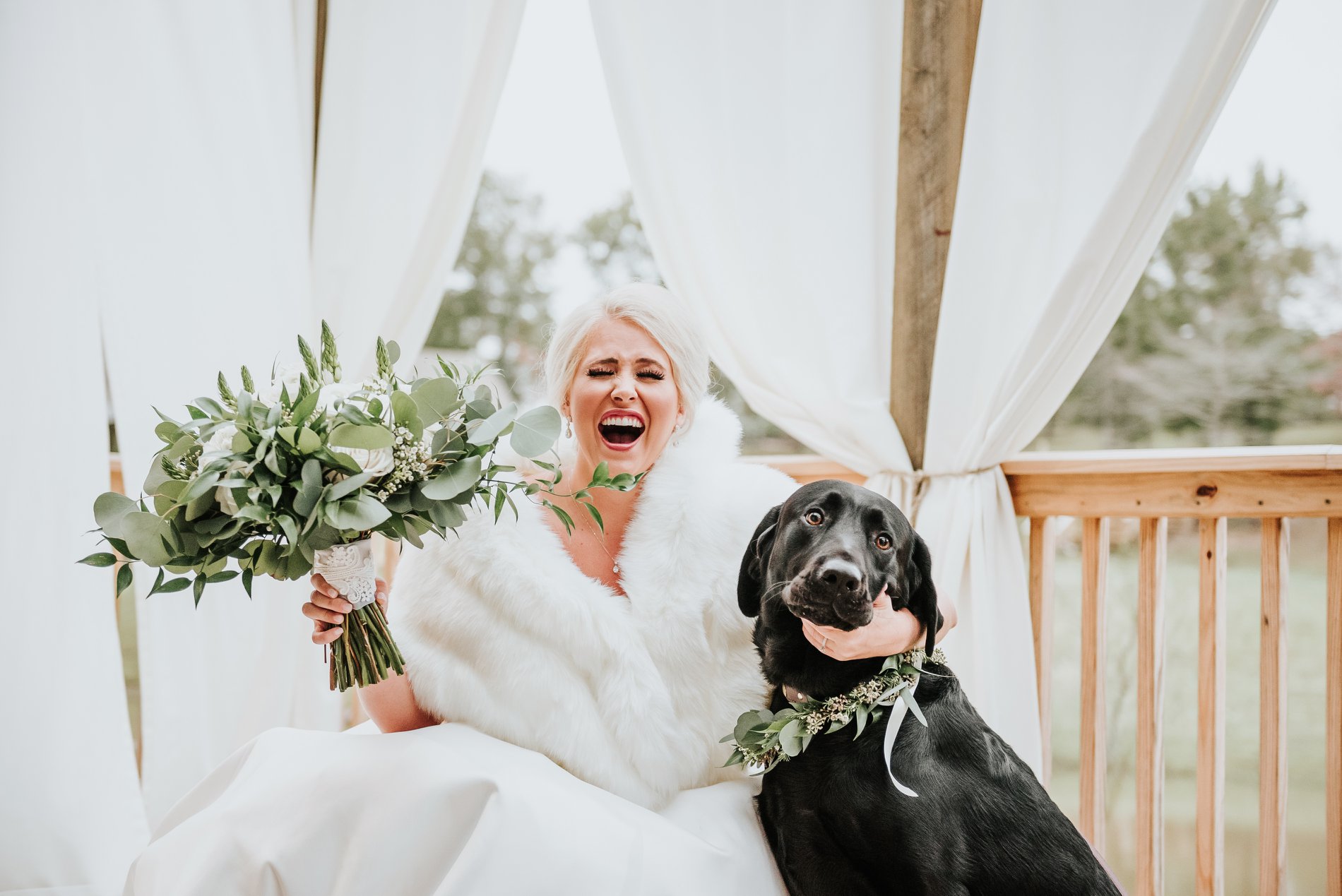