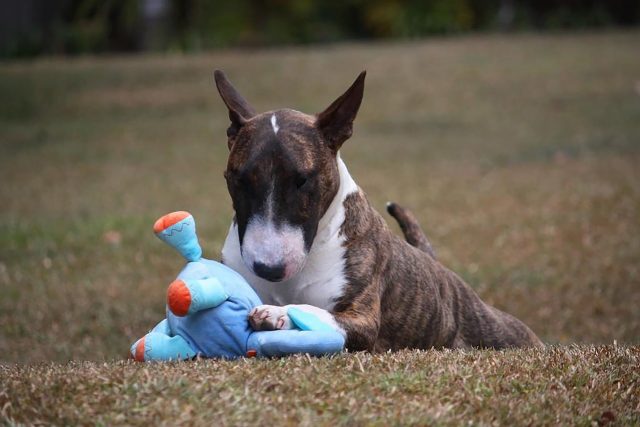 Nipsey, a one-year-old pit bull who lives in Detroit, was just playing around in his backyard on a typical day like he usually does. But things turned out to be far from the usual when his neighbor, whose house was at that time being raided by the police, threw a bag over into Nipsey’s backyard. Nipsey spotted the bag right away and proceeded to investigate.

And by investigate, I mean chew on the bag. But what was in the bag? The bag was filled with lethal drugs!

Nipsey started barking and caught the attention of the officers who were conducting the raid next-door. They saw Nipsey and the bag filled with drugs chewed up. The officers must’ve been shocked to see a dog chewing on drugs, but imagine what Nipsey’s mom must’ve felt!

Immediately the officers called the Human Society in their area in Michigan for advice. The officers assessed the situation and took Nipsey with them for treatment. Nipsey was then sent to a veterinary center in Grossfield to stay overnight to be monitored and treated for the intake of illegal drugs. It’s still not known to them how much drugs Nipsey was able to eat.

Thankfully though, Nipsey’s health wasn’t jeopardized, and he was able to go back home to his family the next day. As for Nipsey’s medical bills, they were gladly taken care of by the Human Society in Michigan. Clint Majors, Nipsey’s mom, surely is grateful towards the officers who quickly responded to the situation and shouldered the expenses.

As for the officers, they commended Clint for being a good mom towards Nipsey. Though the authorities still aren’t able to pin down who hurled the bag full of drugs into Nipsey’s yard, they surely hope nothing like it happens again. Stay healthy, Nipsey!