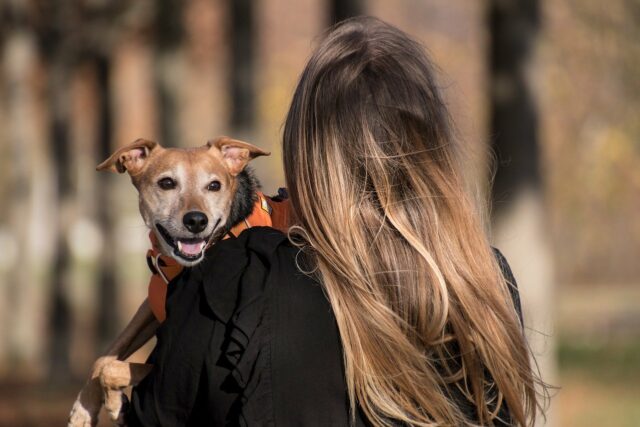 A woman from Korea found a stray dog as she was walking the streets. She noticed that the dog was tired and hungry, so she decided to foster the canine. She brought it home and took care of it. That dog was Birks.

His foster mom asked for some assistance from Korean K9 Rescue. Korean K9 Rescue is a rescue organization that helped dogs find homes. They encouraged her to post his videos online, and that’s how Mikaela found him.

Mikaela was a musician that was based in New York. When she saw Birks, she knew that they needed to adopt him. They were so drawn to Birks because of how musically inclined he was. They saw his videos online where he howled as his foster mom played the clarinet.

Mikaela and her husband were glad to discover that a dog in Korea loved music as much as they did. They immediately filed for his adoption, and when it was granted, Birks flew from Korea to New York.

The couple, Mikaela and David, were so happy to have such a music-loving pet. They loved watching how Birks listened to music intently. They enjoyed how Birks would sing along with them.

They knew how much he loved music, and the couple wanted him to express himself. They could not believe they found such a unique dog. Birks also loved being in their family because the music would constantly play. Who knew that dogs loved music too?

Birks proved that music touches everyone’s soul, including his. He was glad that the perfect family found him through his foster mom. He must be grateful to everyone involved in his adoption because he found his forever home.