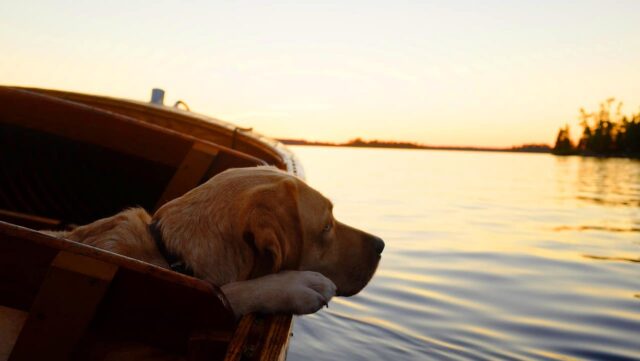 Dogs are playful and fun-loving animals, naturally curious about the strange world around them. They love typical games like playing catch, tag, or even hide and seek. Just like with humans, dogs have formed countless friendships over shared experiences in playing games and various fun activities.

One particular pup named Mischa met a new buddy who loved playing hide-and-seek with her. Mischa was exploring the tideline by the River Thames in London, enjoying the sight of the water and the curious items they found by the shore. While looking out into the water, Mischa and her owner spotted a curious seal slowly bobbing up and down as it approached them.

Nicola White, Mischa’s owner, was able to capture the animals’ first meet-and-greet on video, amazed at how quickly the two bonded over a silly game of hide-and-seek. The cute duo spent several minutes playing, with the seal ducking shyly when Mischa would cautiously go nearer. Both were obviously fascinated by each other, their impromptu activity satisfying their interest of each other’s presence.

Their newfound friendship started off with the seal gingerly climbing onto the dock toward Mischa. She creeped closer until they could both sniff at each other. It surprised Mischa with a sudden lunge, then flipped back into the water to hide.

That started a cycle of the seal hiding and popping back up, just to find Mischa waiting patiently for it to resurface. Nicole and her husband were amused at the two buddies’ antics, letting them get through their getting-to-know-each-other phase. In her own way, the seal was probably enticing Mischa to join her in the water.

Mischa was overly excited with meeting this strange new animal. But with all good things, everything has to end at one point. The seal finally left and swam back towards its own home.

Mischa gazed forlornly at her new friend as she swam away and out of sight. Someday, the dog was certain they would meet again for another fun-filled afternoon together.