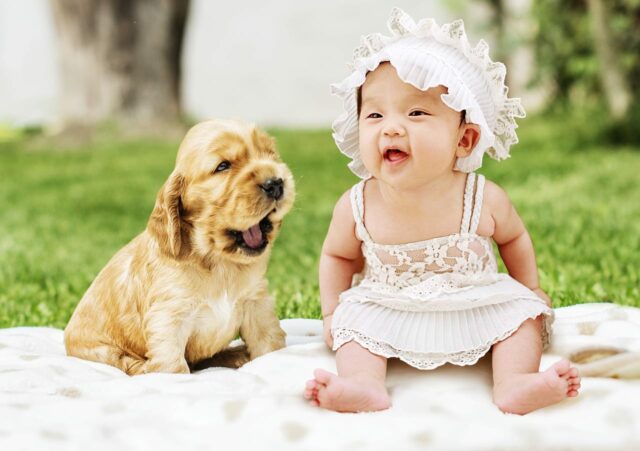 Loki is an adorable yet naughty German Shepherd who once lived up to his mischievous name. But all this actually changed when he met his match in a little toddler – his human sister, Tallulah.

Ryan Symes, the human parent to Loki and proud dad of Tallulah, shares that Loki has been considered a part of their family for several years. This was even way before Tallulah was born.

He shares that Loki was once a very naughty pup! Since he had a mind of his own, he would often do a lot of mischievous things. It was a good thing that Ryan was not a strict parent. So he would often allow Loki to do anything he wanted.

Loki would often jump on tables, chew on some paper, and basically do everything forbidden inside the house. But Ryan didn’t scold him at all which resulted to the pooch getting naughtier as time passed by.

But all that changed when little Tallulah entered their lives. When Tallulah was born, Loki instantly became a big brother and that made him take his role seriously. He always went where his little sister would go. He would allow her to touch his face and play with his furry body. Whatever Tallulah does to him, he wouldn’t mind at all.

As seen in the video, Loki’s antics never fail to make Tallulah burst into giggles and squeaks. He often showers Tallulah with constant big, sloppy kisses which the little girl loves.

Ryan adds that his little girl never once showed any fear towards the gentle giant. He all knows that they are gonna be best buddies for a pretty long time.

Isn’t it amazing how a tiny human can make such a huge difference in a dog’s demeanor?

Watch this precious video below and see how much this sweet dog really loves his little sister.