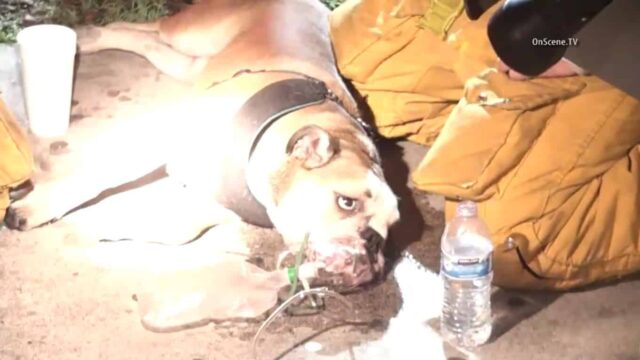 When residents of Koreatown in Los Angeles observed a huge cloud of smoke rising from the windows of the second story of an apartment building, they called 911 immediately. The firemen arrived within minutes and assessed the situation by inspecting the structure.

While there were no people around, the firefighters saw a bulldog that was already comatose on the floor, most likely due to smoke inhalation. A firefighter immediately risked his life to rescue the helpless dog after seeing her situation.

Once he had the dog brought to safety, he promptly attached an oxygen mask, hoping that the dog would become conscious. However, the opposite happened. The poor girl lay unmoving and still not breathing on the ground.

In quite a desperate effort to go and save her, the rescuers attempted resuscitation by forcing her to sip water and continually massage her stomach. When the bulldog, afterward known as Potato, finally reacted after a couple of minutes, the firefighters celebrated their victory. After suffering a near-death experience, Potato expressed her gratitude by shaking her tail and showing that off to her rescuers.

Her owners arrived shortly thereafter and took her to the vet, where they learned that their dog would have perished if the firefighters hadn’t spotted her.

The fire seemed to have originated in the kitchen of one of the homeowners, but the cause is still under investigation.

Potato will be as healthy as a horse after receiving adequate rest.

These fire warriors surely rescued the day and gave back Potato her life.

This story teaches us that heroes do not wear capes. They are ordinary people with great responsibilities and a lot of conscience.

One cannot express how difficult it is to be one without first experiencing it. Nonetheless, we appreciate them for doing everything they can to preserve lives. We should always honor our fireman heroes! 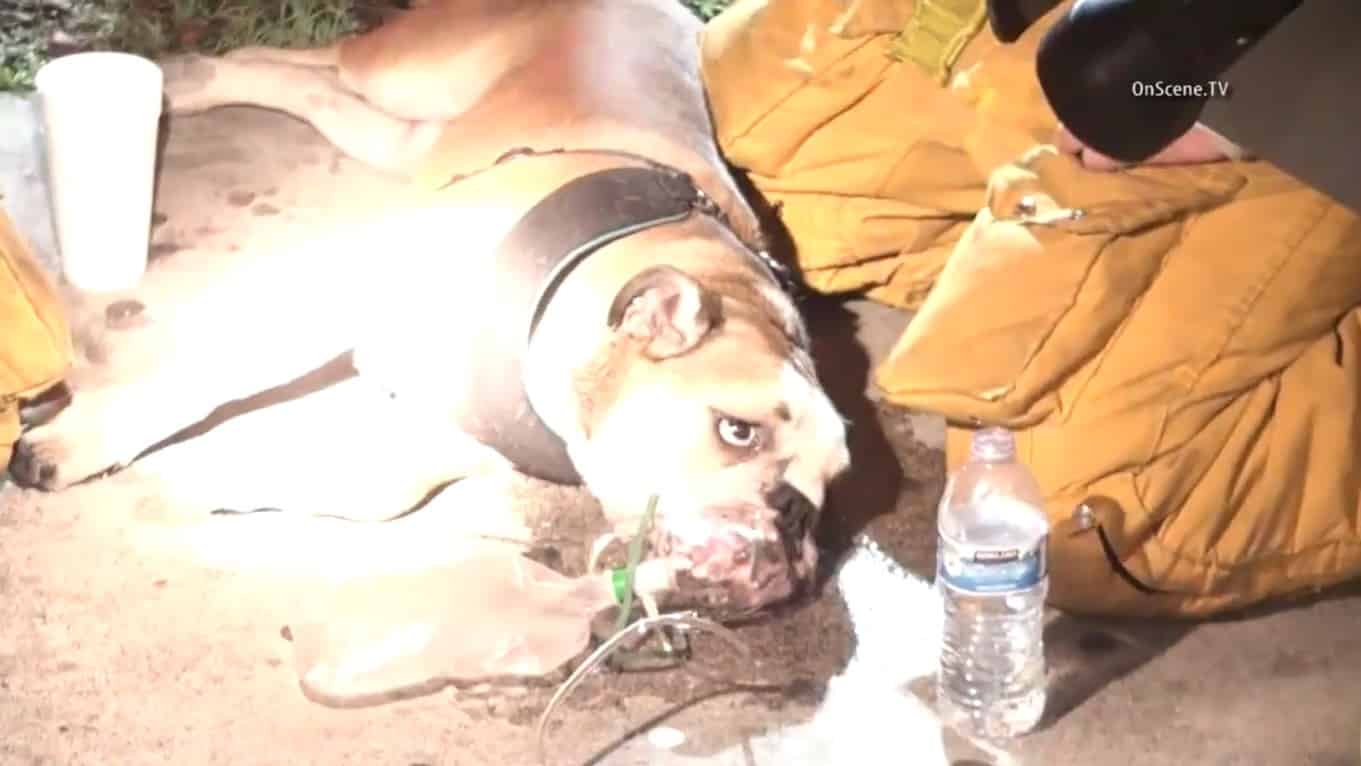