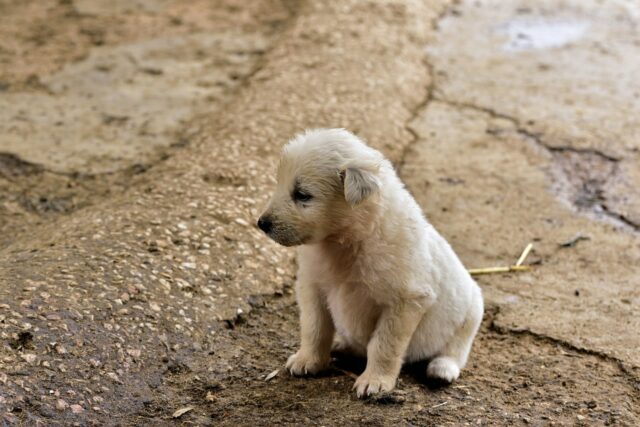 Ashley is an animal lover who lives in a San Jose suburb. While she was out for a walk one day, she came across a small box that someone had left on the curb. When she peered inside, she was shocked to see a tiny puppy lying motionless. As a foster volunteer for years, she knew that the pup would not last long without any help.

The kind lady took the box and immediately brought it back to her home. Ashley rushed the puppy to her room, where she gave him a warm and comfortable place to stay in. She didn’t know how long he had been left alone, so she decided to get the pup something to eat. She prepared formula and some wet food, ensuring that the young puppy, around two to three weeks old, never got hungry.

Ashley and her family watched over the tiny pup closely. They frequently cleaned him up and made him feel loved. But something about the puppy, who she named Jackson, doesn’t seem right. The kind young woman took him to a vet.

After a series of tests, the vet told Ashley that the abandoned pup was effectively blind and had some hearing impairment. Aside from that, Jackson was also anemic.

After a few days of medication, the pup transformed completely. He became more active and affectionate. The rescue pup loves playing with toys and getting snuggled.

Once Jackson was big enough, Ashley introduced him to her cat named Dan. The two friendly creatures hit it off quickly, and they immediately became inseparable. Dan showed Jackson how to play and helped him blossom.

With constant nurturing, he grew up to be a healthy dog. And despite his impairments, Jackson is happy with his life. Who knows what would have happened if Ashley didn’t find him.