Home Dog Stories Scared Chihuahua Hides Under A Shipping Container For Weeks After Getting Hit... 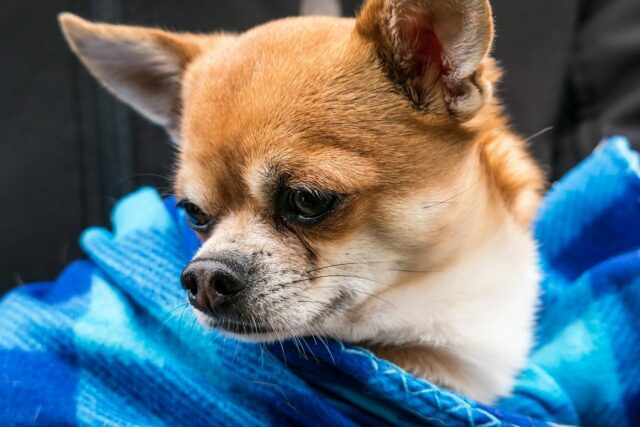 A nonprofit rescue group received a call from a concerned citizen about a tiny chihuahua that was severely injured. The caller said the small pooch was hit by a car but amazingly survived. After the incident, the chihuahua dragged herself into a nearby lot and found refuge under a shipping container.

The dog stayed there for weeks, still in pain and lacking food. And although she has managed to keep herself alive, the lack of medical treatment and nourishment may hasten her demise.

The Los Angeles-based rescue group sent a team right away.

The shipping container where the dog was hiding was raised only a few inches off the ground. There was no way the rescuers could crawl in to get the chihuahua. The small pooch was frightened of the humans and stayed at the very end by a wall.

The rescuers tried to call out to her, but she refused to come out. They tried offering her some food, and it didn’t work either. The small dog just kept growling at them.

One of the rescuers shoved a long pole with a net underneath the container to coax the pooch out. He moved it around, and this drove the chihuahua out. There was only one exit, and they were able to catch her as she was running out.

Back at their facility, a vet examined the dog and did some x-rays. The results then showed that she had a broken bone by her hip. So they did surgery on the pooch. After the vet released her, the dog was transferred to a foster home.

Eight weeks after getting rescued, the chihuahua, now named Amy, fully recovered. She also had a fantastic transformation in her character. She is no longer scared and aggressive. The playful and affectionate pup is now ready to find her new family. 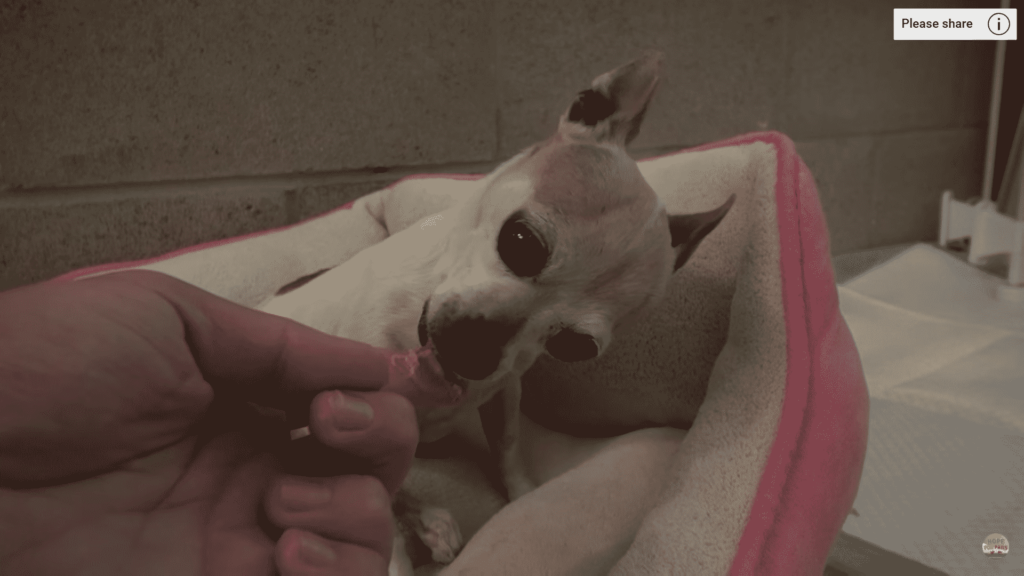