Home Dog Stories British Construction Worker Thought That What He Saw Was A Pile Of... 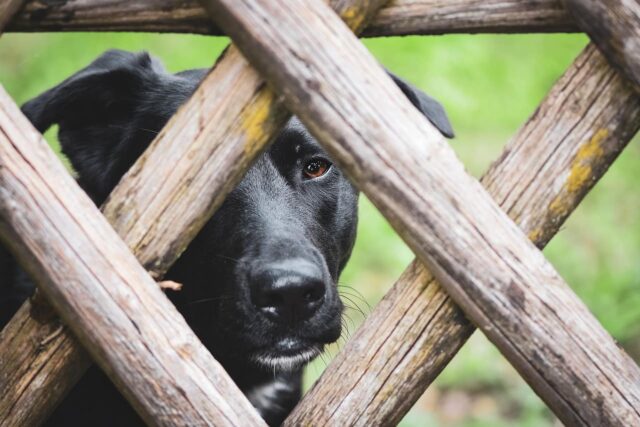 Matt Southcott is a construction worker who works and lives in Hampshire County, UK. While he was walking one day in Winchester, he noticed a pile of dirty black rags on the street. He didn’t think much about it. But when he got closer, he was surprised to see the pile suddenly move.

Matt couldn’t figure out what kind of animal it was. His initial thought was they were sheep as they had thick fur. Upon closer inspection, he realized that the creatures were dogs. And they were a family. Aside from their mama dog, there were eight puppies in the pile.

The kind man easily saw that the family needed help. He couldn’t find it in himself to just leave, Matt knew that his conscience would hound him. He would never be able to get the dogs out of his head. So he immediately called the Royal Society for the Prevention of Cruelty to Animals (RSCPA).

Matt waited for the rescuers to arrive and only left when he knew that they were in safe hands. Once the dog family was in the shelter’s vehicle, he felt instant relief.

Back at the shelter, multiple staff members worked together to clean and groom the dogs. It took the dedicated personnel approximately three hours to shave the deeply matted fur on each dog. The task became even more difficult because the creatures were scared of human touch. When the staff was done removing the fur, they were able to fill up three sacks with the dogs’ dirty hair.

A vet checked on them after and later said that the dogs showed signs of abuse. Someone beat them up. No one knows exactly where the dog family came from, but the shelter is dedicated to providing them with a bright future. They are working closely with several charity groups to find all of them their forever homes. 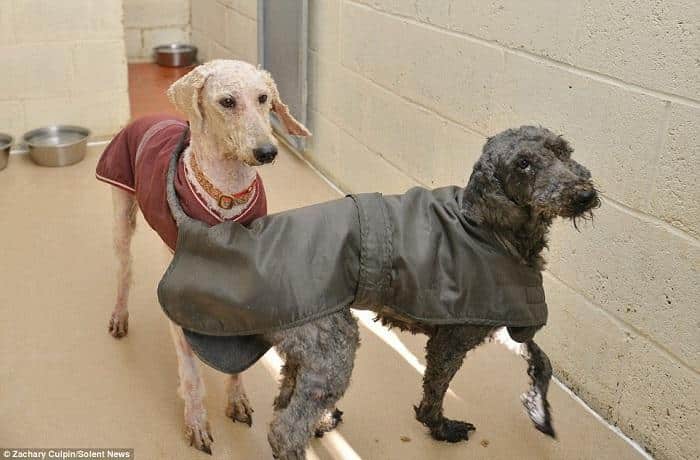