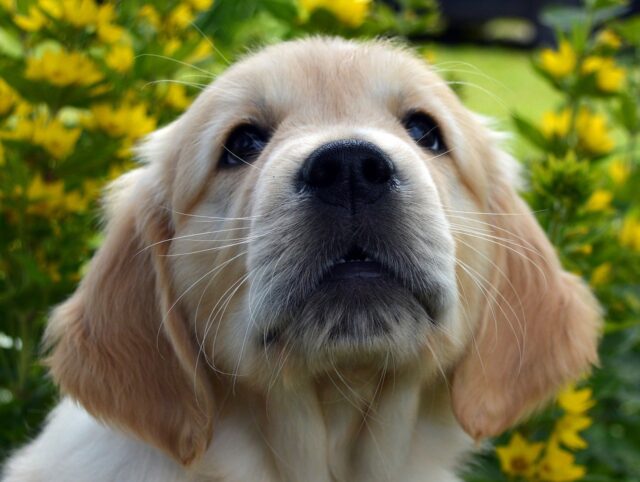 There’s always a certain pang of sadness that hits you when you come across stories about humans abandoning dogs. But almost instantly, this is replaced by relief when good Samaritans come to the rescue and give these beloved animals another chance at a happy life. This is what happened to this golden retriever. 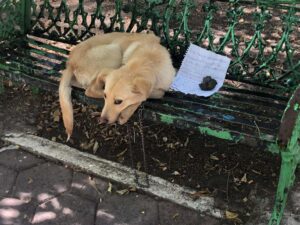 A seven-month-old dog was left to fend for himself, unmoving and chained to a bench in Mexico City. He had that look that told you he was still waiting and wondering when his family was coming back to get him. But based on how sad his eyes were and how warily he regarded the strangers who looked at him, he knows something isn’t right.

The news about the abandoned dog reached Marcela Goldberg, and she came over where the puppy was together with Azul Galindo, a fellow rescuer. This wasn’t surprising as there were many instances of dogs being abandoned since the pandemic broke out.

In an interview, Galindo said that the people who saw the dog already gave him food and water, seeing he had nothing. None of them could come near him, though, because the hound was scared—growling and snipping at anyone who got close. Next to him was a heartbreaking note written by a child, who could only be the dog’s previous owner. 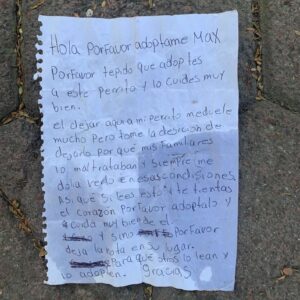 The author of the note asks whoever might be reading the message that the puppy be kindly adopted. He further explained that it hurt for him to leave the dog there, but he wanted to save him from relatives who abused his pet.

The real tearjerker is the part where it says that if you were reading the note and your heart is moved, that Max be adopted, with a small plea that he be taken good care of. But if the reader is unable to, he asks that the note be put back so that others might, in the off chance.

The poor dog’s trauma seems to run deep as he still shook when Goldberg tried to approach him. She wore protective gloves just in case, but it was still tricky. She had to get in touch with a trained professional with knowledge on how to handle aggressive dogs. They were given instructions via video call—and it successfully allowed them to get the loop over his head and cut the chain.

Cutting the chain worked wonders. Max’s behavior changed—he was still a little scared but didn’t growl at his rescuers anymore. Goldberg took him in her car and began petting him. He was already calm the moment they arrived at the shelter. 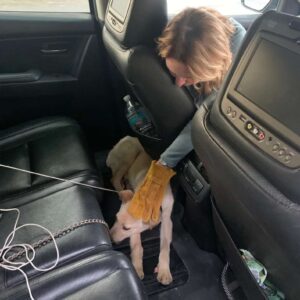 He has been renamed Boston and has begun to trust humans again, allowing his playful side to shine through. 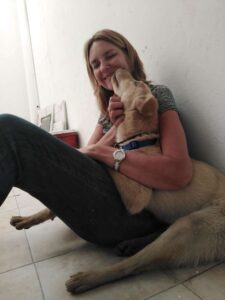 Goldberg describes him as sweet, affectionate and loves giving kisses and playing with the ball that his vet gave him. He has transformed into a different dog, indeed. Currently, his rescuers are in the process of reviewing applications for his adoption to guarantee he will land a good family.