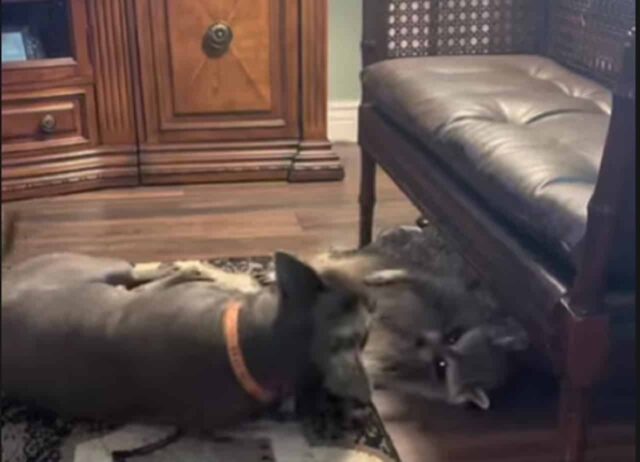 Dogs are among the friendliest bunch of animals on our planet. No matter who they end up meeting, canines manage to turn them into their lifelong playmates.

Thus, a playful canine wrestles with its raccoon pal inside their home. Even if the raccoon tries escaping, nothing can make the doggo stop from having fun with its friend.

So, who do you think is stronger?

In this fascinating footage, two furry animals chill out on the living room floor. One of the animals’ a dog named Hoss, while the canine’s raccoon pal is Waylon. 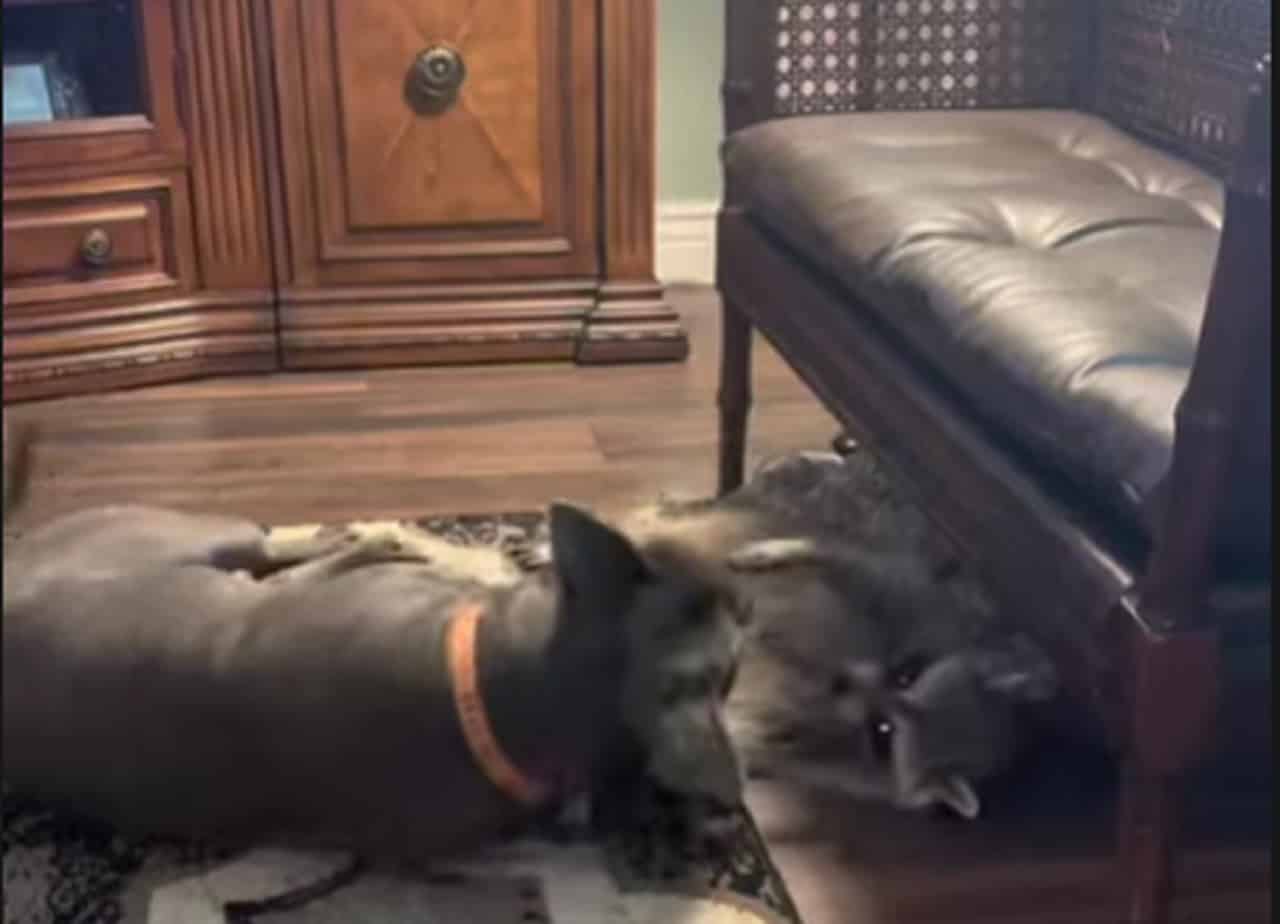 Yet, Hoss and Waylon aren’t prepping to take their nap as they soon begin to wrestle with each other. The doggo even tries biting the raccoon’s snout but to no avail thanks to Waylon’s clever tackle-down move.

But, Hoss’s not one to back down as he rises from the raccoon’s sneaky move. Before Waylon can prepare himself, the dog begins nudging him until the raccoon’s under the couch.

Thinking that he’s already the winner of their wrestling match, Hoss walks toward Dad and gazes at him. Yet, instead of congratulating the doggo, Dad asks him why he’s letting Waylon go.

Confused with Dad’s reaction, Hoss continues gazing at him. But, instead of answering the doggo, Dad asks Waylon the same question as that of Hoss.

Yet, Waylon ignores Dad and continues playing with an unknown object on the floor. Sensing that he needs to wait, Hoss decides to peek outside. 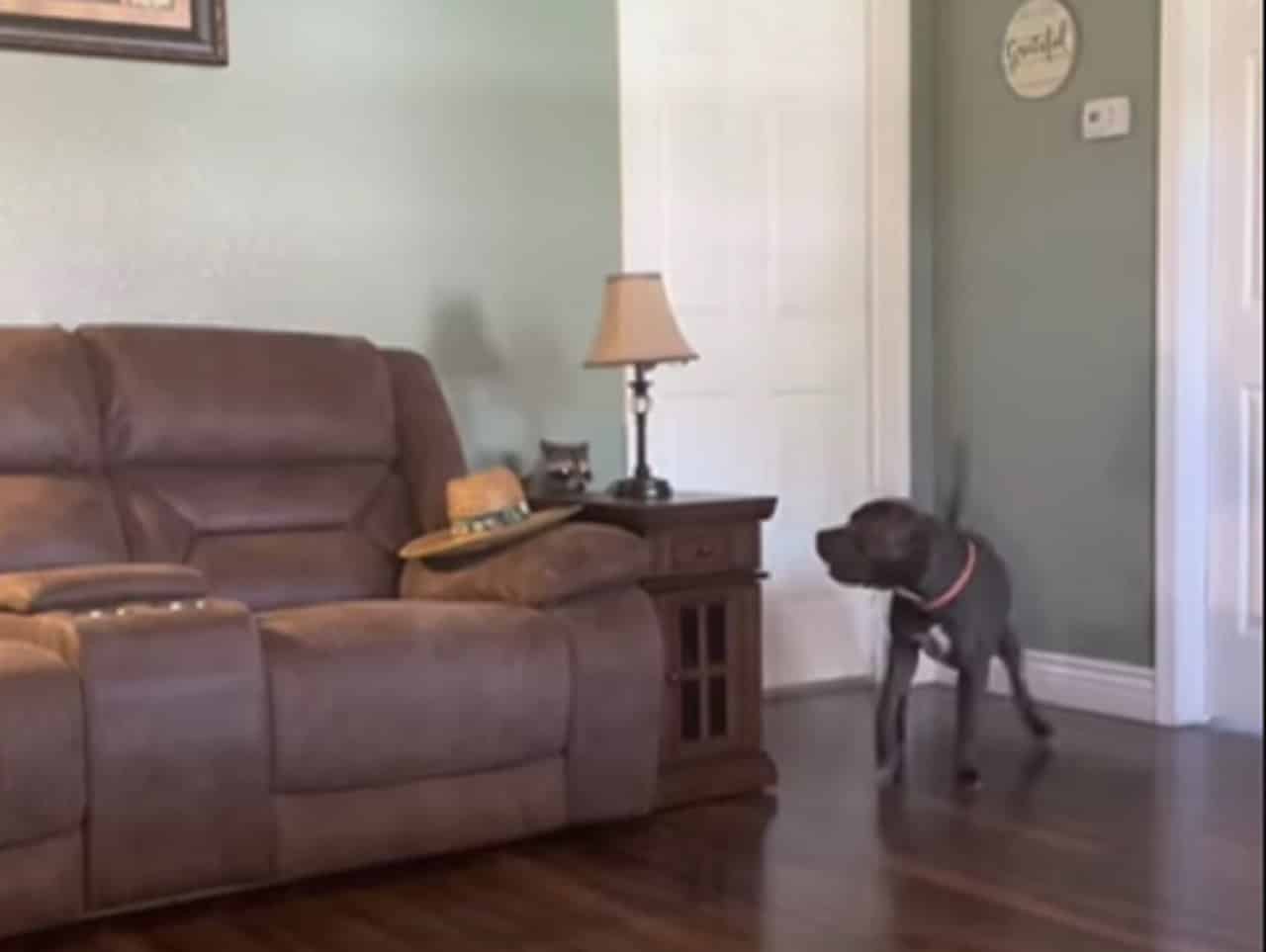 The moment Waylon sees Hoss’ sidetracked, the raccoon heads off to the other couch in the room. But, Hoss soon realizes that Waylon escaped.

Hence, the doggo begins searching the nearby sofas to find his raccoon pal. Do you think Hoss discovers Waylon’s hideout eventually? Better stay tuned and continue watching these furry mammals in live-action below.