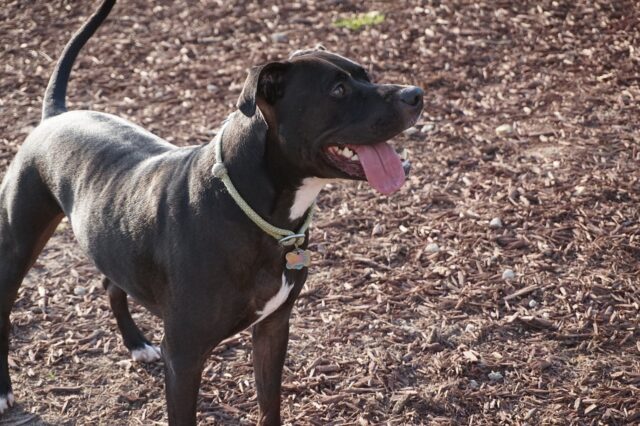 Tom is a four-year-old dog that has spent all his life tied to a tree. He was raised by a backyard breeder in Alabama that used him as a breeding dog. He was never treated as a pet and was there merely for profit. The poor pooch was regularly exposed to extreme weather conditions, was rarely fed, and didn’t receive any medical attention.

When the mistreated dog was found, he was merely 40 pounds. His ideal weight would have been around double that. He was also covered with mane and infested with worms. If he wasn’t rescued, there was no doubt that he wouldn’t live a long life.

Tony’s rescuers took him to Minnesota where he was placed in a facility run by a nonprofit animal rescue group. He was given some medical treatment, but he was a very long way from fully recovering. The rescue group had numerous animals under their care, and they could not devote all their resources to one dog.

The rescuers hope that somebody would adopt Tony and give him the help that he needs.

To give the skinny dog exposure to potential adopters, they included him in an adoption event. That is where a kind man living in the area met Tony.

The man, who wanted to remain anonymous, saw Tony and drifted towards his crate. He read the dog’s history, and he felt sad for what the poor pooch had gone through. As he looked at the dog, their eyes met, and the man could see that the dog was wounded emotionally and physically. He decided to adopt him that day.

Tom’s new dad took him to a vet a few days later. He had a long list of health needs, including surgery. This did not deter the kind man. He was determined to bring the dog to full health.

And in a couple of months, the dog reached his ideal weight, his mangy fur turned into a beautiful shiny coat of hair, and his surgery was successful. More importantly, Tony was turning into a happy dog. 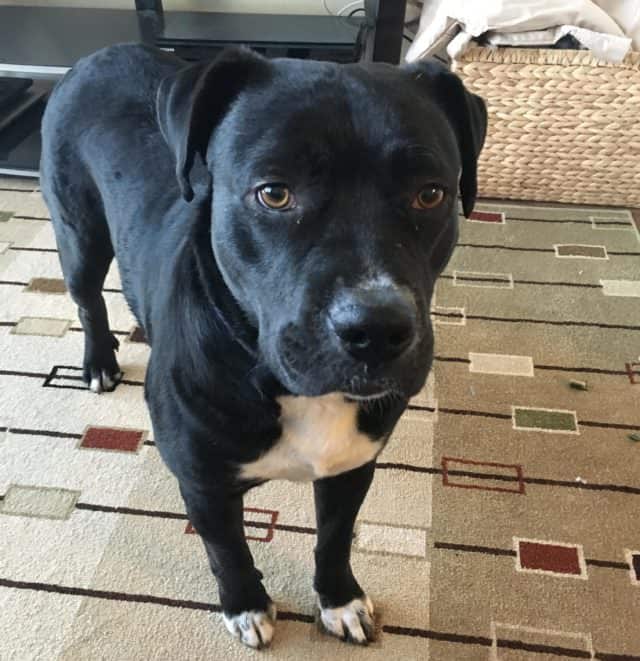