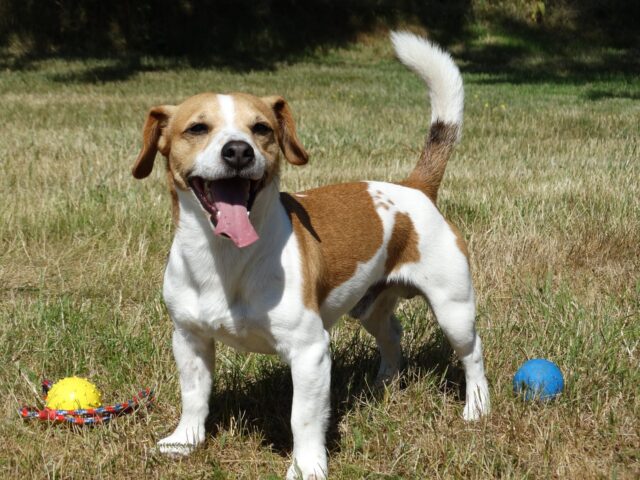 Wink is a Jack Russell Terrier mix that underwent a lot of hardships in his life. He was barely three months old when some cruel person gave him a terrible beating. The small pup survived, but the damage was extensive. His skull sustained a lot of fractures, his jaw was crushed, lost one of his eyes, his teeth shifted, and tissue and bone fragment accumulated in his nasal passages.

The puppy was taken to a shelter in Mobile, Alabama, and everyone was horrified of the state that he was in. According to a vet, if he had received more trauma to his head, Wink would have had fatal brain damage.

As the local shelter doesn’t have the resources to help him recover from his injuries, they quickly placed Wink on their kill list. Fortunately for the puppy, a nonprofit organization got wind of his plight and quickly took him in. They gave him the medical treatment that he needed, but the vets said that he would always have special needs.

If anyone even took the chance to adopt him, they would have to face a lifetime of costly care. They would also have to devote a lot of their time and effort to providing the dog with a good life. It seemed that finding a person who would agree to that is impossible.

Kim, a resident of Mississippi, came across Wink’s profile online. She felt sorry for the dog and, at the same time, fell in love with him, She talked to his husband about adopting the dog, but he said no. Their family doesn’t have the financial resources to provide the dog with his treatments.

The determined woman wasn’t going to let money get in her way. She created a website, a Facebook page, and a GoFundMe account to raise money and awareness. She also started selling merchandise and held bake sales for the dog’s care. Eventually, she was able to raise more than 20,000 dollars and finally adopted the injured pup.

Using the funds Kim raised, Wink underwent several surgeries. He has made a lot of progress. And when he is well enough, Kim will take him around schools and tell his story. She wishes to make the dog an inspiration for kids. 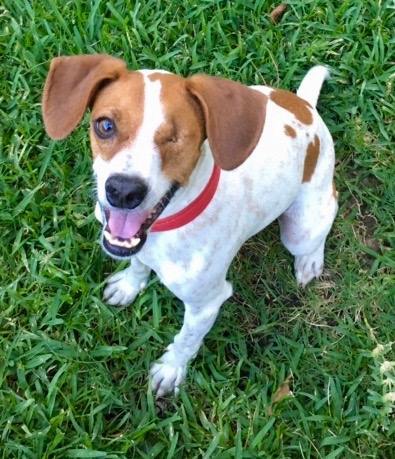