Many internet users who come from all around the world have fallen in love with Lucky. Lucky is this chihuahua mix that was rescued from Thailand.

When his owner went and took a photo of him and posted it on Facebook, he became famous all over the world.

Why did Lucky become so popular? This is due to his truly unusual facial traits, which distinguish him from other canines. As you can see, he has a single thick right brow. That isn’t something you see on a dog every day.

But it’s his eyes that really grab your attention. You’ve definitely seen dogs with two different eye hues, but Lucky’s eyes are the most captivating. One is a dark brown color, while the other is a bright electric blue. Overall, this dog appears to be something out of a storybook or a science fiction film.

Lucky is owned by a woman named Charice Fca Cha, who stated that she adopted the dog after seeing a photo of it on Facebook. The caption stated that Lucky was available for adoption, and that was all it took for Charice to make the decision to adopt him.

Charice claimed that she fell in love with Lucky the moment she saw him. Lucky’s original owner was the one who shared his photo. Charice contacted the owner, they worked out a plan, and Charice was excited to welcome Lucky into her house.

Charice was overjoyed to be the new owner of Lucky. She wanted to share her happiness with her pals, so she snapped a picture of her puppy and shared it on Facebook. But she had no idea how many people would react to the photo. Lucky and his dazzling blue eye, in fact, became viral, garnering over 11,000 reactions and counting.

However, we aren’t surprised in the least. Lucky is a one-of-a-kind dog! 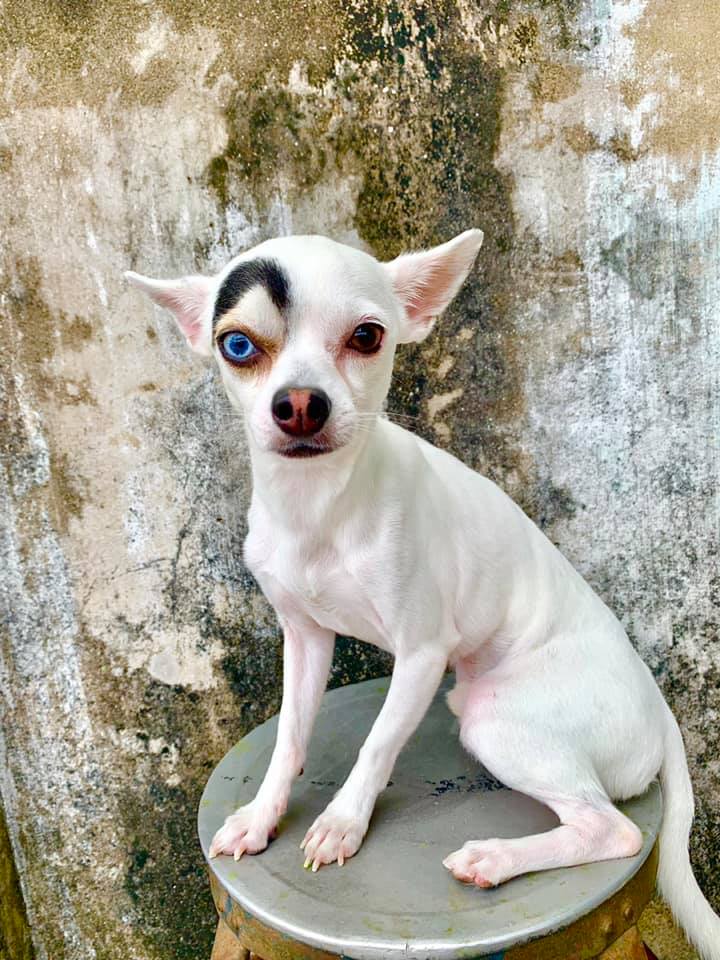