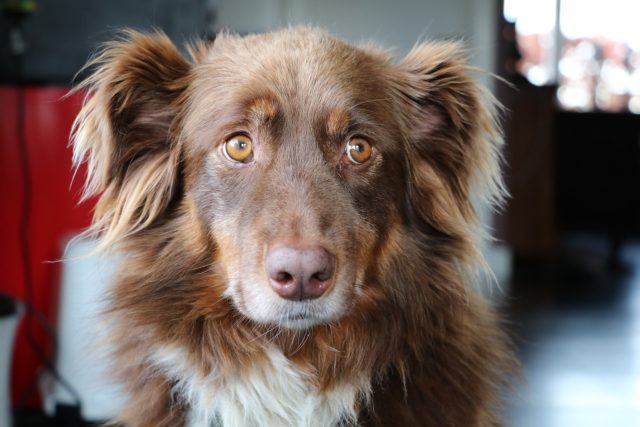 Setting the world on fire sounds exciting, but it is not so much with setting a house on fire. The former might be the intention of two mischievous dogs, but they ended up doing the latter. Thankfully, no one was hurt so that everyone can laugh about it now.

A house in Los Alamos, New Mexico, was accidentally set on fire by a nosy puppy. A security camera captured the unfortunate incident. The scene started with Kahuna, a nine-month-old doggo curiously sniffing around an ironing board. Unfortunately, he knocked it over along with some stuff into the heating vent. You can see his guilt as he immediately distanced himself from the mess.

His fur sibling Paige got curious too and started sniffing around the clutter. Things around the vent started heating up until it caught on fire. However, as the fire grows, the two naughty dogs are clueless and could not be bothered until it eventually got too hot, they decided to leave the room.

Thank goodness the fire department responded immediately. The fire was put out before becoming a real threat, and the firefighters successfully evacuated the two dogs involved in the house fire. They are now using the video to warn everyone about the dangers of house fires involving innocent yet mischievous pets.

Homeowners are reminded not to put any combustible items within three feet of any heating or heat-producing device. They should install smoke alarms or ensure that existing ones are working. Escape plans should also be provided just as the one demonstrated in the video.

Freak accidents can happen anytime. Chances might be a bit higher with unsupervised naughty pups. Just make sure to follow the fire department’s advice to avoid such, or you can watch the hilarious video of Kahuna and Paige to remind yourself.

Curious Pup Caused Home Fire. LAFD responded to a structure fire where two pets had evacuated safely. LAFD recommends homeowners ensure that smoke alarms are installed and working, that no combustible items be placed on or within three feet of heating devices or heat producing appliances. Another important safety practice is to have an escape plan as demonstrated perfectly in the video.