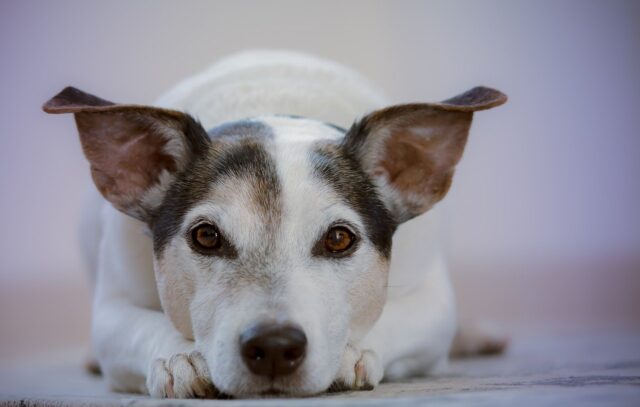 Dogs who have a horrible past tend to become terrified of a lot of things, including people. It takes time for such dogs to transform and be more trusting of people.

Mark was a dog who had serious issues and traumas. He wasn’t just a terrified dog; he wanted to be away from everyone. Whenever someone would attempt to touch him, he would run away or cower in fear.

Shira saw Mark and wanted to comfort him. She would sit down with him inside his kennel. She would stay still to let him know that she means him no harm.

Shira saw small changes to Mark’s behavior. Soon she was able to feed the dog from her hand. After some time, she decided to transfer him to their facility so a trainer could help him.

I took over an hour to move Mark from the shelter to the car. It was all worth it because Mark’s life changed when he was put under the care of a guy named Austin Stidham. He was the man who helped the dog change perspective.

On the first night of being with Austin, Mark was anxious. However, after sharing a burger together, they became closer. Soon Austin was able to touch Mark little by little.

Mark stopped cowering, and his tail became more lively. After finishing his stay with Austin, Mark was transferred to his foster parents. He immediately got along with the other dogs in that house.

Eventually, the foster family called Shira and informed her that they wanted to adopt Mark. It was amazing news for Shira and Austin. All the time and work they put in for Mark paid off.

Mark’s story goes to show how patience and persistence can help dogs change. Most shelters would deem him unadoptable. Fortunately, there are people out there like Shira and Austin who are willing to make an effort to rehabilitate dogs.