Home Dog Stories This Girl Wanted To Take Care Of A Stray Dog, But Her... 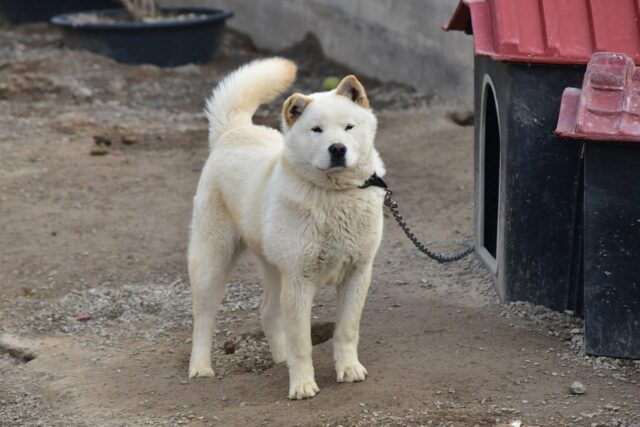 Sometimes stray dogs become attached to people who are kind to them. That’s why it’s common to see them following anyone that gives them food. Sometimes those types of interactions allow strays to find a permanent home.

A young girl from South Korea has formed an interesting friendship with a stray dog. This dog would always wait for her at the same spot whenever she got off from school. After greeting each other, the dog would often follow the girl to the front of her house.

At first glance, nothing seems wrong with the situation, but there’s an obstacle to the girl and the dog’s friendship. The little girl’s mother does not approve of having the stray dog near their property. She always tries to shoo the dog away when she sees him.

No matter how often the girl pleads, her mother refuses to adopt the stray dog. The mother insists she cannot take care of a dog, so she wants her daughter to stop bringing it to their home. The woman believes it would be best for her daughter to cease her friendship with the stray.

On some days, the daughter would sneak the dog into the house. She puts the dog in a corner her mother would not spot. This sneaky habit continued until the day when the daughter was caught red-handed.

The daughter tried bringing the stray into the bathroom to give the dog a bath. However, the dog ran around the house and caused a ruckus. Shortly after, the mother arrived home from work and saw the scene.

After getting caught, the daughter received a stern scolding, and the stray was kicked out. Naturally, the daughter cried while the mother scolded her. Meanwhile, the dog waited patiently outside the home, looking for a chance to get back in.

Will the mother finally accept the dog and her daughter’s friendship? Perhaps the woman might change her mind after seeing her daughter’s determination. There’s more about the conclusion of this story in the link below.