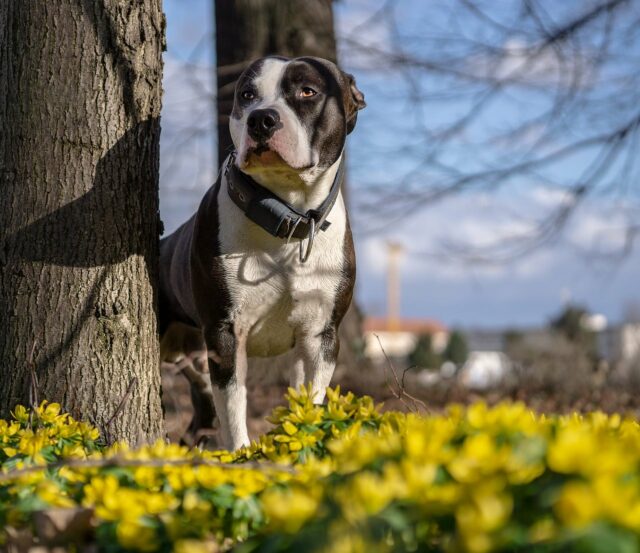 It’s fascinating how some dogs can have unusual reactions to certain phrases or even songs. It’s not uncommon to hear a story about a dog singing along to a random tune. In the case of the pit bull named Turbo, he always howls when hearing the happy birthday song.

Turbo’s owner found out about his unique reaction while she was watching television. The show on the TV included a part where people sang happy birthday to the main character. At that time, Turbo was asleep but suddenly woke up to howl to that song.

The happy birthday song is the only song that Turbo sings along to. It doesn’t matter how many times people sing it in a day; he will always react the same way. Additionally, the more people singing the song, the louder his howl gets.

There’s more to Turbo’s personality than just being vocal. He’s also a silly dog that is accepted and treated like one of the owner’s sons. He makes his owner feel loved and wanted 24/7.

A lot of the owner’s neighbors love to interact with Turbo. However, there are always a few who would actively avoid interacting with the pit bull due to stereotypes. The owner shrugs off the negative reactions and cherishes those who treat Turbo positively.

Turbo also has a lot of dog friends he constantly plays with. He would often hang out with the neighbor’s dogs whenever they visited. Although sometimes, he gets scared of the chihuahuas, even if he’s the bigger dog.

Even if Turbo’s family adopts other dogs, he will still be the special one. His owner regularly reminds him of how much he is loved. Regardless of his antics or odd behavior, Turbo will always be the most loved dog in his owner’s home.