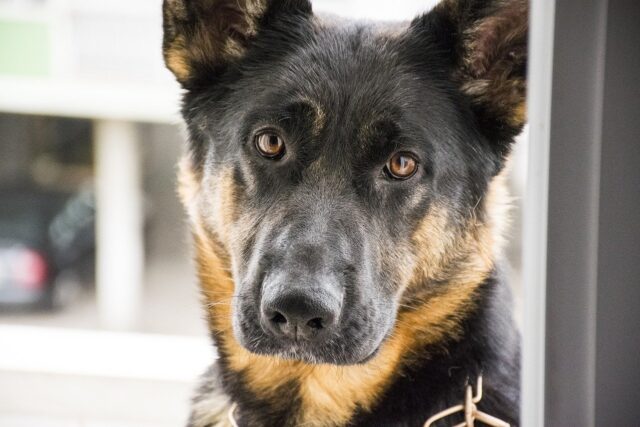 Sometimes dogs are born with special conditions that make them stand out. Not everyone likes to adopt dogs who are different. Despite being different, some very kind individuals want to take care of special puppies. The following story is about such puppies.

Zander and Xavier are both German shepherds that don’t have fur. Nicole, the person who fostered both dogs, learned that they had a condition called alopecia. It’s a type of autoimmune condition that makes the dog’s immune system attack hair follicles.

After a month of being in foster care, the two dogs were ready for adoption. A video was posted about them on the internet, and people have signed up to adopt them. Zander and Xavier are getting sent to separate homes, so they have a chance to develop their personality even further.

Tyler was the man who adopted Xavier. He also has alopecia and became bald. That’s why he feels a special connection with the dog. He drove for two and a half hours to meet his new dog.

Aida was the woman who adopted Zander. Aida has a very active lifestyle and loves to explore the outdoors. Nicole feels that it’s the perfect type of lifestyle for Zander to have.

Aida had another dog named Tank. Zander got along with him just fine. He also explored his new home as any dog would.

Xavier loved his new home too. There was a good view of the city because they lived in a high apartment. He also met another dog named Cona, who belonged to Tyler’s girlfriend.

Xavier and Zander’s new owner went on a video call to show each other their new dogs. They were both amazed at how similar the two siblings looked like.

Xavier was shy during the first few days. He eventually got more comfortable and enjoyed playing with Cona a lot. Zander is also enjoying his new life.