Wolf, a Maremma Sheepdog, was adopted by a woman named Kate when he was only a year old. Kate was already Wolf’s fifth owner at the time.

The woman was approached by the rescue organization that took Wolf in after his previous adoption failed. She got in her car to meet this dog. She fell in love with Wolf at first sight and returned home with him.

Kate’s first rescue dog was Wolf. She had past experience with large dog breeds but had no desire to get one, let alone a Maremma. Wolf, according to Kate, was initially tough to handle. He’s cute, fluffy, and entertaining, but he’s also a lot of work. She needed a lot of patience. She also needed to learn respect, be exciting, and have a strong will to train and work with him successfully.

With the guidance of a behaviorist, Wolf developed into a huge cuddle bug and protector four years later. When it comes to babies and the elderly, he is very gentle.

The giant dog is compassionate, loving, and protective of the younger, weaker, and more vulnerable creatures. He’s also aided Kate and her children in their kitty rescue efforts. With these young cats, he is exceedingly patient and caring.

Wolf also volunteers as a therapy dog at Kate’s school, helping youngsters in need. He’ll enter a room silently, move around, and then sit down next to the child who appears to require assistance.

A big Maremma hug is occasionally required by the kids. They may also require the assistance of someone with whom they can connect to. Wolf has even alerted Kate to save the life of a child who may have suicidal thoughts or plans on several occasions.

Wolf has been a source of immense inspiration and comfort to everyone around him. So, even though rescuing animals has its drawbacks, Kate finds it all worthwhile in the end.

Kate also emphasized the necessity of finding a dog that matches one’s experience, environment, and skills. People should do their homework before adopting a dog simply because it is cute and attractive.

Kate went on to remark that the greatest reward for her is being able to spend time with loving creatures who would otherwise be abandoned. 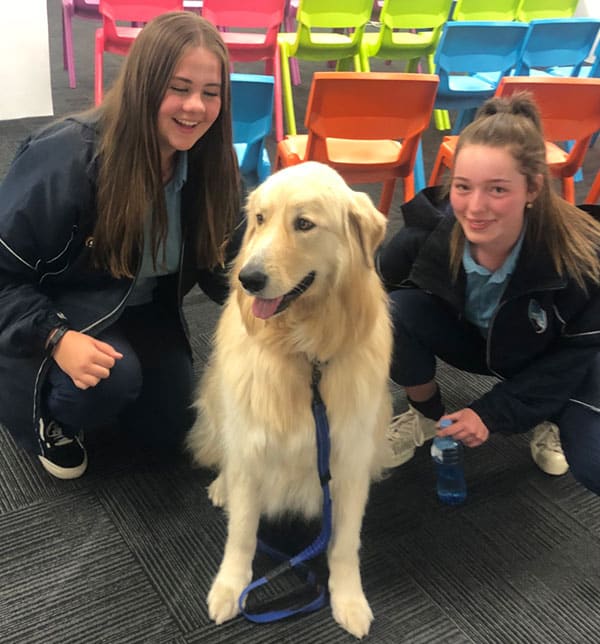