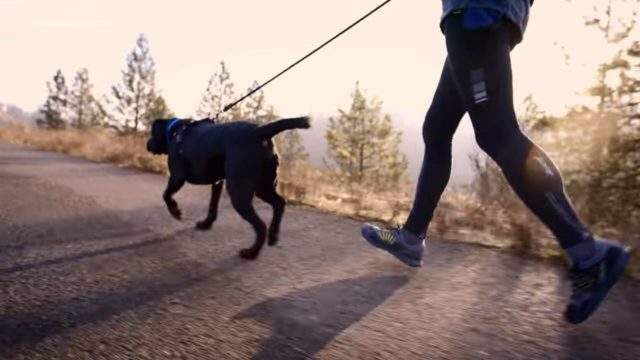 A man named Eric weighed about 340 pounds and had a laundry list of medical problems including Type 2 Diabetes. He was spending so much on medications that ranged from his cholesterol to his blood sugar. When he approached a nutritionist to help him get back on track, he was recommended to go to his local dog shelter and adopt a dog. This was so that he would have the motivation to walk and also to become more sociable.

So Eric went to his local shelter and asked for a dog that was middle-aged and obese so that they would have something in common. When he met Peety, it was only a matter of time that they became inseparable. They would go out and walk for at least 30 minutes every day.

Over the course of a year, they both were able to lose a significant amount of weight. With a change in his diet and his regular walks with Peety, Eric was able to shed over 140 pounds. He no longer had any medical problems and his diabetes disappeared. Peety also lost about 25 pounds and was more energetic and happy.

Peety came from a family who just kept him in a cage and did not play with him. He would always be alone. But thanks to Eric, he now has a new lease in life. Not only is he a healthier dog, but has also become a proud and content one.

Both of them have had their lives changed for the better because they found each other. Because of the love and encouragement that Eric felt from Peety, he was even able to win his very first marathon! From being overweight and sickly to being a marathon runner, having this rescue dog with him truly changed his life.

Check out their story here: